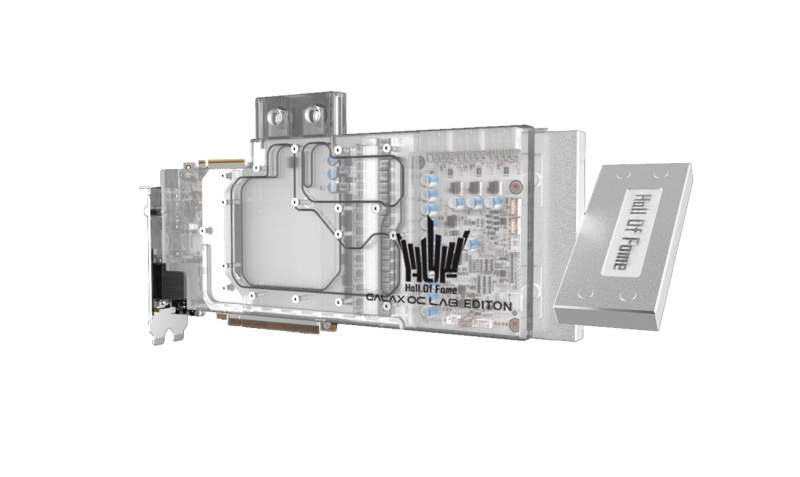 GALAX has now opened up the pre-orders for their new RTX 2080 Ti graphics cards. This is not the same as the Hall of Fame air-cooled edition we saw earlier however. This is the new limited OC Lab Edition model which is top of the line, even among the Hall of Fame series.

Naturally, this kind of RTX 2080 Ti cannot just be cooled by a mere air cooler. So GALAX teams up with Bitspower and slaps their custom water block on it. This water block has a full view glass acrylic so users can still admire the gorgeous white PCB underneath. As well as see the cooling engine of course. 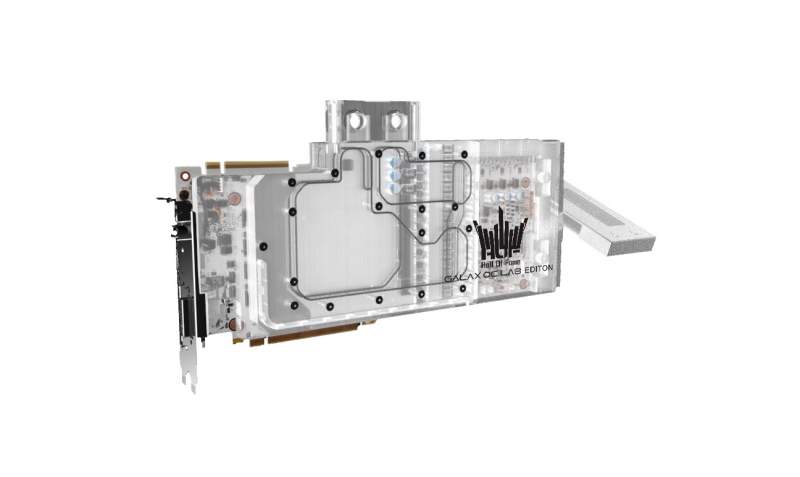 The top end of the RTX 2080 Ti Hall of Fame OC Lab WC Edition appears to have a label piece which flips up or down. I’m not exactly sure what this is other than maybe for looks. The product page for the card itself does not reveal any further information regarding it.

It is now available for pre-order for $1799 USD directly from the GALAXstore. Obviously, that is quite high even for an RTX 2080 Ti. But like previous OC Lab Edition units, it has a binned GPU and made of the highest quality components. So if you are an overclocker who want the absolute top of the line video card, this might be for you.