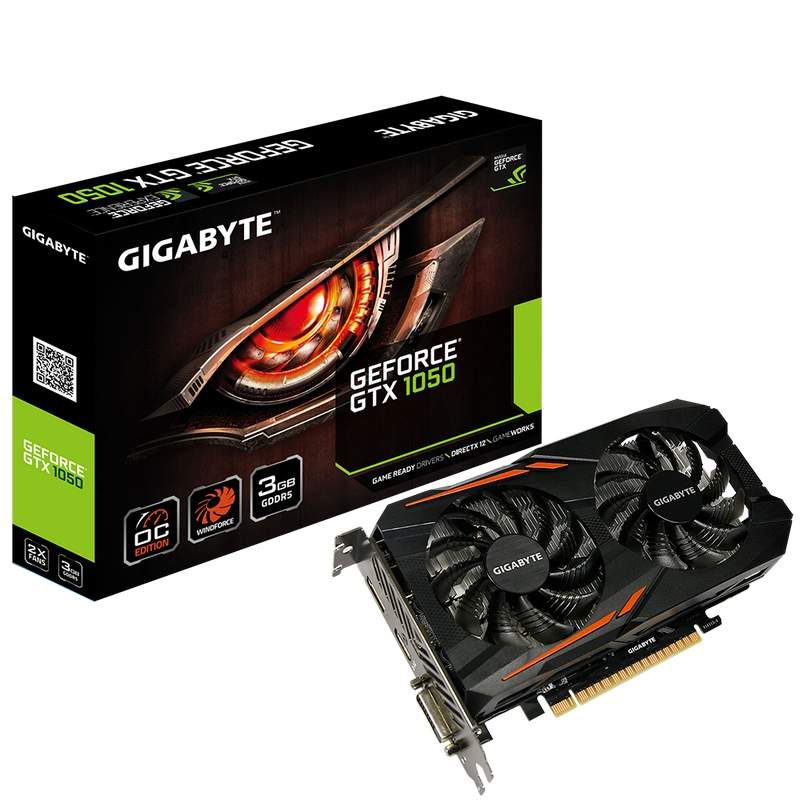 Less than a week after NVIDIA quietly introduced the 3GB GTX 1050 variant, Gigabyte has now rolled out their own version. The product page for the GeForce GTX 1050 OC 3GB is now available. As expected this uses the “new” GTX 1050 Pascal GPU which has a different configuration from the original 2GB version.

This GPU has more CUDA cores and has slightly faster core clock speeds. It now has 768 CUDA cores similar to the GTX 1050Ti instead of 640. Plus, its memory width is narrower at 96-bit instead of 128-bit, lowering the bandwidth. Furthermore, it’s reference clock operates at 1518 MHz instead of the original’s 1455MHz. 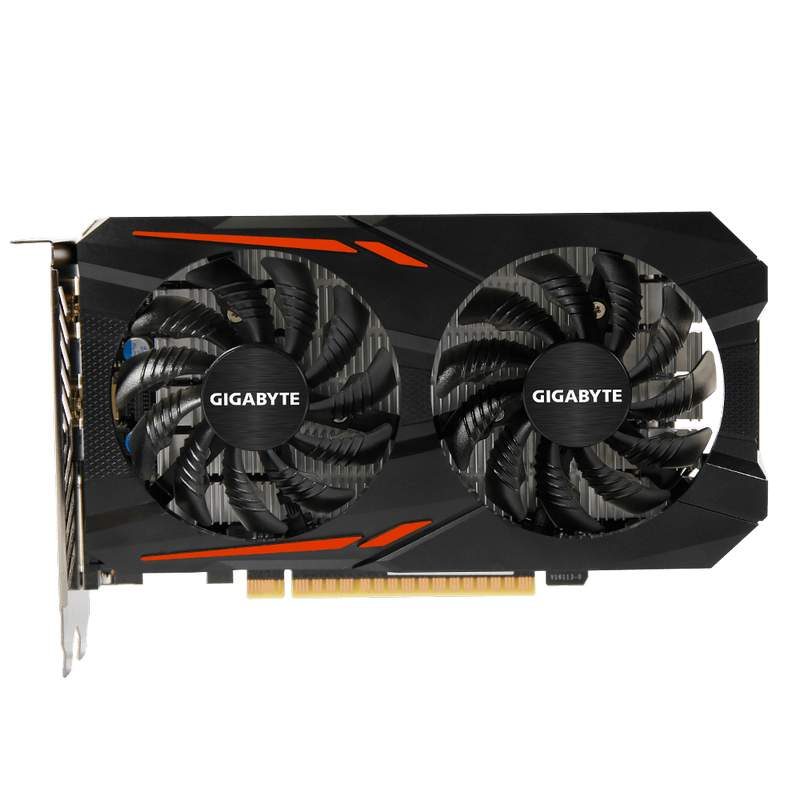 Overlocking means extra heat, so Gigabyte uses the WindForce 2X cooling system on the card. Two 80mm “3D” blades actively cool the aluminium radiator underneath. There are no heatpipes since the GTX 1050 does not generate much heat anyway. The fans are also semi-passive. Which means they do not operate under a certain GPU load or until necessary. Resulting in a much quieter operation for most of its life.

In terms of connectivity, the dual-slot card has a DVI-D, HDMI 2.0b and a DisplayPort 1.4 port. It supports three displays simultaneously.