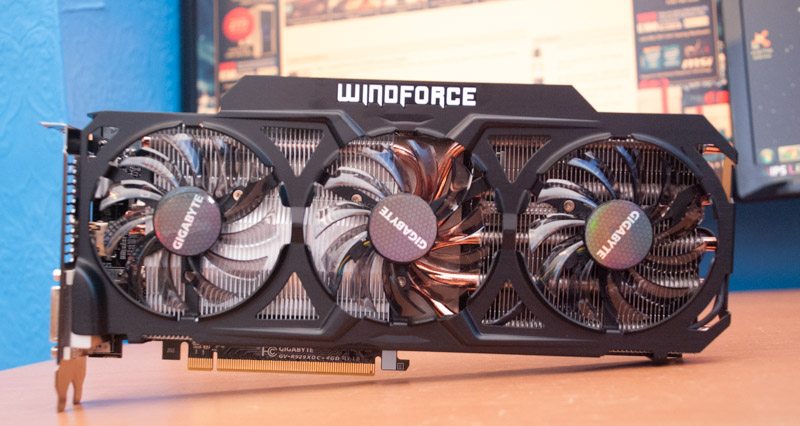 When AMD released their R9 290X it was the new fastest consumer gaming graphics card (with a single GPU) on the planet for a short period of time. Since its release it has been surpassed by Nvidia’s GTX 780 Ti but the R9 290X is still an immensely attractive option costing around $150 less than the GTX 780 Ti and offering similar levels of performance. However, one major issue plagued the R9 290X and that was heat (which is a result of its high power consumption and also led to excessive noise). Whether in “Quiet” mode or Uber mode the R9 290X rapidly reaches its thermal limit of 95 degrees and starts to throttle its own clocks to keep temperatures under control resulting in that 1GHz engine clock dropping as low as 650MHz in some applications. We have been waiting for non-reference designs to come along and fix that and today we have the first of those from Gigabyte. Gigabyte have strapped their successful WindForce 450 VGA cooler to the R9 290X. Gigabyte are offering a modest 40MHz overclock, but the real win comes with their cooling solution which should allow the R9 290X to actually run at its rated clocks or at least a lot closer to them than the reference design allows. Gigabyte’s card offers the same dual BIOS we’ve come to expect on the R9 290X but Gigabyte are promising much quieter operation and much cooler operation all with much higher consistent average clocks on both BIOS settings. All in all its a small difference on paper that should give a big difference in reality. 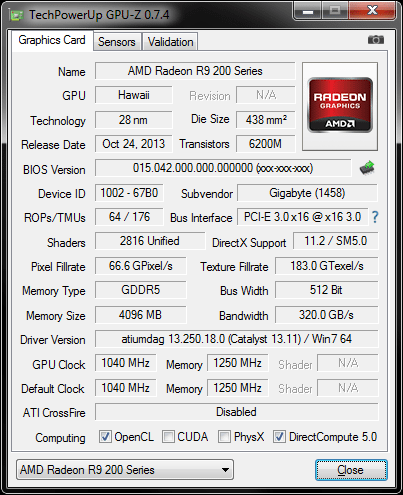 The packaging denotes the stand-out feature, which is the WindForce 450 cooling solution capable of taming up to 450W – trust me with the R9 290X this is going to be necessary! 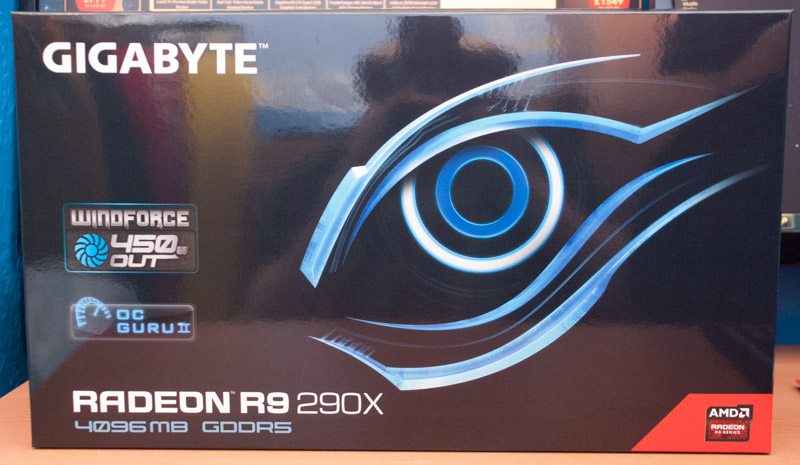 The back of the box details more features about the card, we encourage you to check out the product page if you want to learn more about these. 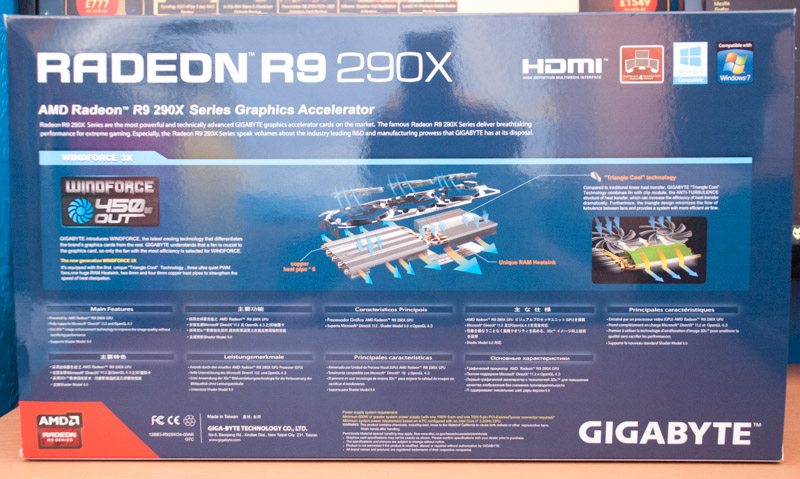 Our sample came direct from Gigabyte so lacks the retail accessory pack, it was merely a card in a box. 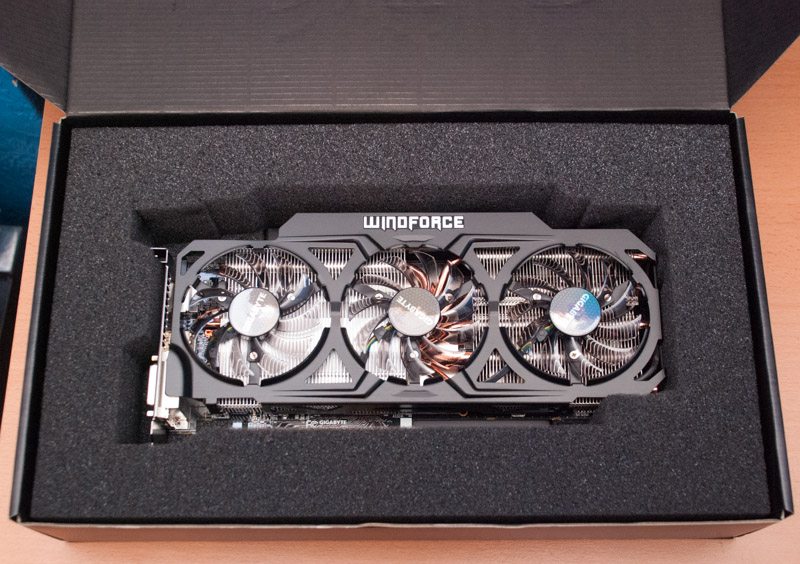