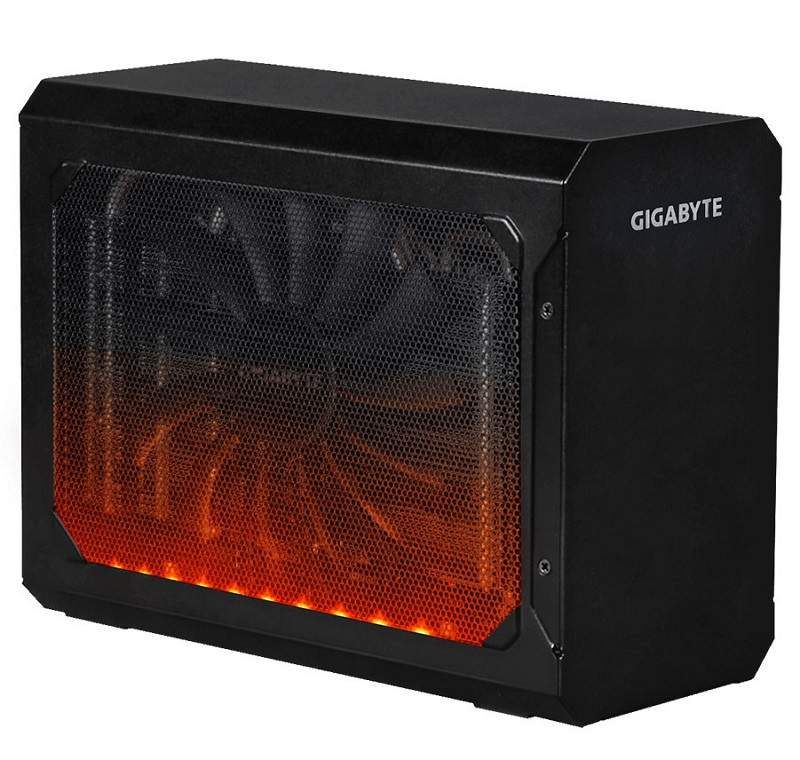 We all know that external graphics cards can transform lower-end systems into gaming machines. Even though the Thunderbolt ports that usually ensure connectivity between the external graphics solution and the system itself aren’t up to par with conventional PCI x16 slots, they still provide enough bandwidth for decent gaming experiences. Numerous brands have released their own external GPU solutions over the last few years. Gigabyte‘s Gaming Box started off with the Aorus-branded box based on the GeForce GTX 1070. Now, the company has released an AMD-based Gaming Box, which definitely looks promising.

The GPU itself is an RX 580 with 8GB GDDR5. The clock speed is 1257 MHz core and 1340 MHz boost. However, there’s a software-toggled “OC Mode” that ups the boost clock to 1355 MHz. As for the memory, it has remained at 8.00 GHz (GDDR5-effective). The enclosure relies on a Thunderbolt 3 (40 Gbps) connection, which also drives a 3-port USB 3.0 hub. There’s also a special USB 3.1 port available, which doesn’t offer any data transfer capabilities. Instead, it is completely Quick Charge 3-compliant. The power comes from a 450W internal PSU that offers more than 90% efficiency. 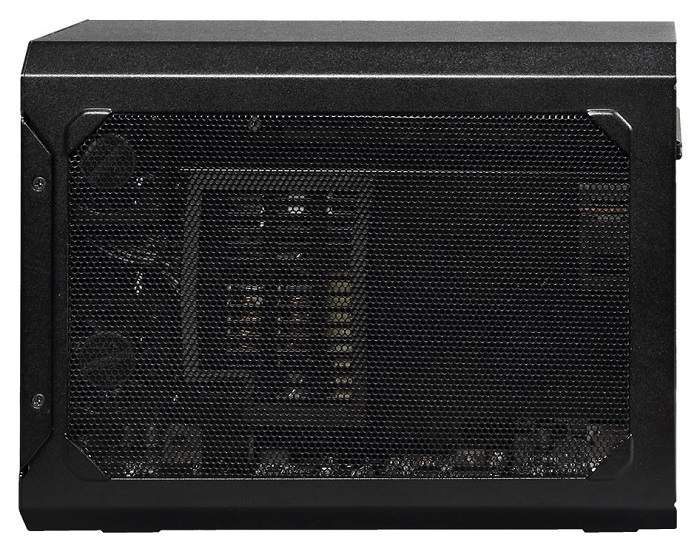 As far as display outputs are concerned, this new Gigabyte Gaming Box offers three DisplayPort 1.4 and one HDMI 2.0. Other goodies comprise an RGB LED strip and mesh side windows. No word on pricing just yet, but we don’t expect this product to be cheap by any measure. 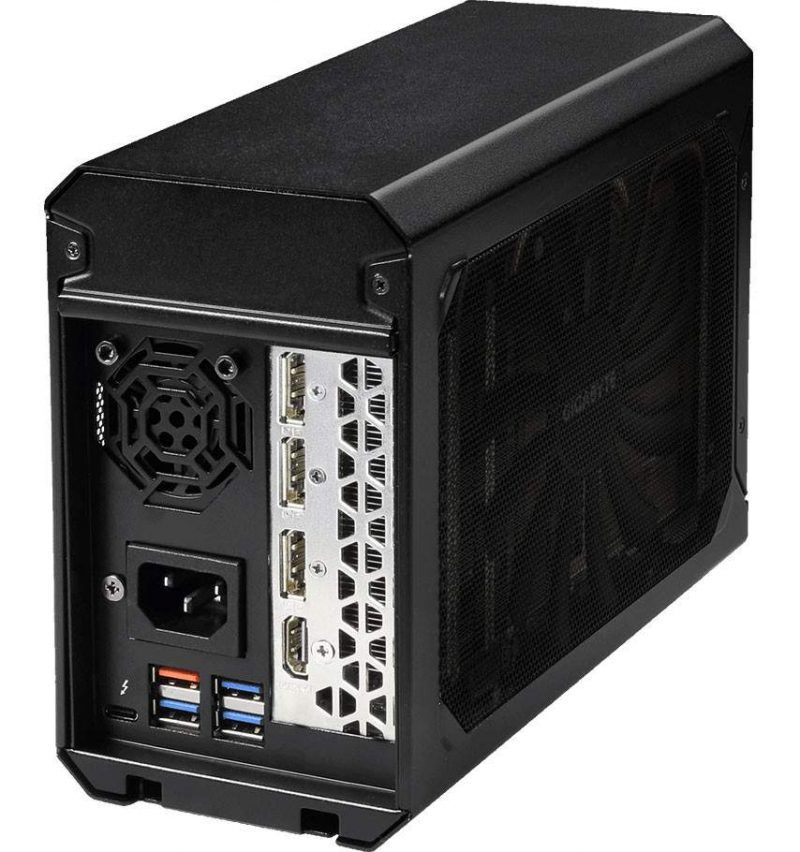