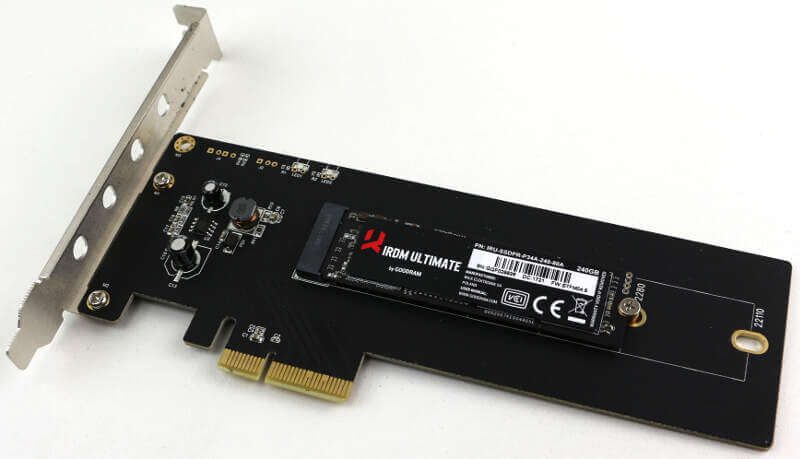 We recently had a look at one of GOODRAM‘s SATA SSDs, the IRDM PRO. Today it is time to kick it up a notch as I have the IRDM Ultimate in the office. The IRDM Ultimate (product link) is a PCIe NVMe drive in an M.2 2280 form factor. The drive comes with a great bundle which includes both heatsink and PCIe add-in card.

The basic hardware is very common these days with the GOODRAM IRDM Ultimate being a PCIe Gen.3 x4 drive in an M.2 2280 form factor. The drive comes as a bare module which is what has the highest compatibility factor.

GOODRAM included an HHHL add-in card with the drive which further adds to the compatibility chart. Even if you don’t have a free M.2 slot on your motherboard, you’ll be able to use the drive. GOODRAM stepped it up one more time and included an extra heatsink which you can attach yourself. By added it separately, they don’t take away the basic module compatibility with notebooks. Especially gaming systems which run hotter will gain a benefit from the heatsink.

The drive is available in the three capacity options of 120, 240, and 480 GB. At the heart of the drive is a Phison PS5007 controller which is coupled with MLC NAND. It’s nice to see the use of MLC as it increases the endurance of the drive. 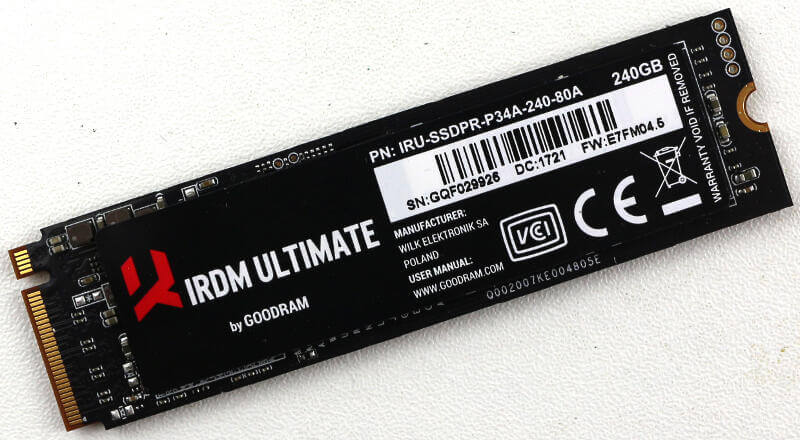 The level of performance variates a little bit depending on the capacity choice, but all three versions are fast! The 240GB drive which I’m testing today is rated for up to 2900MB/s when reading and 2200MB/s when writing compressible data. Incompressible can be read with 2750 MB/s and written with 1500MB/s.

The random performance is rated at 235K IOPS when reading and 260K IOPS when writing 4K files.

GOODRAM didn’t add a TBW rating to the drive, but it is backed by a 5-year warranty. There is an MTBF rating too which is set at 2 million hours. Those figures paint a picture too and a company wouldn’t offer a 5-year warranty if they weren’t sure they made a great product. 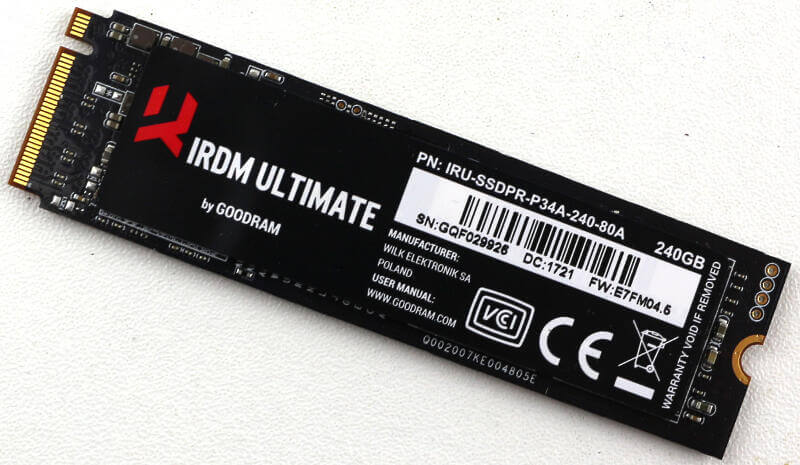 Bundled with a Heatsink

As mentioned above, the drive comes bundled with a heatsink. There’s extra added surface space through the design and it also looks quite nice!

What Does GOODRAM Have to Say About the Drive?

“IRDM Ultimate SSD reaches up to 2 900 MB/s transfer speed and 270 000 IOPS. IRDM Ultimate joins IRDM Pro and IRDM as a centrepiece of lineup dedicated for the most demanding users.

The package looks simpler at the first glance than it is. It is nicely designed with a picture of the drive on the front along with the performance rating. The double package with the cutout in the middle tells us that we’re dealing with a premium product. 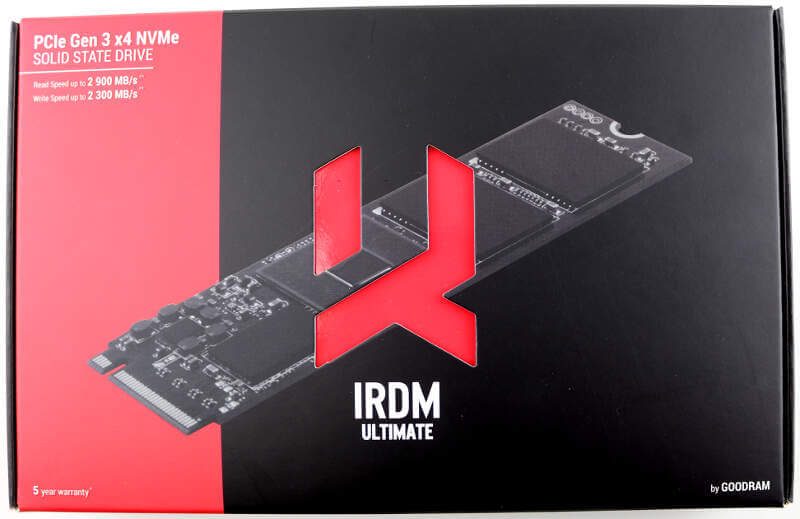 The rear side has more details about the specifications and usage scenarios. 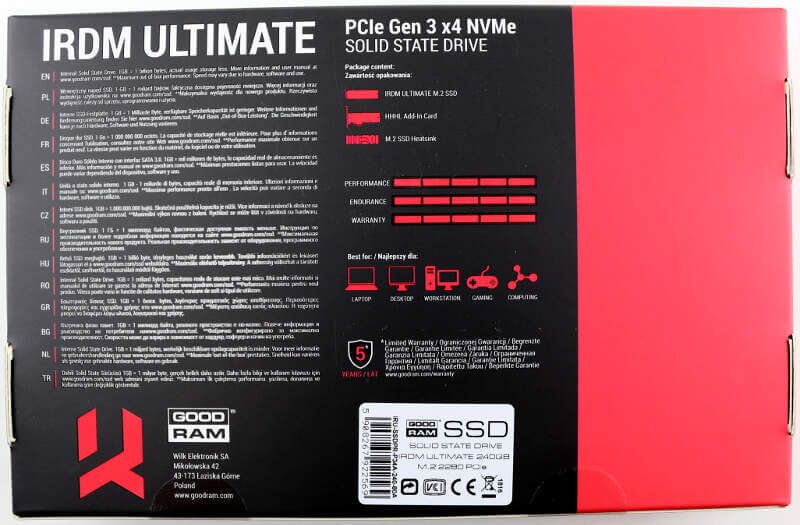 When you open the box, you’re greeted with another layer. 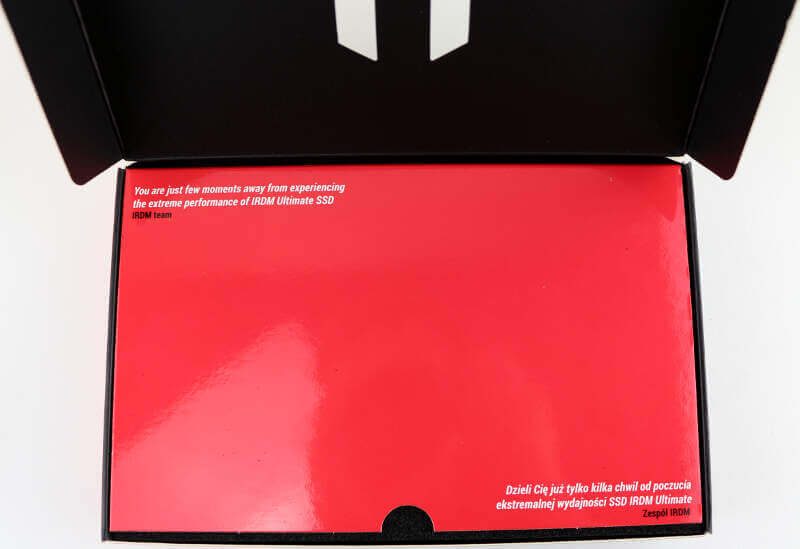 Lifting the red lid up and it looks like this. A great bundle packed in a great looking and secure package. 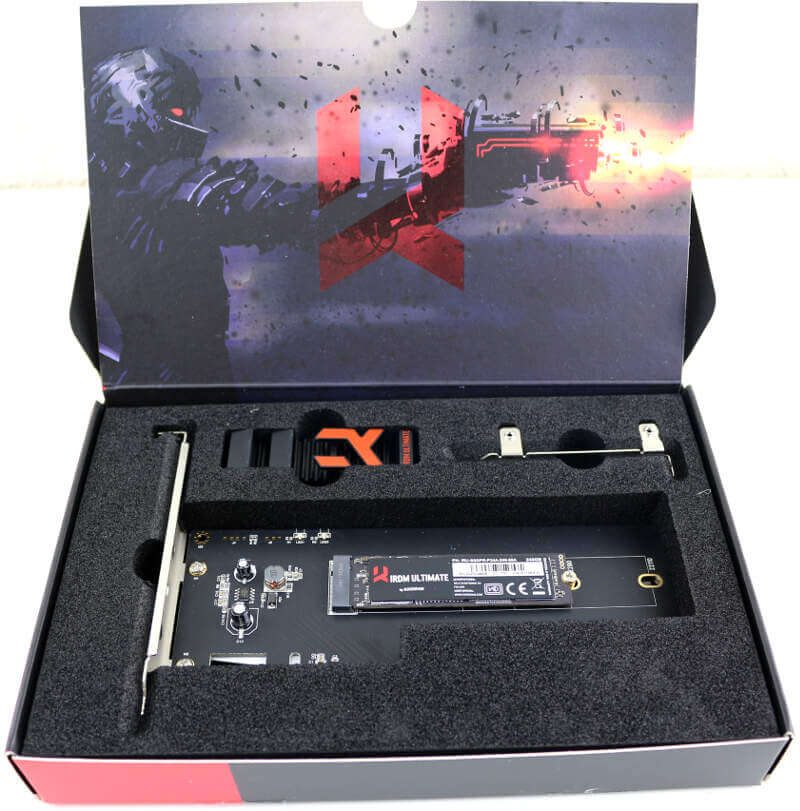 Along with the drive in its HHHL adapter, there is a user manual, a sticker, a heatsink, a couple of screws, and a low-profile bracket included.