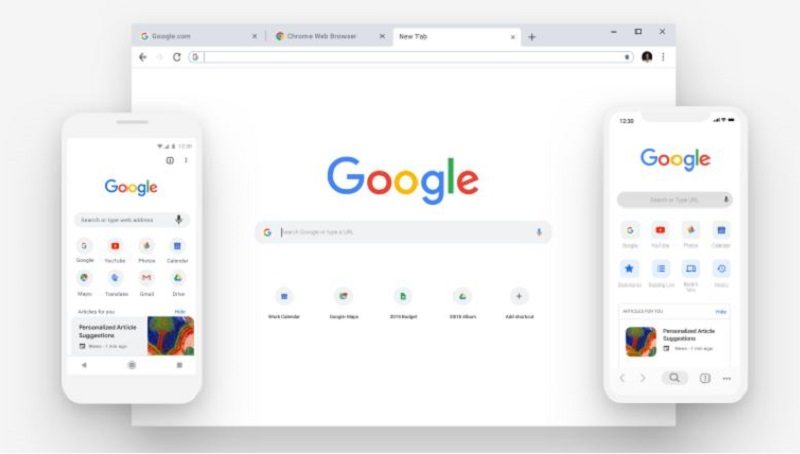 Along with the celebration of Chrome’s 10 year birthday, Google is releasing a new version of their browser. The latest version to get promoted to the stable channel is Chrome 69. Along with the usual host of bug and security fixes, Google is introducing a new modern redesign. Like it or not, your Chrome browser will soon look a lot different due to the new Material design. Furthermore, Google has tweaked and updated a number of other features.

First up is the new Material design. This new Material design, unlike the old one, is all about roundness. First up, Google is tweaking tabs with a rounded look. Instead of individual tabs, non-active tabs separation is now a line. The contrast remains between the foreground and the background. However, both are now a lighter tone. Google claims the changes will help productivity. Personally, I find it harder to use than before. The new tab page also now features rounded icons. A welcome feature is the ability to finally add URL shortcuts to the new tab page.

Moving along, we have more features that are in the background. One is an update to the password manager. Chrome can not auto-generate strong passwords and save them. This feature has been kicking around already but is now being pushed out en masse. The Omnibox is also getting more useful for many users. It will now search open tabs, just in case you forgot you already have the site open. It will also provide weather and some answers straight away.

Looking forward, Google is going to integrate more services in the future. The Omnibox search function will eventually include Google Drive. I expect to see Google Photos integration as well in the near future. Finally, Chrome 69 deal Flash another blow. The latest version requires the user to approve Flash content every single time. This will make using Flash even more annoying than it already is. What do you think of the changes Google is making with Chrome?