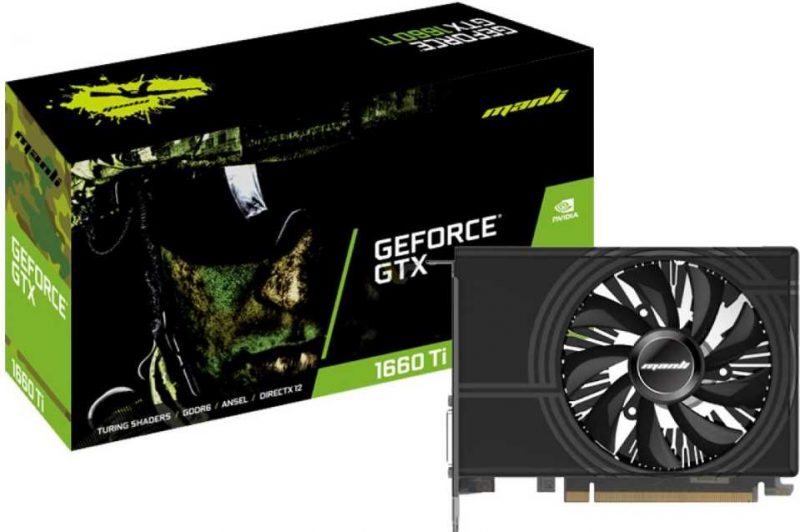 While Manli may not necessarily be one of the first names you reel off when you’re picking our graphics card manufacturers, they are a brand that deserves some recognition for attempting to bring products to the market as inexpensively as possible. With the excellent performance already seen from the Nvidia 1660 Ti, however, if you are looking to make the jump to the 1660 Ti range, then Manli has just released two new graphics cards that may certainly be of interest to you.

In brief, two variants on the 1660 Ti have been released. This comprises of a compact single-fan design and a larger ‘blower fan’ release. In terms of specification, neither model is particularly mind-blowing. Particularly in the boost clock speed which many other manufacturers seem to have them beat by a pretty comfortable margin.

As above, however, these models are more about price rather than performance. As such, expect these to be the ‘entry-level’ when it comes to the Nvidia 1660 Ti. 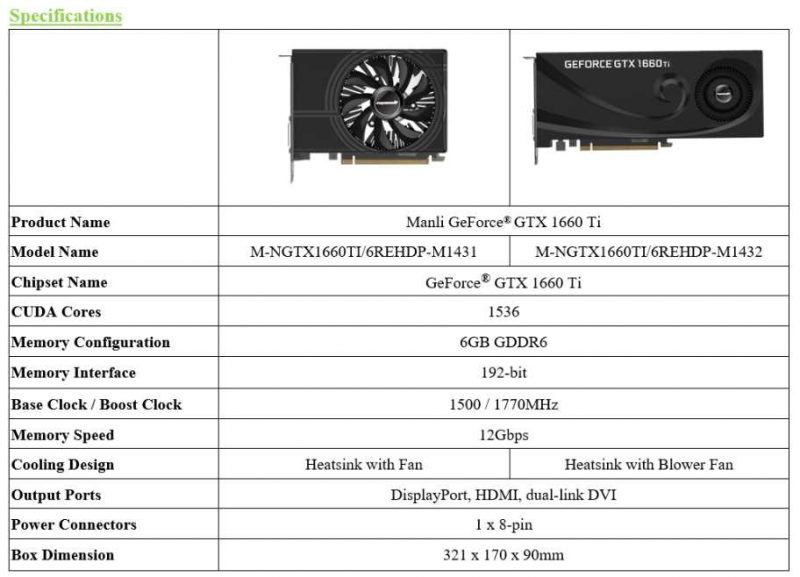 While we are always a bit forgiving over what is essentially a brand trying to bring a ‘budget’ card to the market, there is one thing that is hard to ignore with these. Namely, they both look pretty awful in aesthetic terms. I’ll be honest, at a glance I thought the blower design was actually an AMD 480 reference model.

It will, of course, be curious to see how these perform when benchmarks are released. Additionally, if you’re after the 1660 Ti experience, but don’t want to spend a lot, then these could be a great option. Particularly the small single-fan design for your mini-ITX build. If you are, however, after a graphics card that looks great… I don’t think this is going to be for you! 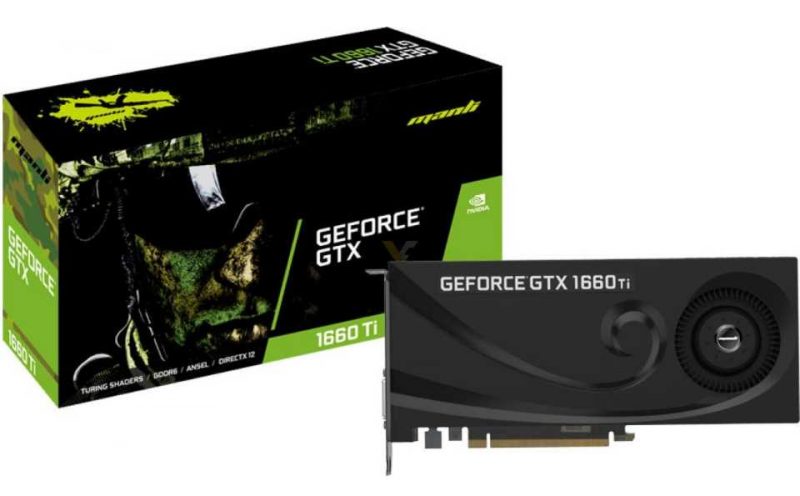