The controller its self looks stunning, I first set the pad up with the mushroom analogue sticks and the 4 point d-pad, as many of you will know, the original Xbox controller D-pad is at the best of times quite poor, I also fitted it out with the matt finish faceplace and wings in a standard Xbox 360 control layout, you can also just see the bottom of the weight attachment on the back. 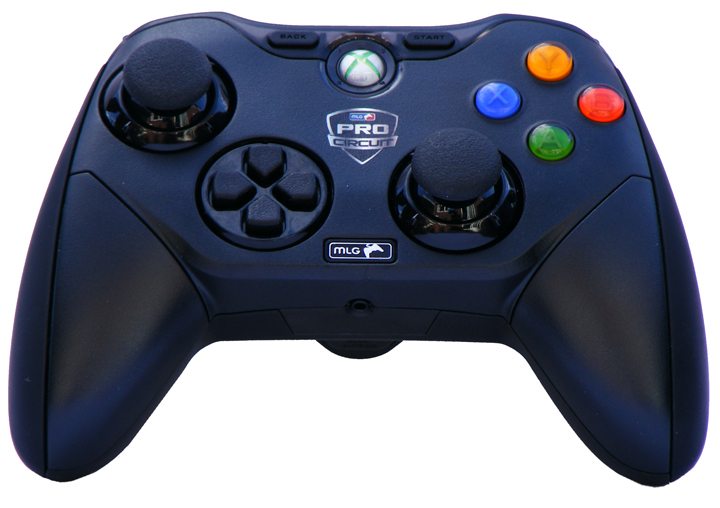 Spin the controller around and we see the “MAJOR LEAGUE GAMING” logo scrolled across the back, the 5 pin screw on point for your pro cable, plus the back button and triggers, again tweaked and improved over the original Xbox controller, the LB and RB buttons are a little thicker and both triggers have a shallower curve to them, only a minor change, but they do feel better to use, I get a lot less trigger finger strain from them too.

On the back of the controller we have another interesting feature, instead of a battery compartment we have a place to add weights, in which you can just attach a flat plate, giving your hands more room at the back of the controller, although the pad is at its lightest configuration like this, I still clocked it at around 40g heavier than the standard wired controller, regardless of this face, it still feels super light in your hands thanks to the way the pad is balanced.  You can also opt to use the weight compartment, in which you can place one or both of the 35g weights, customising the weight of the controller for your prefferences, I personally found it preferable with both weights added as it added extra stability to the controller in more frantic gameplay. 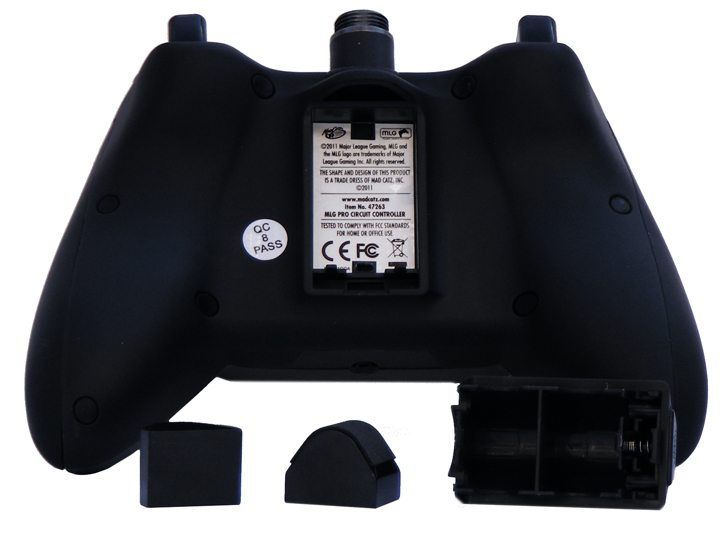 Stripped down you can see just how customisable the controller really is, with all the faceplate attachments removed you can see the connection points that contain strong magnets, which keep the faceplate and wings firmly attached, but it also means you can change them in a flash, with no screws or clips your much less likely to break something.  You can also see more closely the locking system for the analogue sticks and D-pad, a firm twist is all that is required to snap them in and out of the sockets, meaning that between games you won’t have any trouble hot swapping for the right piece of kit in a flash, or perhaps you suddenly decide you need to move the D-Pad to a different socket on the controller? well with this, you can do just that. 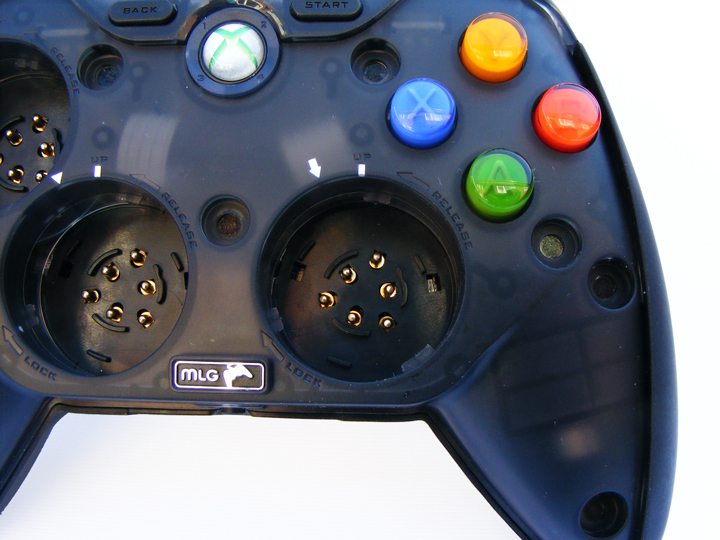 With less than a minutes work I managed to strip all the parts off the control, reach in my MLG Pro Case, lock in some new analogue sticks, new D-Pad and jazz it up with the gloss finish faceplate and wings, I also hooked up the D-Pad and left analogue stick in a different configuration, making the controller layout more akin to the PS3 controller. 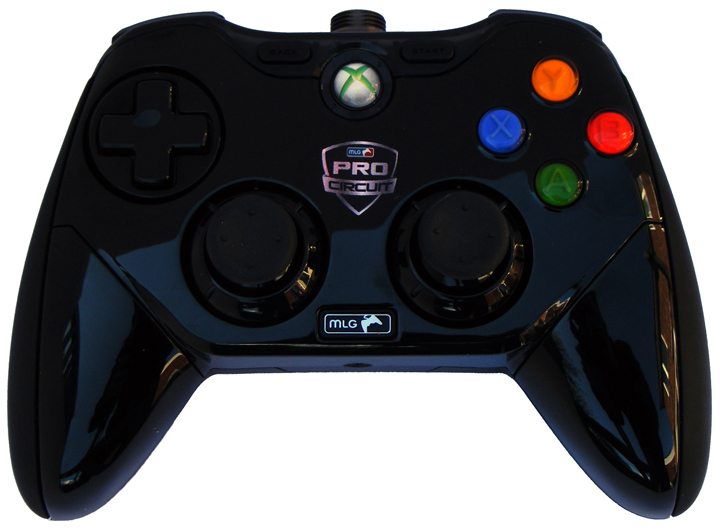