The Naga Molten is loosely based on the Razer Hex, but where the Hex was extreme, the Molten aims to go even further by adding another six buttons to the left side, bringing the total up to 12! The two switches behind the scroll wheel have been removed and instead we have two recessed switches next to the left mouse button. 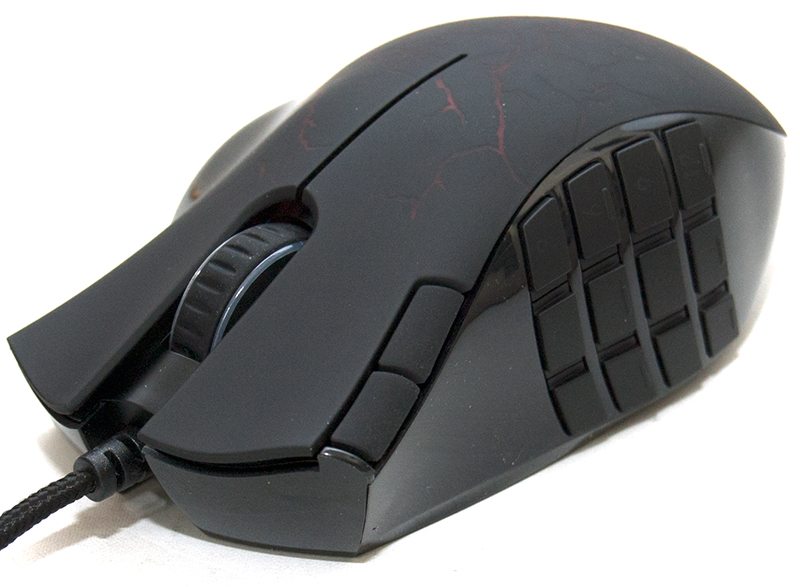 The ergonomics of the Molten are super curvy, it promotes a nice hand position for those that like either palm rest or claw style gameplay, but it’s also super stable thanks to the soft-touch grippy top coating. 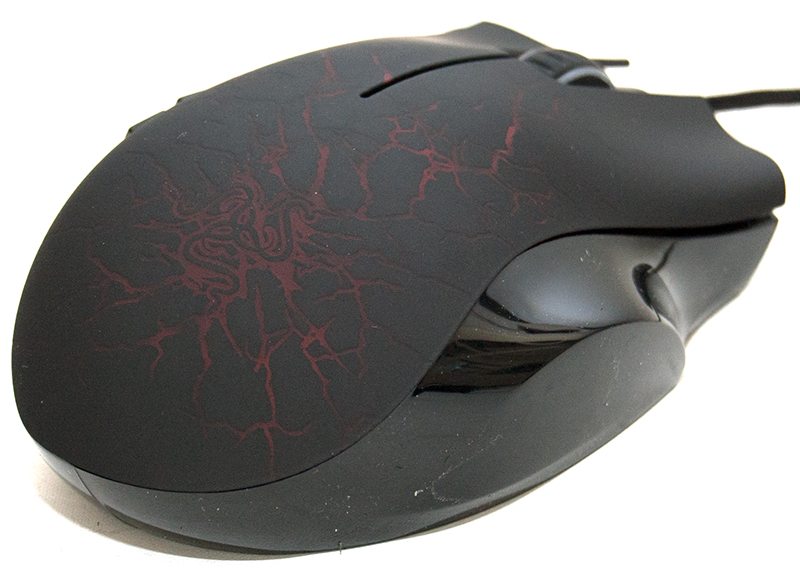 The underside features a much revised Teflon surface too, with a single piece that makes almost a complete loop around the outside of the base of the mouse. Also like the Hex it features a toggle switch that allow you to switch between two presets for your side buttons, with one able to emulate the number keys of your keyboard. 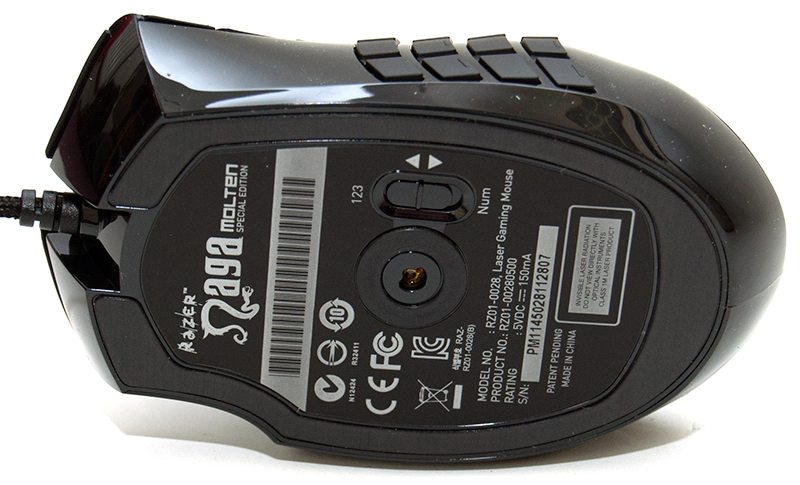 A strong red back light adds some pretty bad ass visuals to the mouse, but it also makes the left side button a lot friendlier to navigate visually. 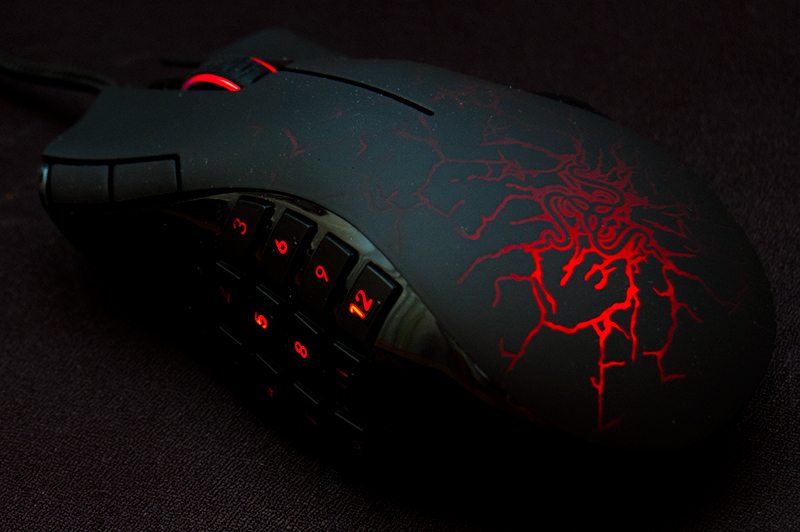 The software gives you plenty of options for Macros and tweaking the performance, much the same as the Hex given that the software is the same. 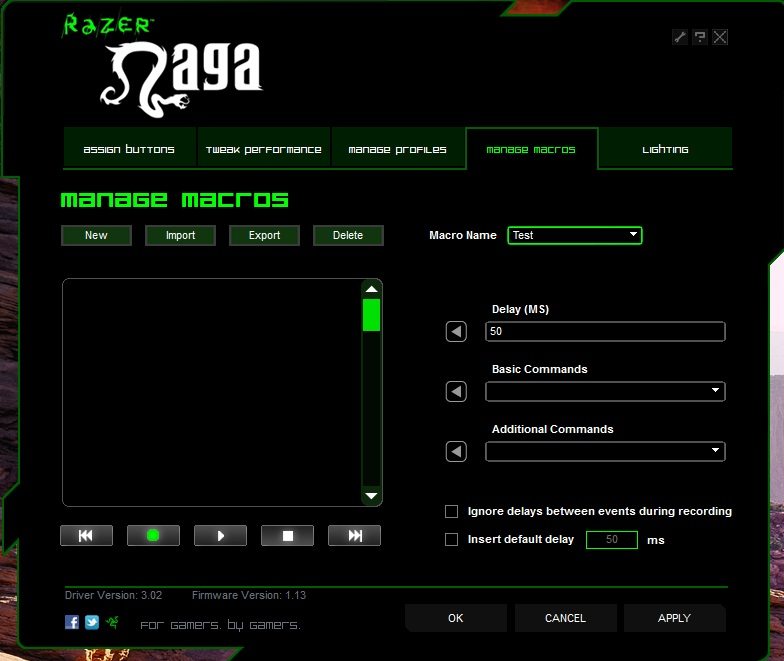 The Naga Molten features a nice low lift off of between 1mm and 2mm, more than enough for those who like to play with a lift-off technique, although the ergonomics of the mouse do not favour constantly picking up the mouse, although it’s not impossible to do so. The software is generally a bit lacking and while it does offer plenty of customisation options I’ve just never been a fan of the new Razer software.

The side buttons may look extremely over the top but the layout is walking a fine line between ridiculous and functional and the grid layout actually makes it easy to navigate while gaming or even just when browsing the web. I found the Hex to be a pain in the butt to use, but the Molten just feels “better” some how, this could of course just be my own preference.

When it comes to MMO gaming, having a way to emulate every single number key on the keyboard via your mouse is awesome, having command of my entire tool bar in near any MMO makes navigating my spells and equipment a breeze. The mouse is snappy and responsive and will benefit an MMO gamer as much as it would someone who loves to use a lot of shortcuts in Photoshop.

The sensor is extremely accurate and with configurable acceleration (from zero to high), no prediction and no angle snapping I found that it gave consistent results in everything from Diablo to CS:GO, especially when performing acceleration tests across a wide range of DPI settings, or in other words, exactly the same as the Razer Hex.

The new slip mats are awesome too and provide a much better glide than the Hex, regardless of the surface type I found this mouse proved favourable no matter how I chose to play.

eTeknix says: “The Naga Hex is an incredible gaming mouse for MMO gaming, but the Naga Molten is an incredible mouse in any environment. If you need maximum control over your computer both inside and outside of the world of MMO gaming there really isn’t much on out there with this many buttons or with ergonomics that are as good as this. Plus with a faultless sensor and a reasonable price, the Molten is incredibly good value for money.”

Read our in-depth full review of the Naga Molten here