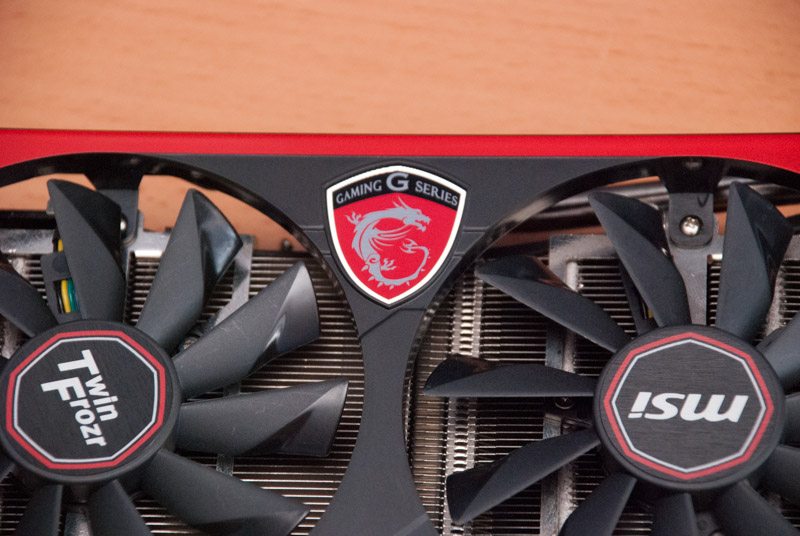 Nvidia’s GTX 770 was released as the successor to the GTX 670 when Nvidia announced the GTX 700 series quite some time ago. In essence the GTX 770 is a GTX 680 on steroids and so it isn’t really new as such. What is new is that it has a market price of $400 USD compared to the GTX 680 which has a market price of $420 USD. Of course it is cheaper and performs better as you’d expect from a card that makes the generational advancement. The unique aspect of the GTX 770 comes from its familiarity. Most AIB vendors have already worked with the GK104 GPU when it was the GTX 680 and know exactly how to get the best out of it – which can only be good for consumers.

Today we are looking at MSI’s high end GTX 770 solution that comes equipped with their popular and most recent version of the Twin Frozr VGA cooler. This card is also part of MSI’s Gaming Series so is no longer just standalone Twin Frozr. MSI has a few series that use the Twin Frozr cooler including the Hawk, Gaming, Lightning and the Power Edition cards.Unlike the MSI GTX 760 Twin Frozr Gaming OC graphics card, this one we have here today boasts a slightly chunkier heatsink design with an extra 6mm heat pipe to cope with the higher TDP of the GTX 770 compared to the GTX 760. I have already been impressed by MSI’s newest Twin Frozr VGA cooler on so many graphics cards so hopefully today we will be impressed with this latest MSI card.

The front of the box uses MSI’s Dragon styling to symbolise the gaming series. We can also clearly see this is an OC Edition graphics card meaning a higher-than-stock clock out the box. 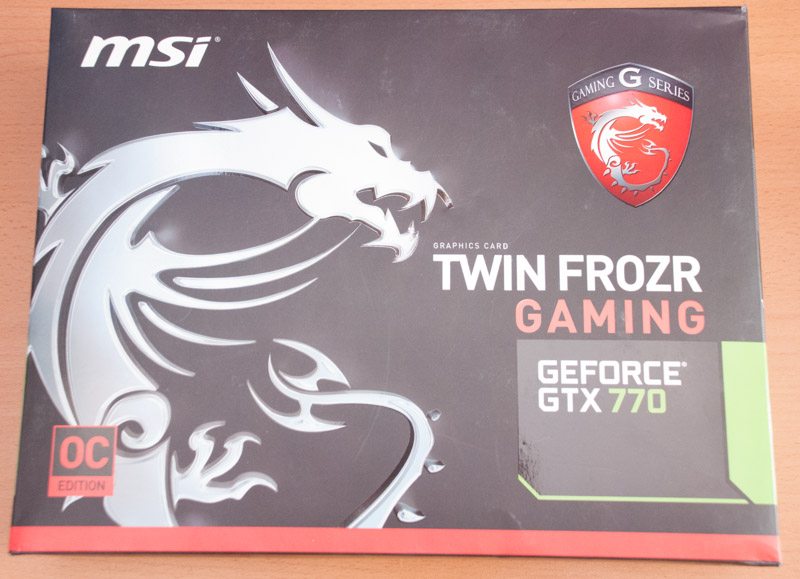 The back is filled with all marketing stuff that you can find more about on the product page. 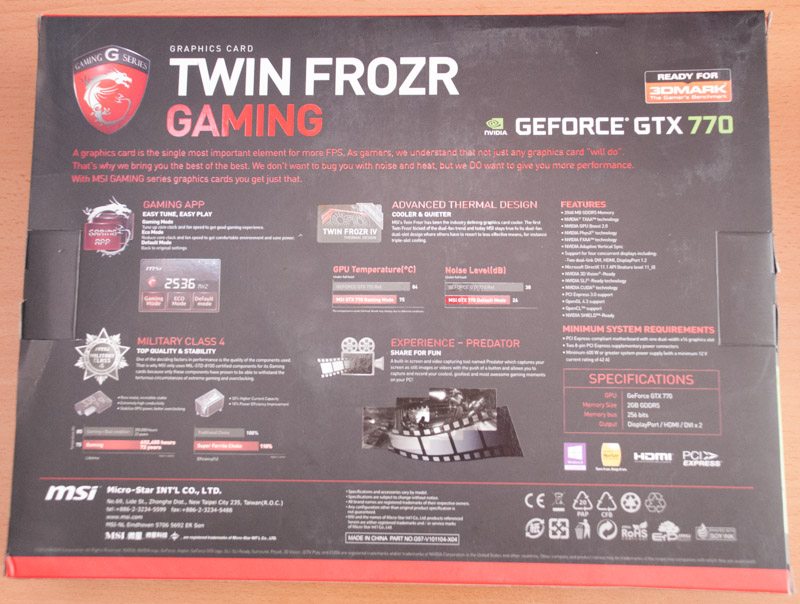 Included in the box is MSI’s Certificate of Quality & Stability to let you know this card is made from tested Military Class III components. The other accessories include dual 8 to 6 pin PCIe power adapters and a DVI-VGA adapter. 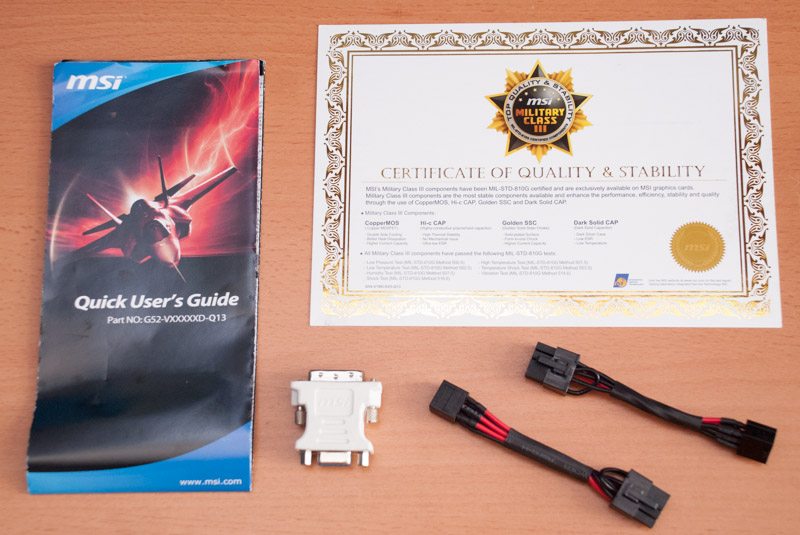