As mentioned, MSI have used red as the highlight colour for their Gaming line of motherboards, however they have been very sparse on where it has been used – simply on the VRM heat sinks and on the chipset cooler. In essence this motherboard 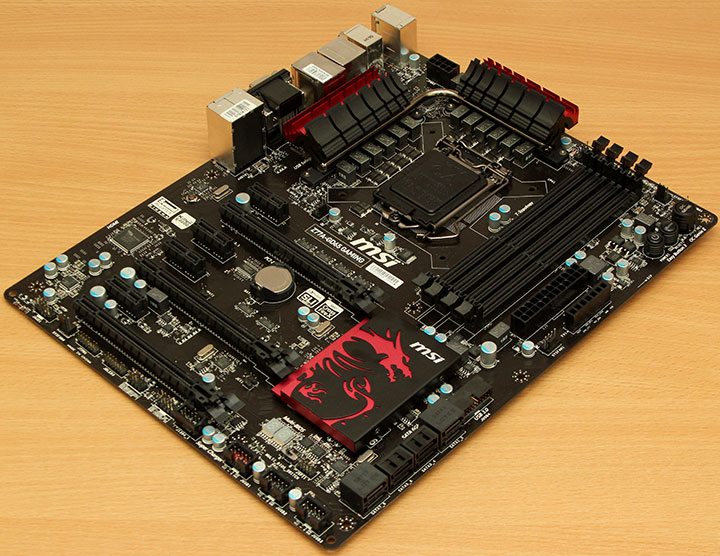 In a similar line-up to the standard GD65, the Gaming board uses an array of solid ferrite chokes around the socket and conforms to typical Intel specifications. One of the key features that really stands out upon this board is the frankly, quite awesome heat sink design. From the top the heat sink is nothing special to look at, however its cross section is, with the dragon head shape used to increase the surface area available for heat dissipation (as seen by the shot on the front page of this review). 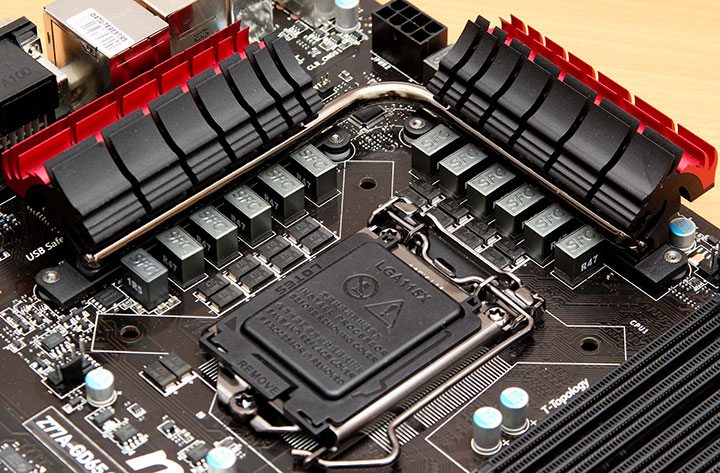 The chipset cooler, like the VRM heat sink has a dragon embodied upon it and is the main visual highlight of this board. 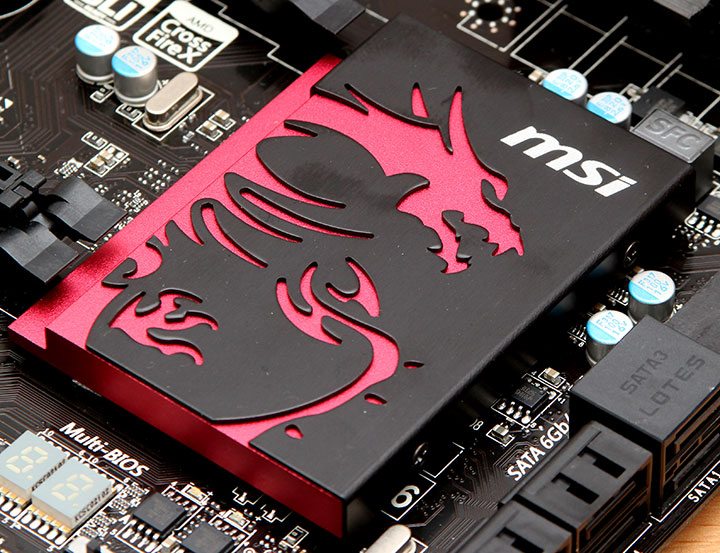 MSI boards are become a little known for having a set of voltage check points as well as an OC Genie button and this is board is no different with both to be found. Memory support comes with capacity for up to 32GB of Dual-channel DDR3 memory with stock speeds ranging from 1066MHz right up to 3000MHz when overclocked. 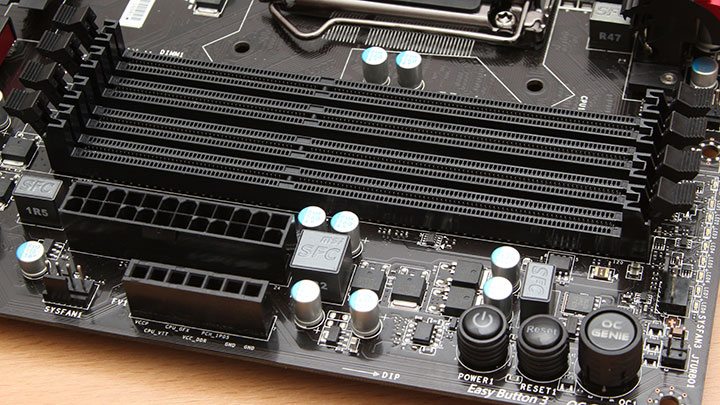 Users of the standard GD65 will notice that the PCIe layout is identical to the lower spec board, giving three 16x slots for up to three way SLI and CrossFire X configurations along with a further four x1 slots. 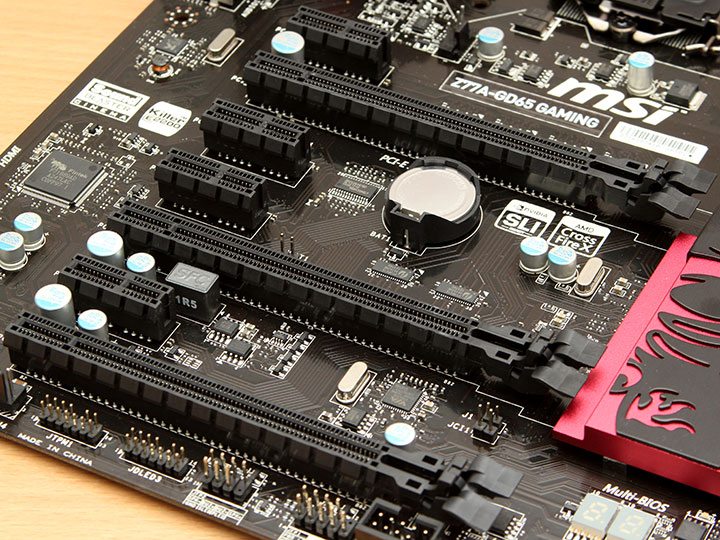 The boards headers feature plenty of USB2.0, one of which hosts MSI’s super charger technology to charge devices whilst the rest of the system is powered off. The remainder sees the usual line of front panel audio and power headers, whilst above the headers to the right as a debug led that switches to a temperature readout once booted, dual BIOS and a switch to change between the two.

Having an angled USB3.0 header is something that I’m surprised not many manufacturers have adopted as having the thick cable come right into the case can be rather unsightly. Next to this is a bank of eight SATA ports – the two on the right running at SATA 6Gbps speeds and controlled by the Z77 chipset with a further four run by the same controller but at 3Gbps speeds. To the far left and additional two 6Gbps ports are included, but instead are driven by an ASMedia ASM1061 chip.

Whilst the NIC is not something that I would delve too far into, it is a prominent and key feature of the Gaming series of motherboards. The Killer E2200 NIC is an advanced interface controller that is build purely for boosting the network performance of online games by prioritising traffic for games and high-quality streaming media over everything else (such as web traffic and local network services). By prioritising this traffic, the in-game latency can effectively be lowered, resulting in a smoother stream of traffic when in-game and no stutter or LAg, which as any die-hard gamer will admit is highly frustrating. 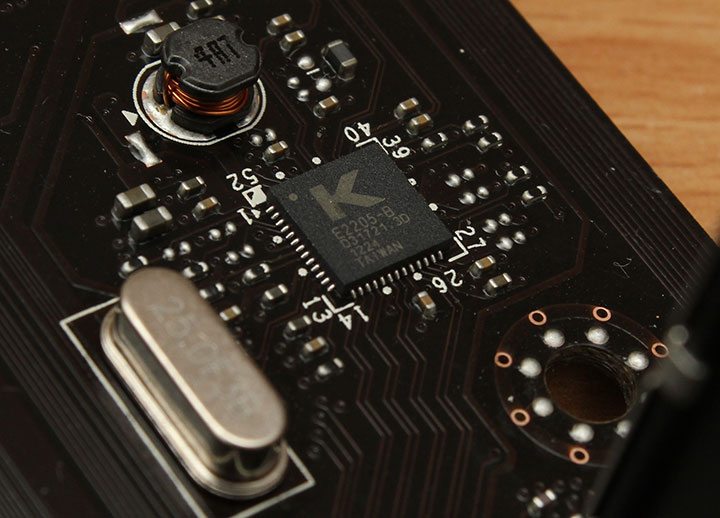 As well as the Killer NIC, there is also a bank of ports on the I/O that is dedicated towards gaming devices such as mice and keyboards. The two top USB2.0 ports as well as the PS/2 Combo port are optimised for higher polling rate mice reducing the response time from 8ms to 1ms. On top of this they also feature  additional gold plating to ensure the best connection to the device is always on hand.

Alongside the gaming ports, the I/O features two more USB2.0 ports, two USB3.0, DVI, HDMI and VGA display outputs, the Killer LAN port and 7.1 analogue audio along with a S/PDIF jack as well as coaxial audio, which is not as common on boards these days compared to a few years ago.