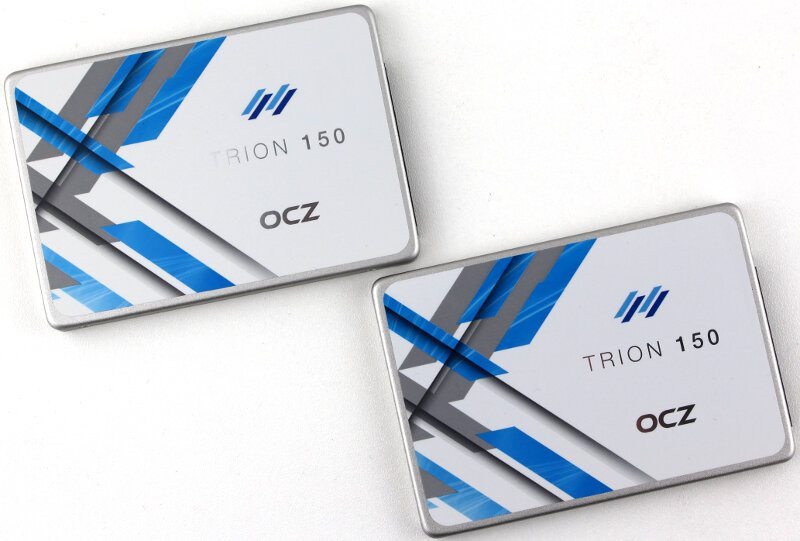 OCZ introduced us to the Trion series about half a year ago and the first drive already impressed us with its performance versus value offering and now OCZ is back with the next generation of Trion drives. The newly released Trion 150 series brings the newest in TLC NAND technology coupled with a great controller in order to provide an amazing drive for people on a budget. Today I’m taking a closer look at this series as I’ll be testing the 240GB and 480GB models.

The OCZ Trion 150 SSD is aimed at people who want to make the move from traditional mechanical hard disk drives and into the modern flash-based storage. There is no comparison when it comes to performance and access speeds, the SSD wins this by miles. Traditional storage does however have the benefit of more capacity per dollar and that is where TLC-NAND based drives come into play. They offer a great capacity at a lower price compared to MLC or SLC-based drives. 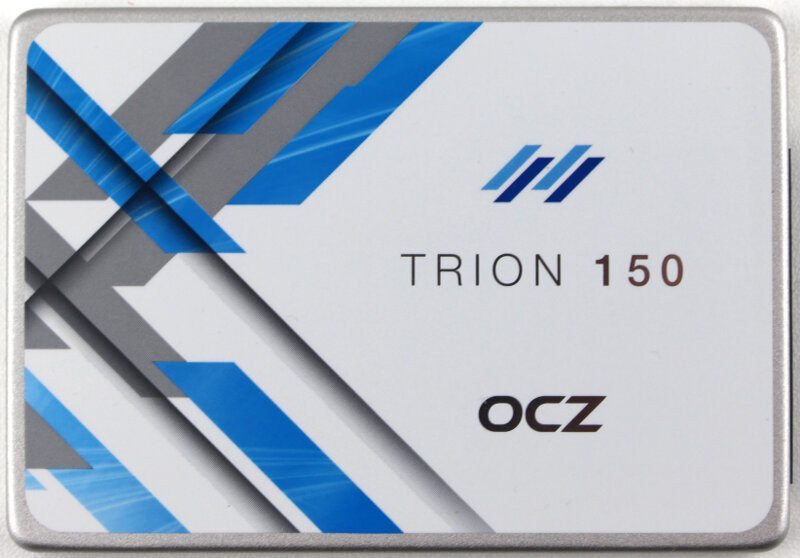 The new drives are built around Toshiba’s own controller and their latest Triple-Level-Cell NAND. This combination allows the drive to achieve a performance up to 550 MB/s when reading and 530MB/s when writing while the random performance still provides up to 91K IOPS reading and 64K IOPS writing. With a performance like this, you’ll seriously decrease your system’s boot-up times as well as any other loading process. It’s also one of those upgrades every system should have, an SSD.

The OCZ Trion 150 is available in a wide variety of capacities which means that there is a size for everyone’s need. It is available in capacities of 120GB, 240GB, 480GB, and 960GB. One of the downsides to TLC NAND is that it doesn’t have the same endurance as MLC and SLC NAND, but that isn’t something that should scare you away as a normal user. Despite the lower endurance, these drives will easily outlive their time of operation in most systems and it shouldn’t be something you need to worry about. The Trion 150 has an endurance rating of up to 240TB total bytes written which should be plenty for almost any normal scenario. 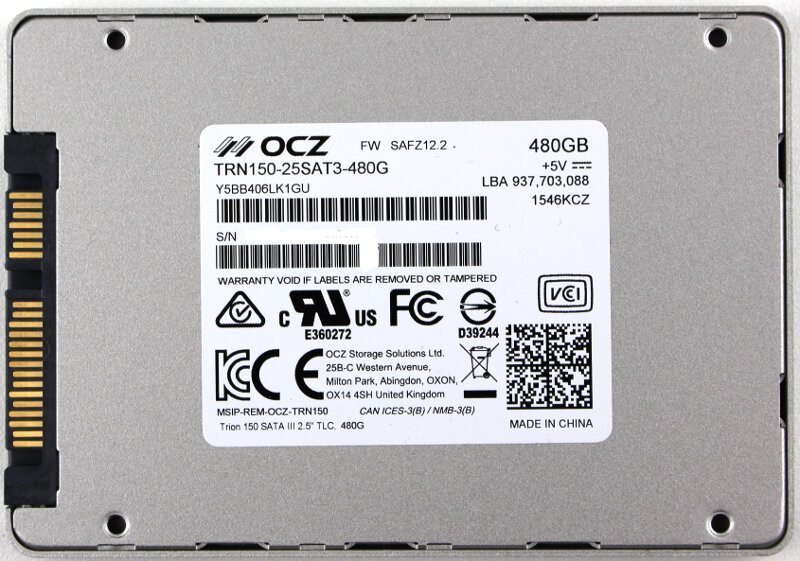 The new 15nm Toshiba TLC NAND used in this series is quite a bit better than the previous 19nm thanks to the optimized manufacturing processes and it shows in this drive. Ordinary flagship drives can easily handle write loads of 50GB data at once, but that’s a problem for most TLC drives. They are just as fast with small area writes as the bigger brothers, but when they have to write more than a few GB in one instance, they suffer some performance loss. To combat this, a part of the NAND is being run in SLC mode as a kind of burst area. You can easily copy large amounts of data to the drive at once, but once the SLC cache has been exceeded, the performance will drop a little bit. The good news here is that the new series offers almost twice the write speed that the Trion 100 was able to offer during these scenarios. That’s a bold statement and one that will be interesting to see if the drive can live up to in the tests.

Despite being a budget drive, the OCZ Trion 150 is still backed by a 3-year warranty and it isn’t just a normal warranty either. OCZ gave the Trion 150 the ShieldPlus Warranty for the entire time and it’s pretty much the best drive warranty you can get anywhere. Especially for free and included. In the unlikely event that a drive needs to be replaced, you got a worry-free customer service experience which eliminates all the hassle and cost surrounding traditional support and warranty claims consumers often have to deal with; OCZ has you covered. 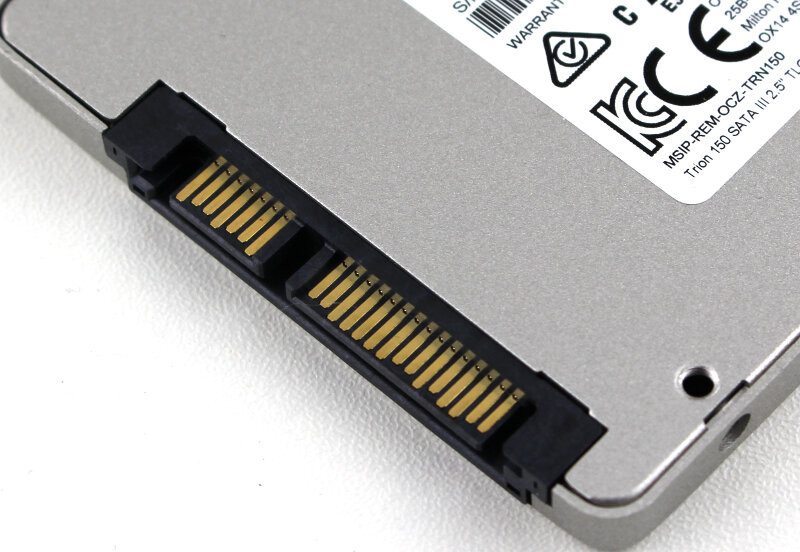 OCZ packed the Trion 150 series with the basic features such as Trim, Garbage Collection, and SMART monitoring, but other than that they don’t feature much. They are, after all, basic drives.

As most SSDs these days, the Trion 150 is also built with a snap-together screwless case that holds the PCB in place. The two drives look the same once I got them opened, but there are a few differences. The most noticeable difference is actual not a difference – the amount of NAND chips. Despite the capacity difference, OCZ used the full set of chips in both models. That’s most likely also one of the reasons that these drives promise as great a performance as they do. 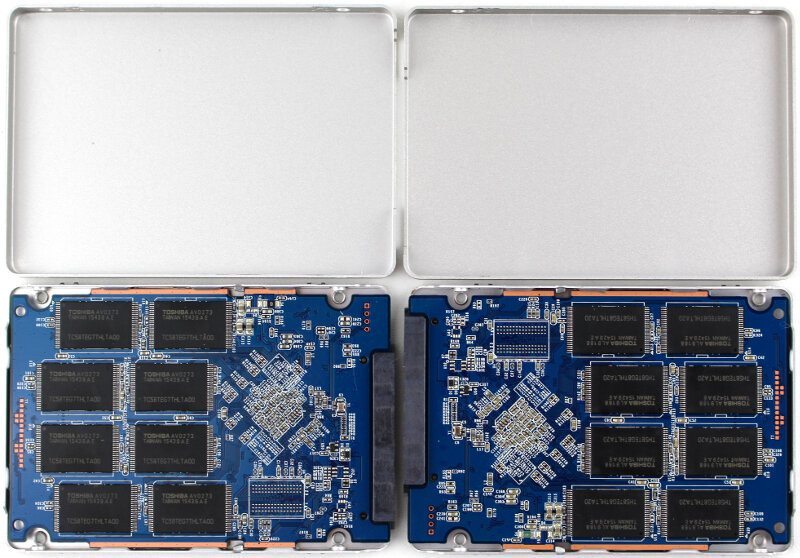 Once we remove the PCBs from the case, we also find another difference on the other side. The 480GB model is utilizing a Micron cache chip while the 240GB has a Nanya chip. Both drives use the same Toshiba controller and 15nm NAND chips. 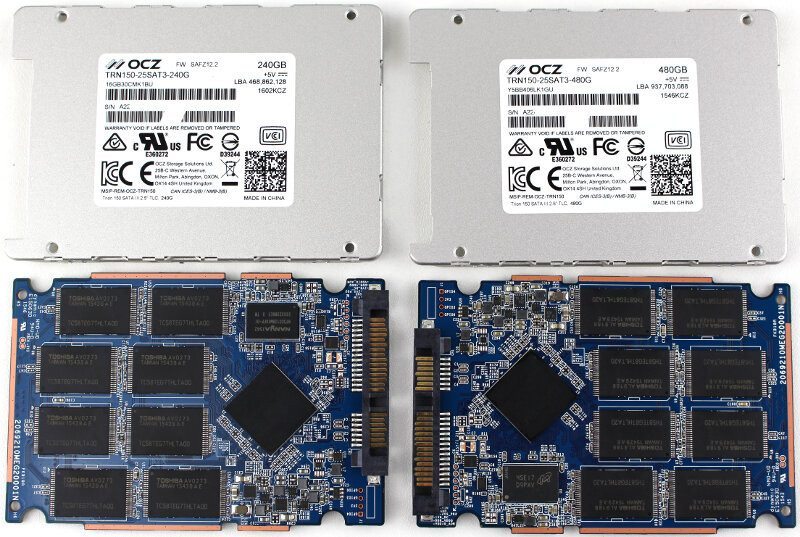 The Trion 150 comes in a colourful box showcasing the drive design as well as the capacity on the front. 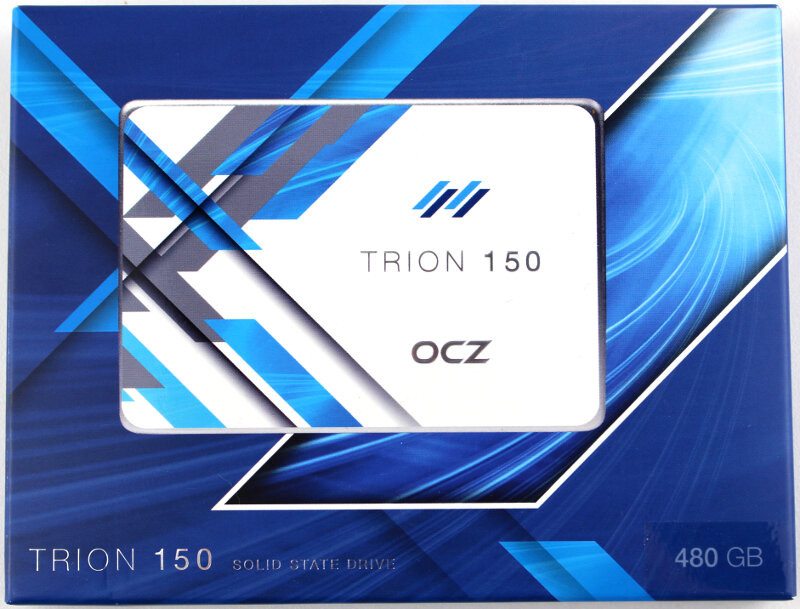 The rear of the box lists the drives features as well as little about OCZ and the Trion 150 drive itself. 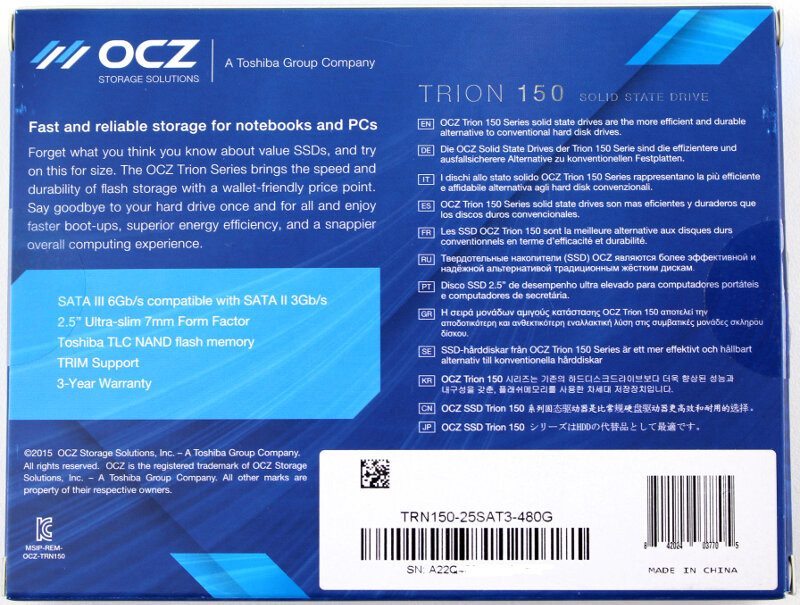 Inside the box is a reminder not to return the drive to the shop where you bought it and instead handle possible RMAs through OCZ directly as well as a setup guide and naturally the drive itself. 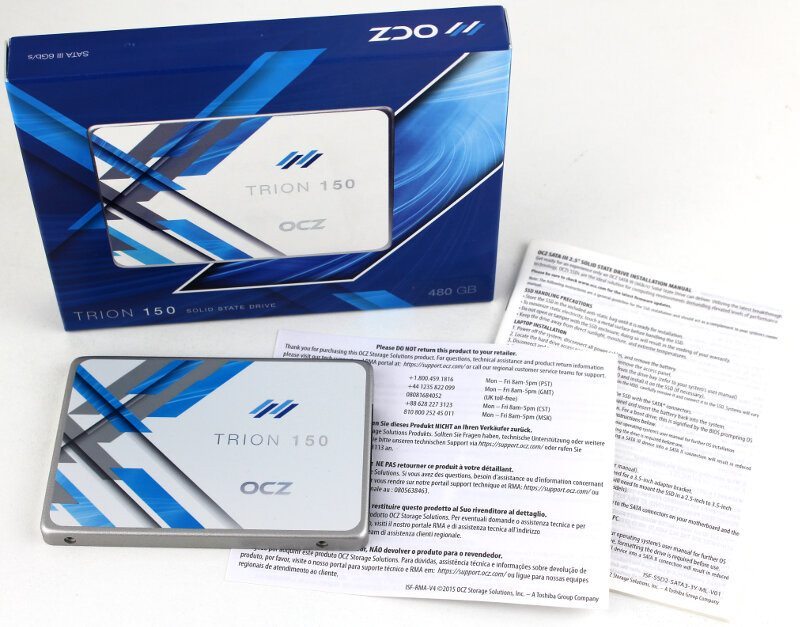