While Overwatch might be a cute, cuddly first-person-shooter, Dark Souls is anything put that. In terms of games, they are on almost polar opposites in terms of gameplay style. If you’ve played them, you’ll get this. If you haven’t, then I can’t emphasise this point enough!

In a fantastic machinima video though, Overwatch has been recreated to show what it would be like in the Dark Souls universe.

We’ve copied the video for you to watch it below. In terms of paying excellent homage to both games though, they really get it right! Massive kudos to TNG for throwing this together including the completely realistic PS4 menu to access the game and to ultimately uninstall it from the hard drive!

In terms of the two games, I love how they’ve combined both of the features to make this work. Brigette (clearly overpowered) works fantastically as a protagonist. In addition, I must admit that I laughed out loud when Bastion was used for the booby-trapped treasure chest. This video has clearly been made by people who have probably spent far too much time playing both games.

It’s fan service for sure, but boy do they hit it out of the park.

For fans of Dark Souls though, you’ll need to suck this up. It’s official, there are no more games planned in the series! Dark Souls has died!

If you’re interesting in seeing more of their content, you can check out their official YouTube channel in the link here.

What do you think? Impressed with the video? Which was your favourite nod? In addition, do you wish this was actually a game? – Let us know in the comments! 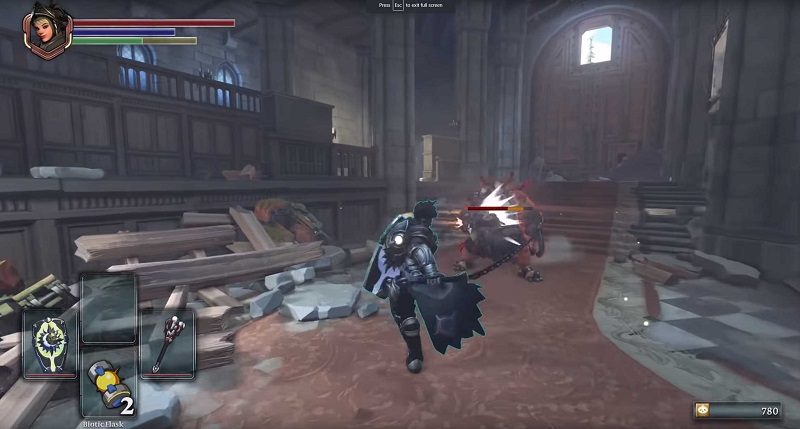