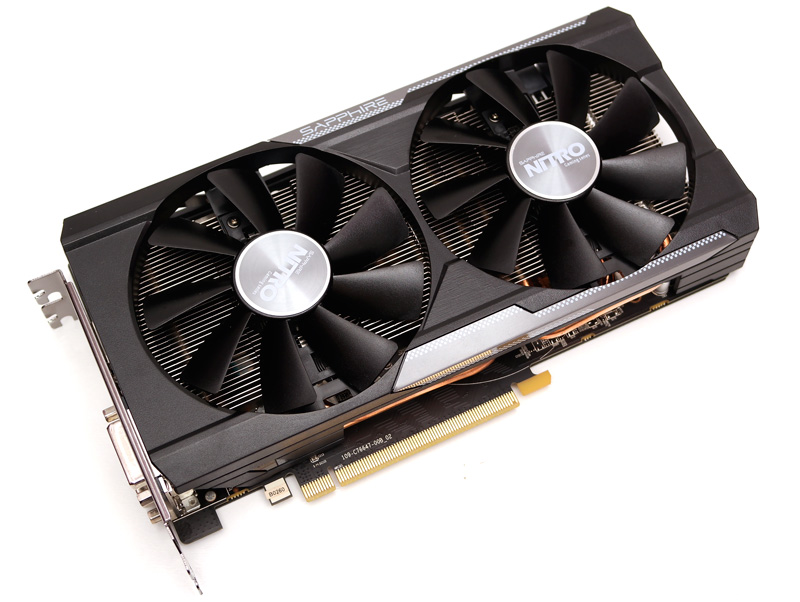 If you’ve been reading up on the latest R9 380X range, you may have seen stories and possibly even reviews that the performance wasn’t as high as many expected. I one of those who was very disappointed with the performance when compared to the R9 380 and R9 390 graphics cards by being around 10% faster than the R9 380. I really shouldn’t be complaining, at a sub £200 price point, the R9 380X is poised as a great 1440p graphics card; albeit with some settings lowered to medium or high from ultra.

Today in the test bench we have the Sapphire Nitro R9 380X. Fitting in nicely to the current Nitro range from Sapphire at just £199.99, this card features an identical cooling design as the R9 380 but with one huge visual improvement, which I will disclose later. The card features 16K capacitors for ultra long life and an increased core and memory clock to 1040MHz and 6000MHz respectively, so we should expect improved performance over what we have been witnessing so far.

Before anyone starts chanting “rebrand”, stop! As much as I agree that this is technically a rebrand, I’m now actually re-wording that to remanufacturing. A rebrand would be taking the R9 285, put a new cooling design on there and calling it an R9 380 with no other changes. However, the R9 380 and R9 380X are remanufactured with a much more precise manufacturing procedure to squeeze as much performance as possible from the Antigua GPU Core. 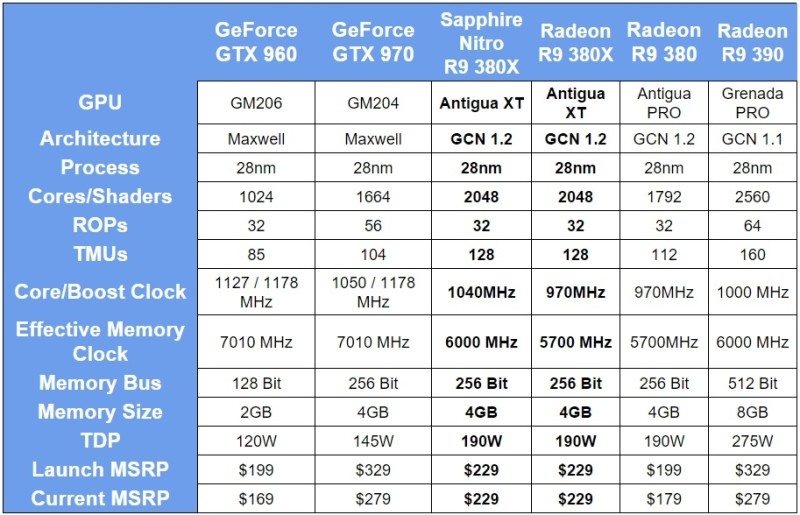 The Nitro box has changed for this card compared to the rest of the R9 Nitro range. We now have a simple portrait style box without a window to show off the contents. 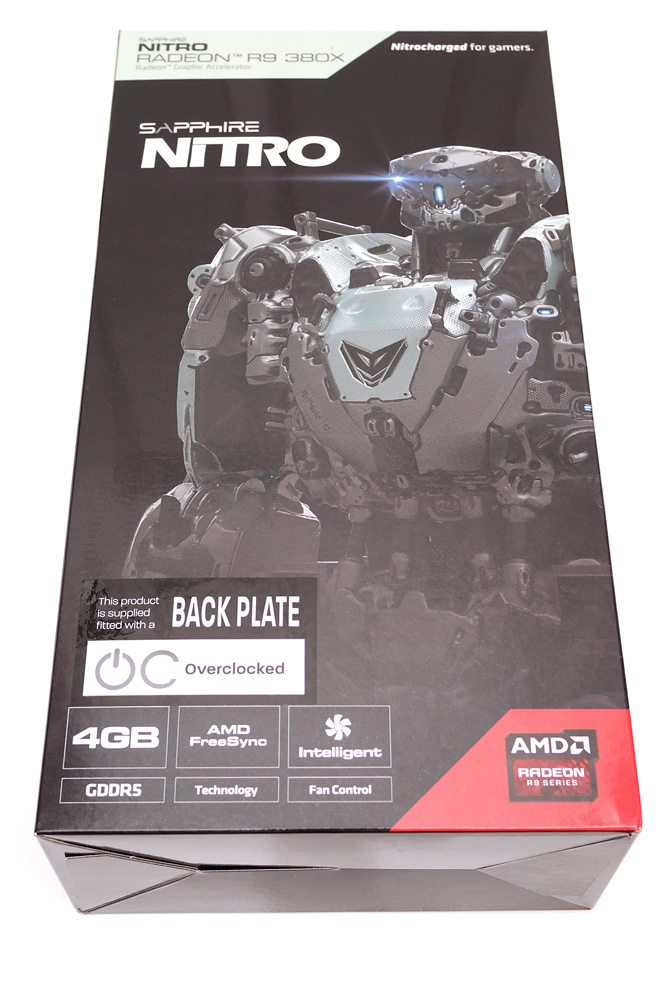 I really think Sapphire want everyone to know that this card has a back plate fitted. 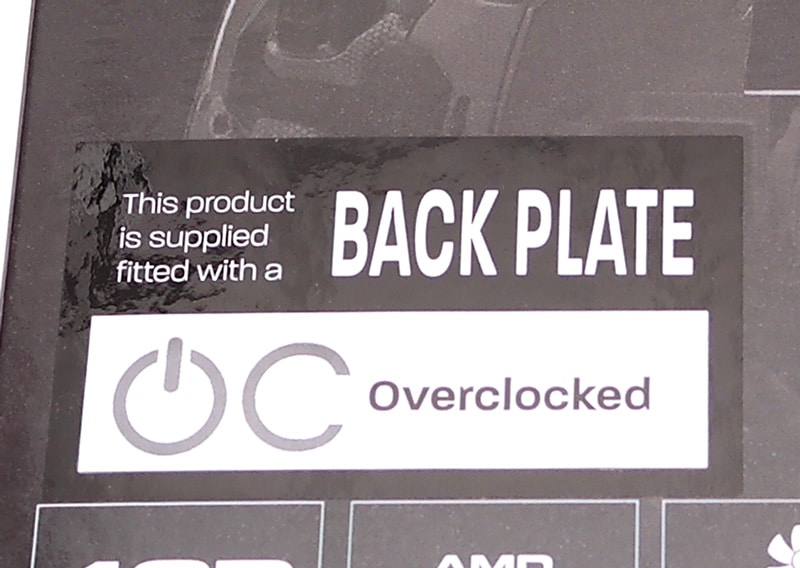 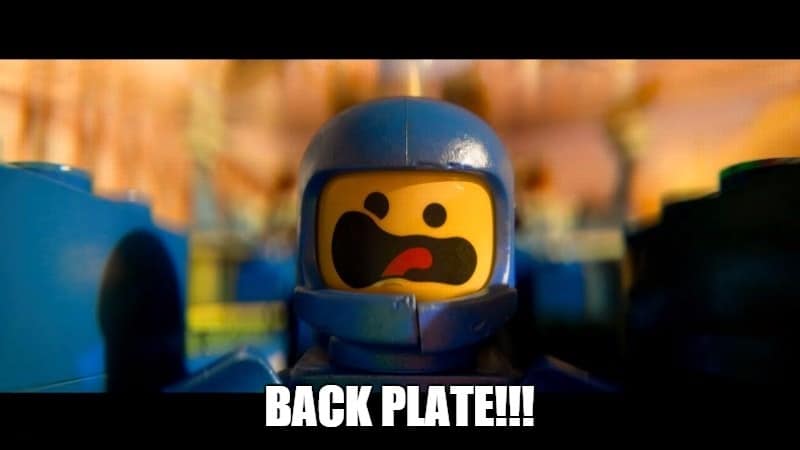 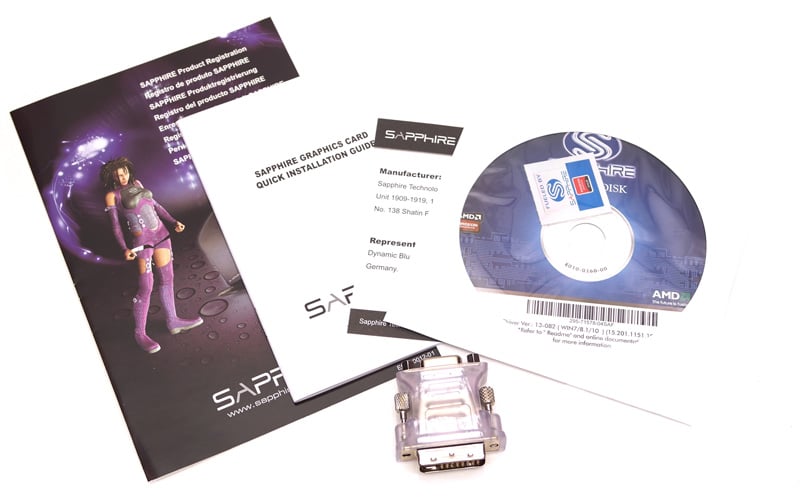