Sapphire are one of the best when it comes to making award winning 3rd part AMD graphics cards, and with this week’s release of the Radeon Rx5xx series of graphics cards, we are eager to see what they have to offer. We kick things off today with a look at the latest Sapphire Nitro+ RX570. While it’s already well known that this is a refresh for the RX4xx series of cards, we’ve already seen some significant improvements, and I’m looking forward to seeing which new technologies and performance improvements Sapphire have to show today.

“Featuring a brand new display engine, the Radeon™ RX 570 graphics card is ready to power the new generation of HDR displays, content and the future of gaming. Modeled after the acuity of human vision, HDR vastly expands the range of colors and contrast ratios that can be shown by compatible displays” – Sapphire

One of the most significant changes is the “all-new” Dual-X cooler design, it’s massive, and it promises cooler and quieter performance for this card, while also helping it hit higher clock speeds to bring you improved gaming performance, as well as their Quick Connect System for easily removable and maintainable fans. On top of that, you’ll also find support for DirectX 12, Vulkan, Chill, FreeSync2, Relive Capture, HDR output, Zero DB Cooling, RGB lighting, a metal backplate, and more! That’s pretty good for a mid-budget card and is sure to make for a compelling upgrade for those who are still running 2-year-old (or more) mid-budget cards; the target market for this GPU release.

“The Dual-X cooler featured in the latest SAPPHIRE NITRO+ RX 500 Series cards is an all-new design. We’ve doubled the fin surface area and used an efficient combination of 2x 8 mm and 2x 6 mm copper heatpipes. As a result, both the noise level and temperatures are down compared to our previous generation.” – Sapphire

“You can even change the colours of the LED, for your own customized design. This can be controlled via software using the latest version of SAPPHIRE’s Overclocking Utility TriXX 3.0, or through hardware by pressing the red button on the back of your SAPPHIRE NITRO Gaming Series card. You can choose from a set of five different modes including Fan Speed Mode, GPU Temperature Mode or the colourful rainbow mode. If you prefer, LEDs can also be turned off.” – Sapphire

The box is cool, with a unique image on the front as we so often see with Sapphire products. You can see a few of the main features detailed here too, such as Radeon Chill, and VR support. 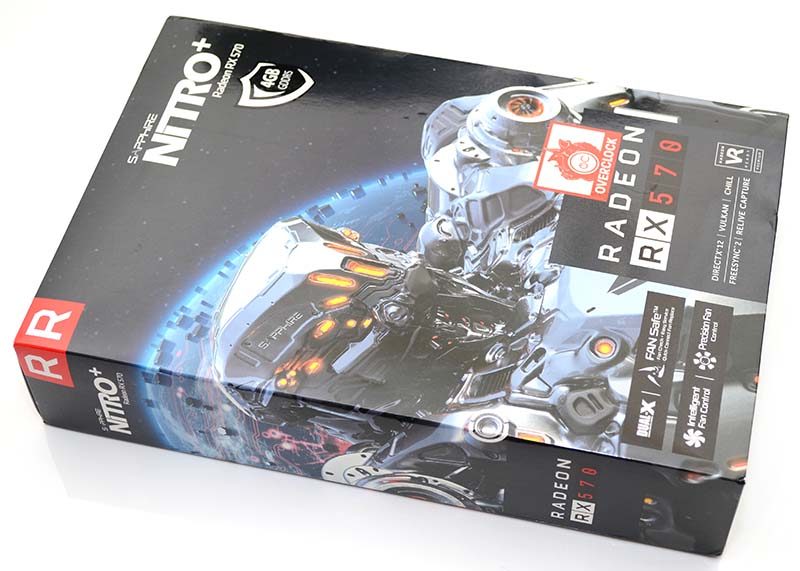 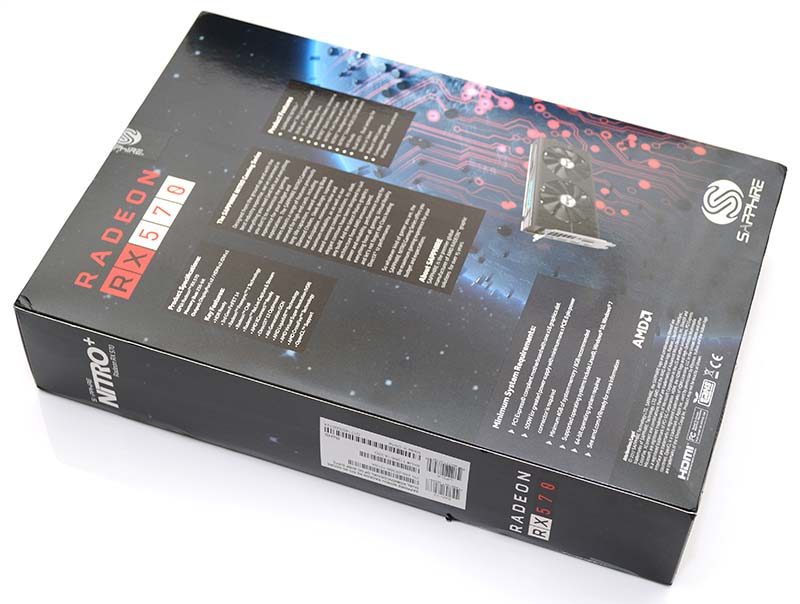 In the box, you’ll find the graphics card, driver CD and the usual documentation, not a lot, but it’s everything you need. 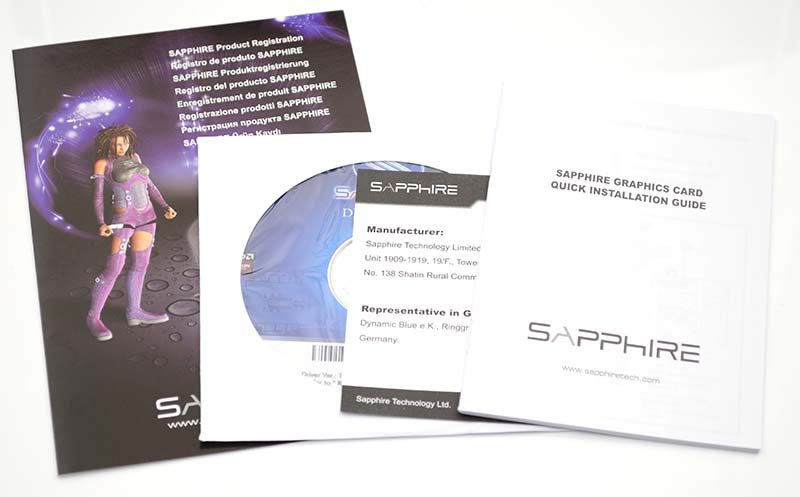