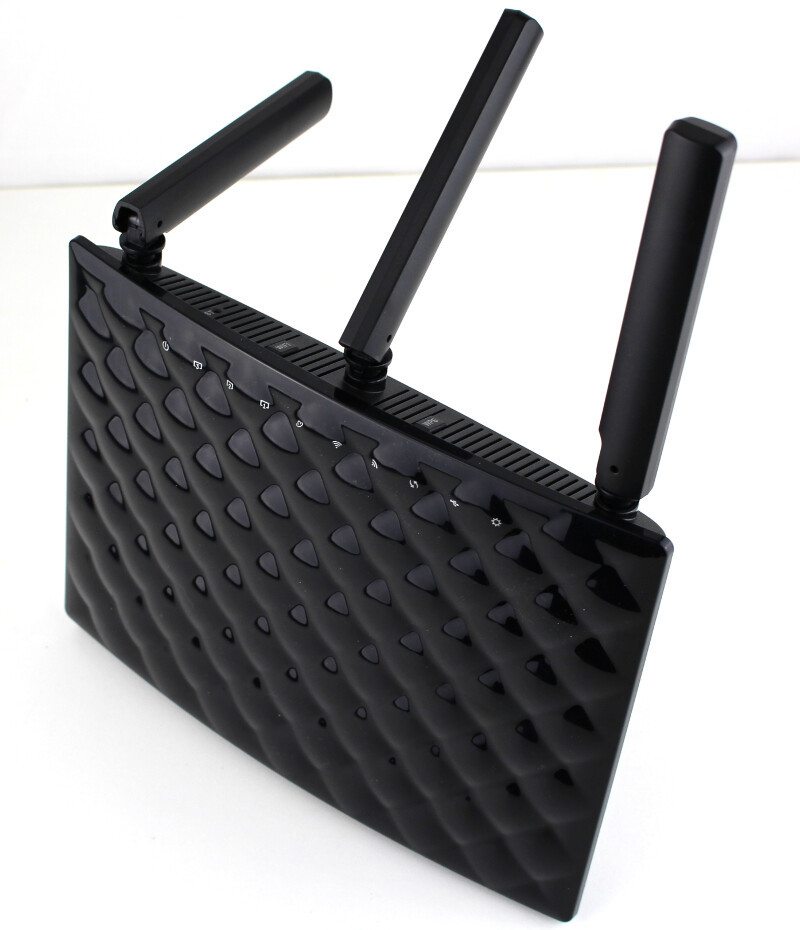 Tenda might be a company that is mostly known for the entry-level products at lower speeds, but they also got some top of the line devices that easily can compete with anything else on the market. Today I’m taking a look at the new Tenda AC15 which is an AC1900 Smart Dual-Band Gigabit WiFi router.

Tenda designed the AC15 with the smart home in mind and as such the router brings a lot of features that can make your everyday digital life a lot easier. Starting with the dual-band AC1900 technology we know that we have a strong router in our hands that will deliver some of the best possible wireless network speeds. The AC15 also features beamforming technology that helps to boost the range of the high-powered amplifiers and external antennas. 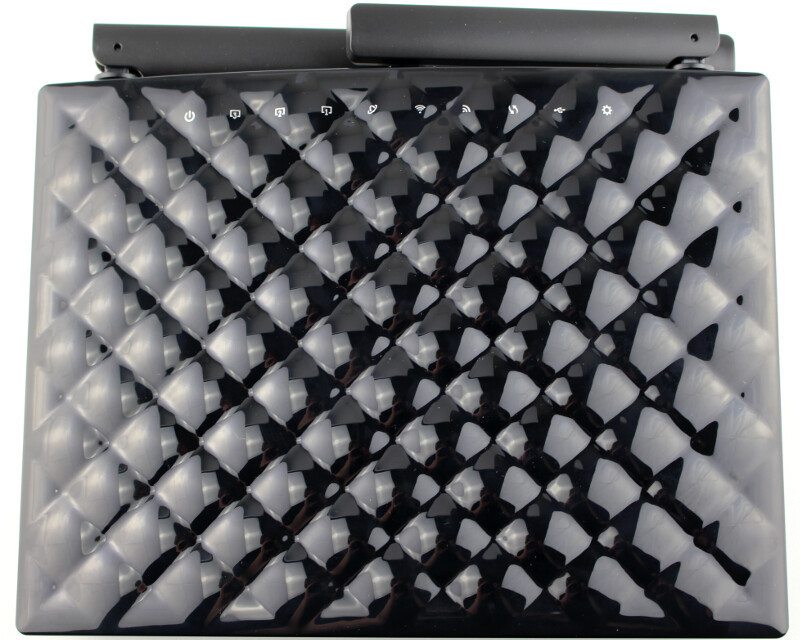 The AC1900 standard defines a total speed capability of the router up to 1900Mbps where it is capable of delivering both 1300Mbps 802.11ac at 5GHz and 600Mbps 802.11n at 2.4 GHz concurrently. The Beamforming+ technology helps to achieve the best connection with each device as it locks onto a device’s location and strengthens the signal in that direction rather than blasting it equally in every direction.

The router is equipped with 3 external dual band antennas with a 3dBi strength. Sadly the antennas aren’t replaceable, at least not without taking the unit apart, but they should offer plenty of performance for small to mid-sized homes. 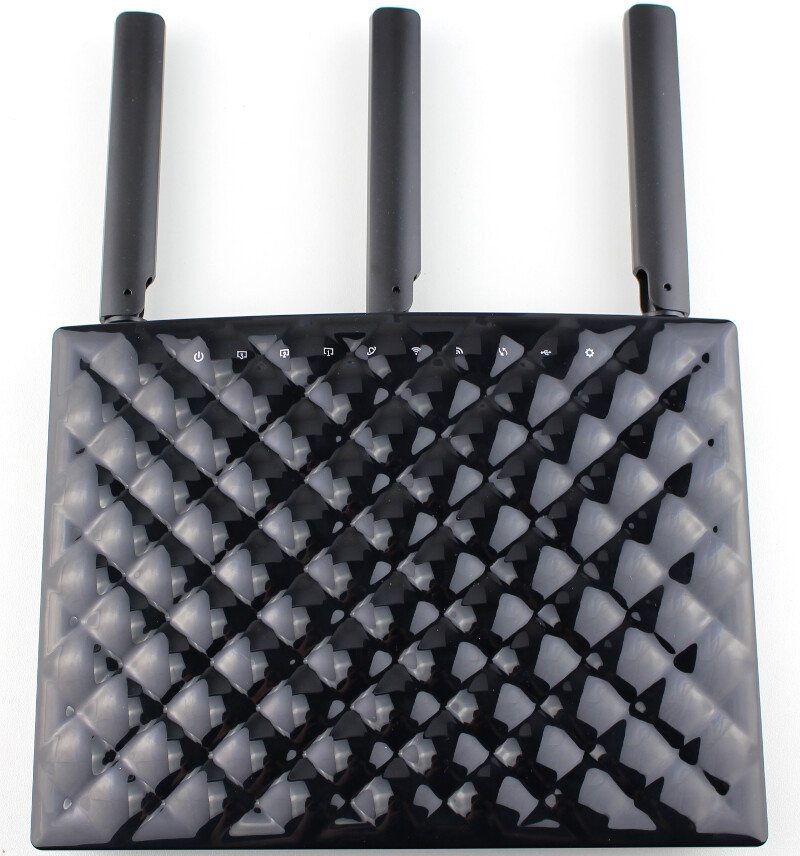 Tenda built the AC15 router around a Broadcom dual-core processor and equipped it with DDR3 memory, but the specifications page does not reveal which exact processor nor how much memory it has. That might, however, be something we can find out through the user interface or by opening it up.

Next to the obligatory WAN port, Tenda equipped the AC15 router with three more Gigabit Ethernet ports for your wired network devices. It also features a USB 3.0 port for easy storage and printer connections which then can be shared to any device that you want via your network. This also allows you to create a personal cloud system and that’s even an easy task to do thanks to Tenda’s personal cloud system. We’ll have a close look at that when we got to the user interface. 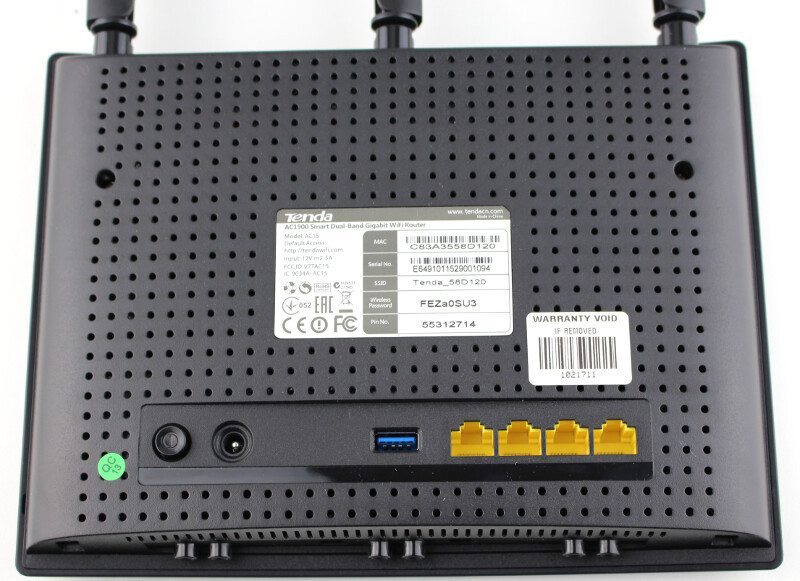 There is an ever-increasing concern what effect WiFi signals can have on us humans and it’s better to be on the safe side than sorry. Whether this is a concern to you or not, the Healthy e-life functions in the router allow you to dim the LEDs as well as turn the WiFi signal on and off by a user defined schedule. Why should you be bothered by blinking lights and wireless signals when you aren’t home or asleep. Might as well turn it off, which also saves on the electricity bill.

The initial setup and further configuration of Tenda’s AC15 is a breeze as you can do it from any device, whether it’s wired or wireless. You can either use the easy web setup wizard or use the available Tenda apps. Once setup, you have a powerful wireless router that supports IPTV, VPN, FTP, DDNS and DLNA among others.

The retail package for the Tenda AC15 router is a beautiful full-coloured one. The front teases the features and the units design with its eye-catching and bright design. 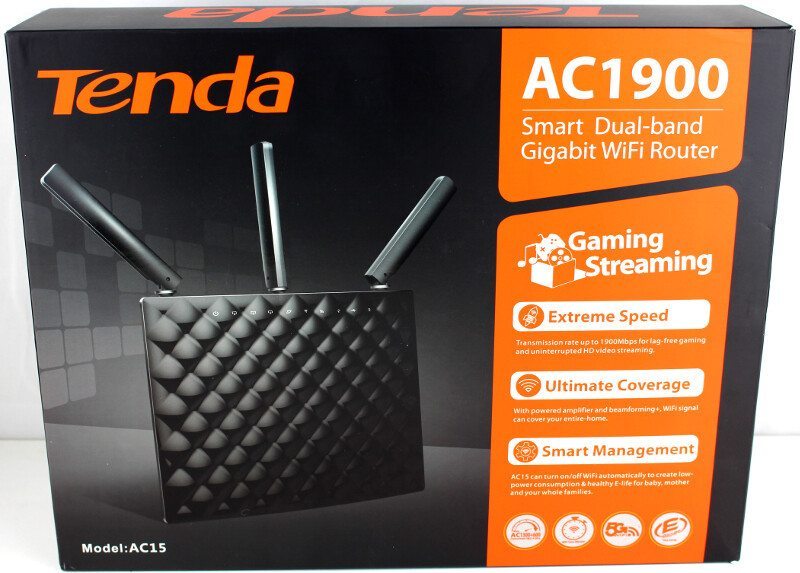 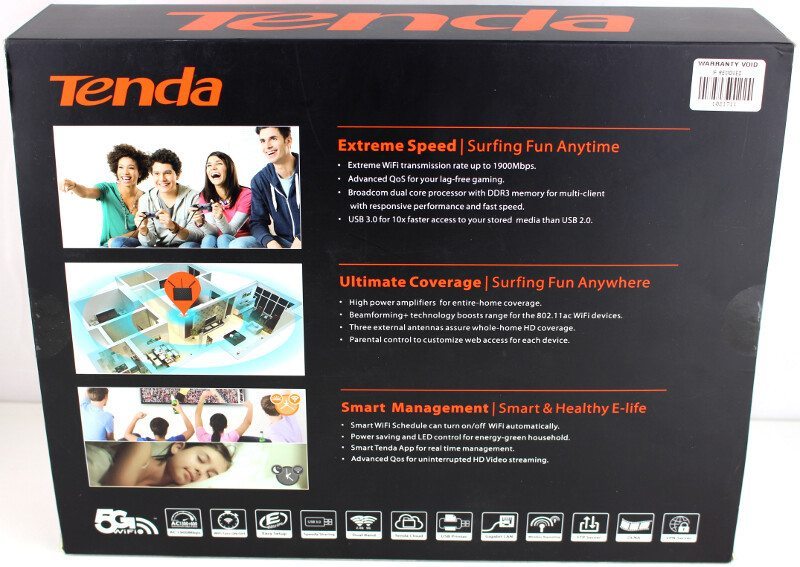 The full network specifications can be found on the side of the box, so you know what you get before you make the purchase. 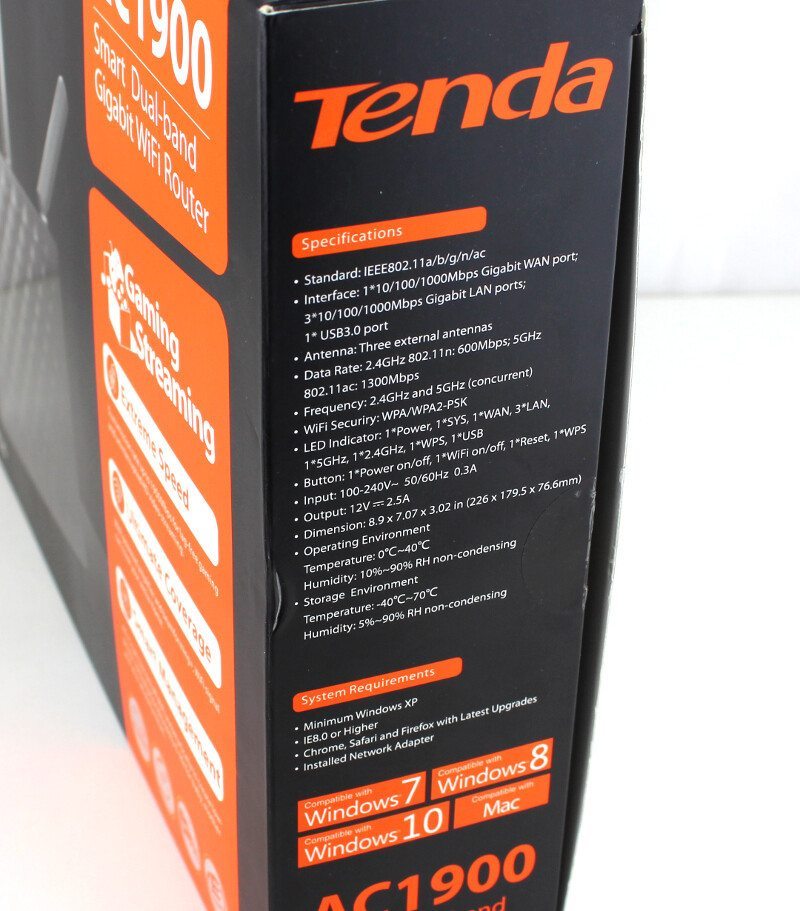 The router itself is wrapped with a plastic cover to protect it from scratches. There’s also an extra SSID and password sticker on the plastic which you can remove and place somewhere else for safe keeping. 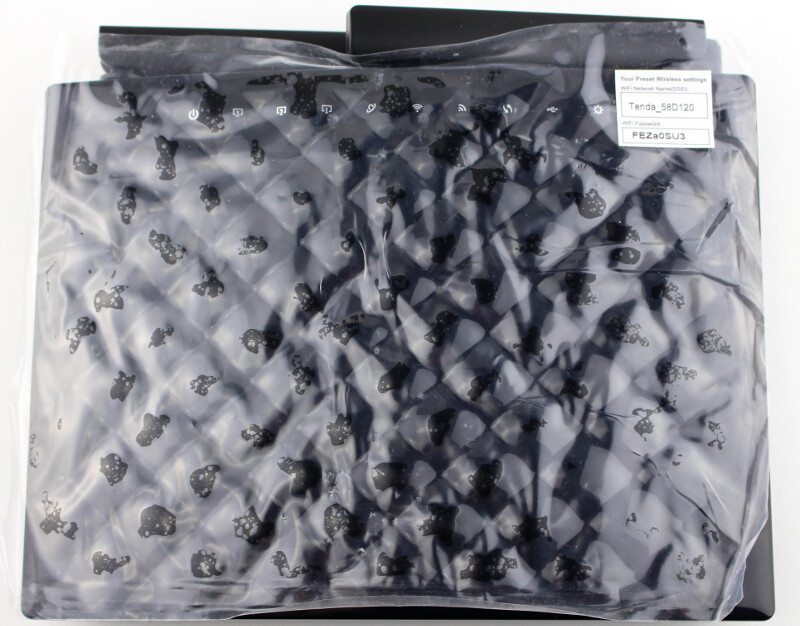 There’s an install guide, GNU license notice, and a wireless standard certification included, but the last two are more for legal reasons. 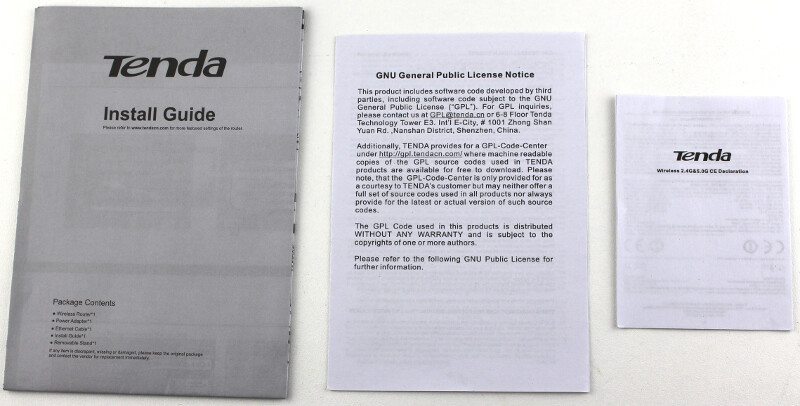 Besides the router and the manuals, we also find a power adapter, an RJ45 LAN cable and the foot for the router inside the box. 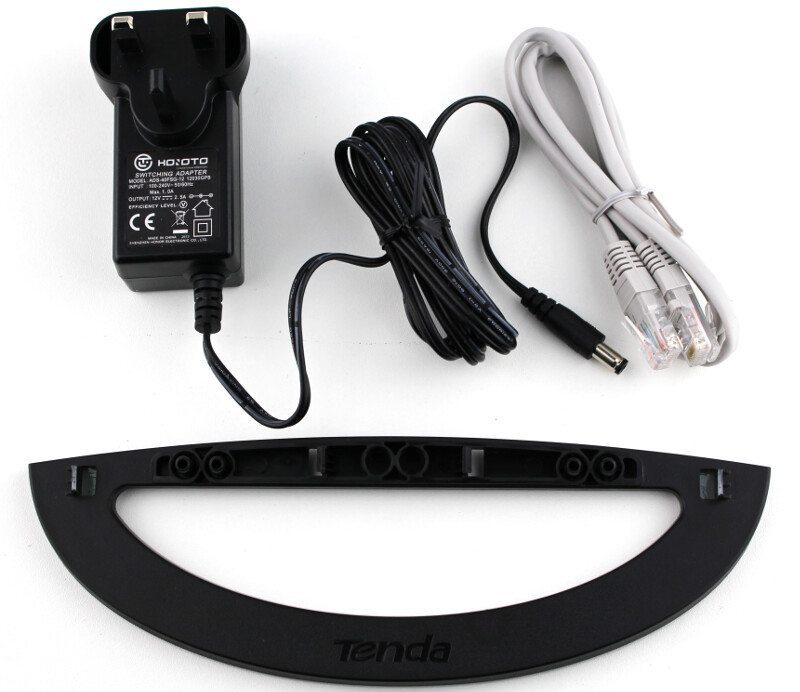