Around a month ago we announced to you that AMD was releasing version 3.0 of its Eyefinity software package. One of the key new additions to AMD’s Eyefinity 3.0 software is the ability to support mixed resolution monitors in an Eyefinity configuration through a variety of methods. This exciting addition means you can mix and match a variety of displays so there’s no reason to scrap any mis-matched monitors if you want to do multi-screen gaming. 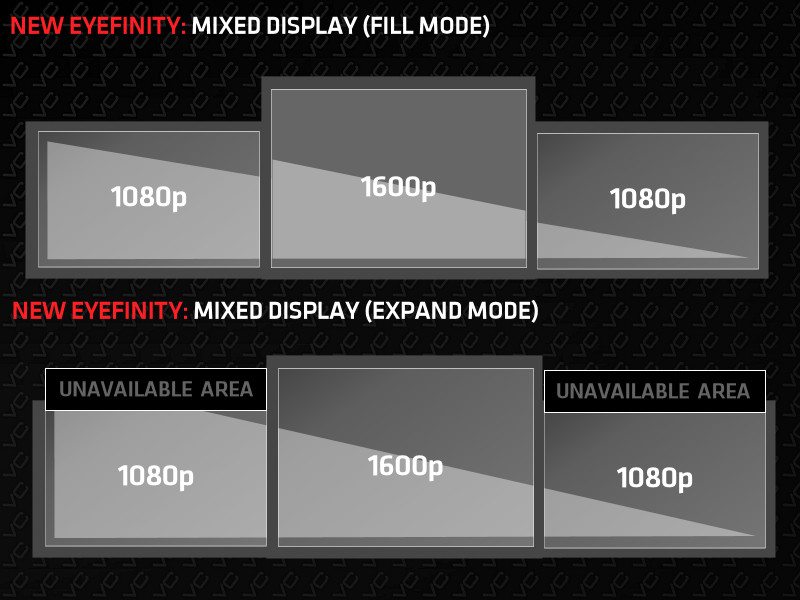 Mixed resolution support will be implemented in three different ways: fill mode, expand mode and fit mode. The first of those, fill mode, utilises the full resolution of all displays but as a result of that the resolutions created are not quadrilateral (i.e. are not rectangular). The next mode, expand mode, creates a rectangular resolution based on the vertical pixel count of the highest resolution display and the combined horizontal width of all displays. The resulting area that the smaller displays cannot show is designated as “unavailable area” because the displays lack the resolution to project it. 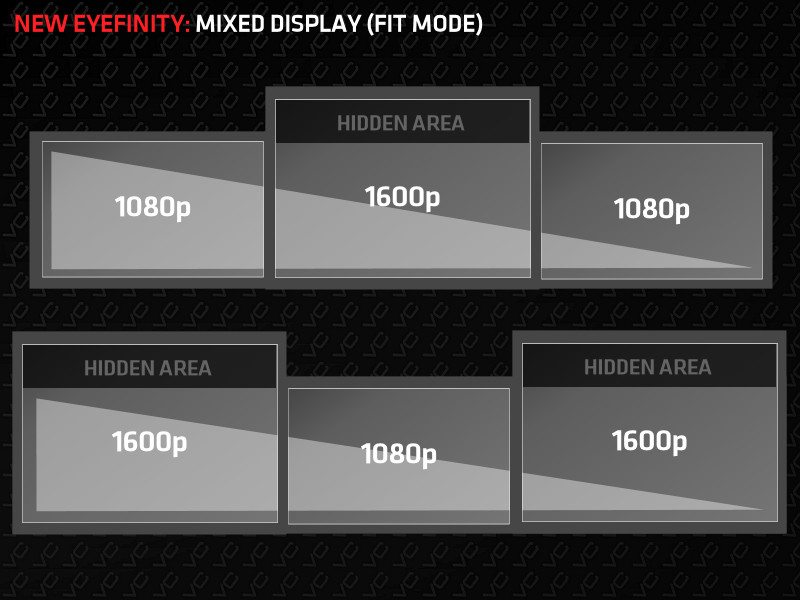 The final method is fit mode by which the vertical pixel counts are kept constant across all three displays so it will use the maximum common vertical height. In the example below you can see that you’d end up with three 1080p height screens but the middle one becomes 2560 x 1080. This differs to previous Eyefinity where it would simply set the middle display to 1920 x 1080, now you can use the extra width by sacrificing the height which is preferable to sacrificing both. 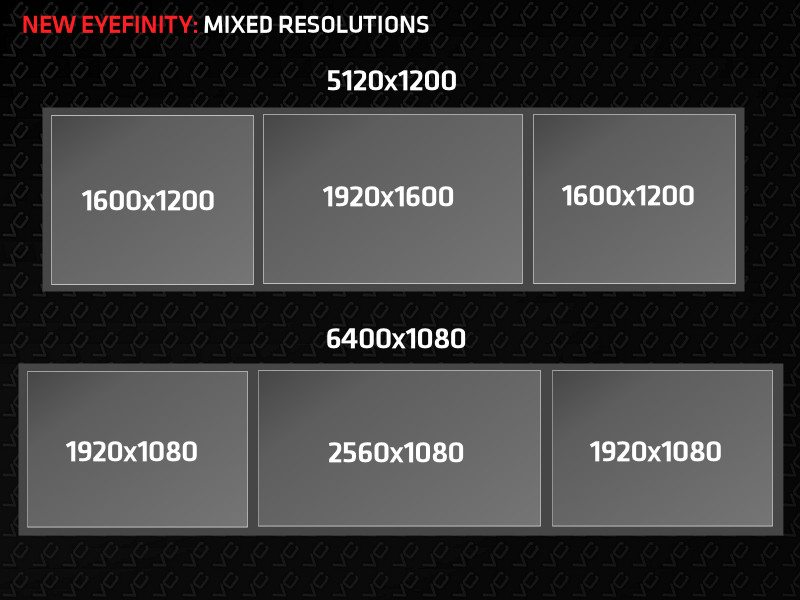 To test out this new AMD Eyefinity technology AMD have sent us over the required monitors to run a 6400 x 1080 configuration. The first is the central 2560 x 1080 resolution display, for this AMD sent us the AOC Q2963PM 29 inch panel. Despite being a 29 inch panel, the vertical height is the same as a 23 inch 1920 x 1080 panel because remember panel height is measured diagonally, the extra width doesn’t make this display any taller. To go either side of the AOC Q2963PM AMD also sent us two NEC MultiSync E231W displays. Together these three panels form a 6400 x 1080 resolution with a uniform vertical height that makes it look like a natural combination. For testing this high-resolution set up we are testing it with XFX’s R9 290X Double Dissipation 4GB graphics card on our usual high-end graphics card test system. We were tempted to use CrossFire 290Xs but decided to opt for one card to keep the results as realistic and accessible as possible.