The “Political Machine” Lets You Run For President 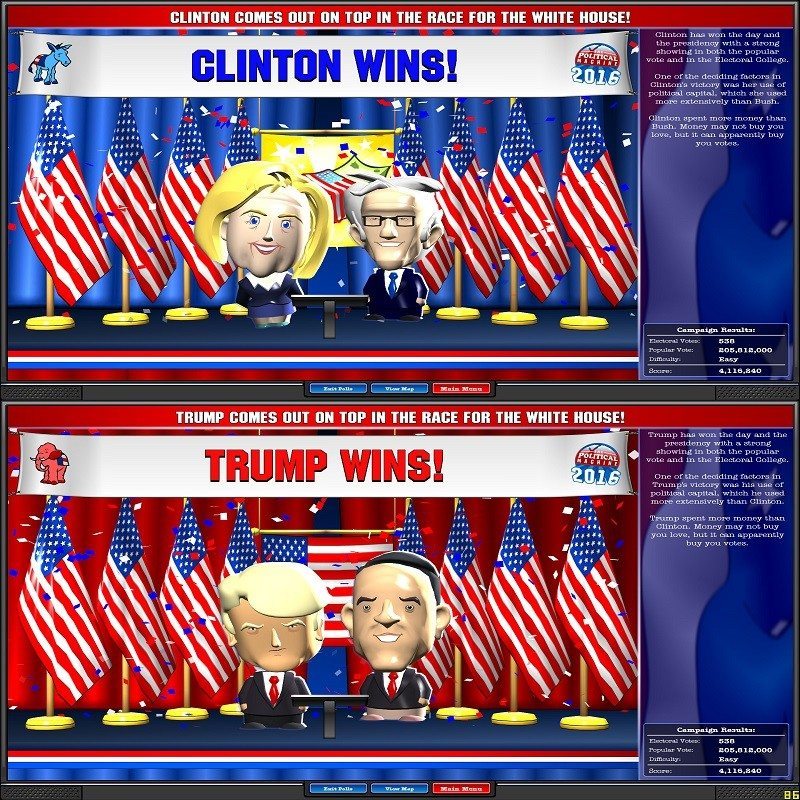 The various campaigns from hopeful candidates aiming to be the next president of the United States feels as if it has been going on forever, from Donald trump and his controversial views to Hillary Clinton and her private email scandal, it really feels like Groundhog day. Hoping to harness the political interest is a games developer by the name of “Stardock Entertainment” who has both developed and also released a game by the name of “The Political Machine”.

Below is a summary of the key features of this game along with a selection of screenshots,

Below is the first screenshot, as you can see, it’s not the most high-tech game in the world in terms of graphics, although it does capture Donald Trump. 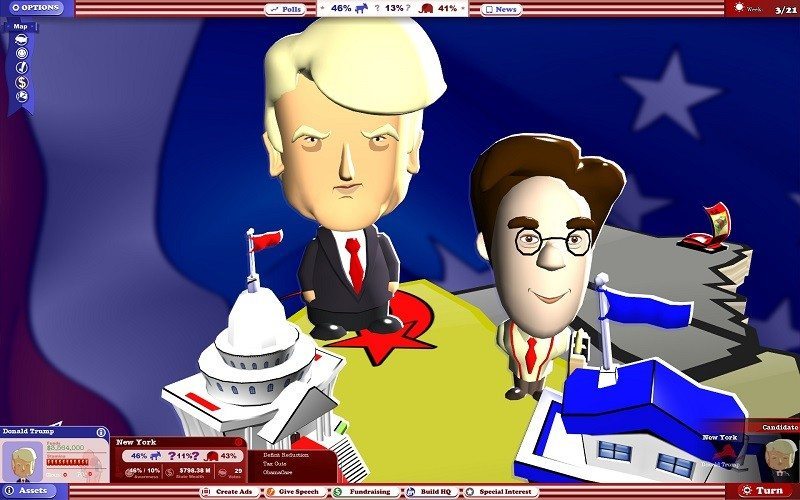 The next screenshot is below and conveys how your chosen political figure will perform in terms of how many votes will be gained and also who will win each state. 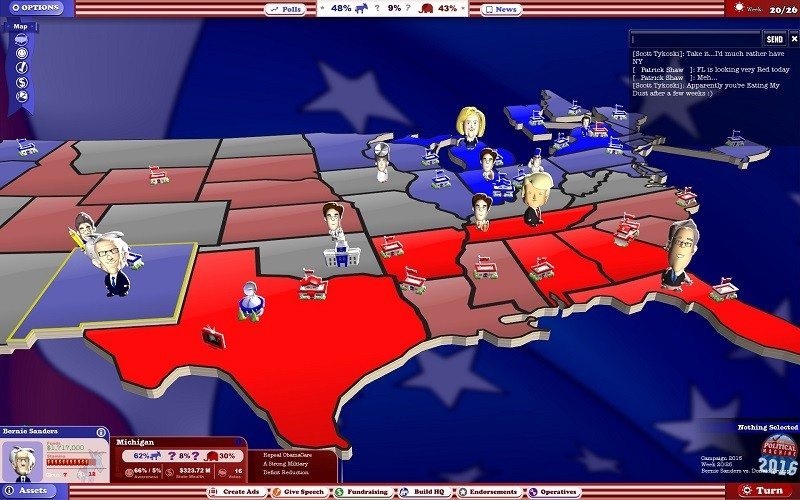 Below is a trailer video to convey the style of this game,

The specifications for this game are below, if your thinking of running this title then it should be pretty straightforward.

The game is priced at $7.49 and is available through Steam, Stardock themselves and also a digital download.