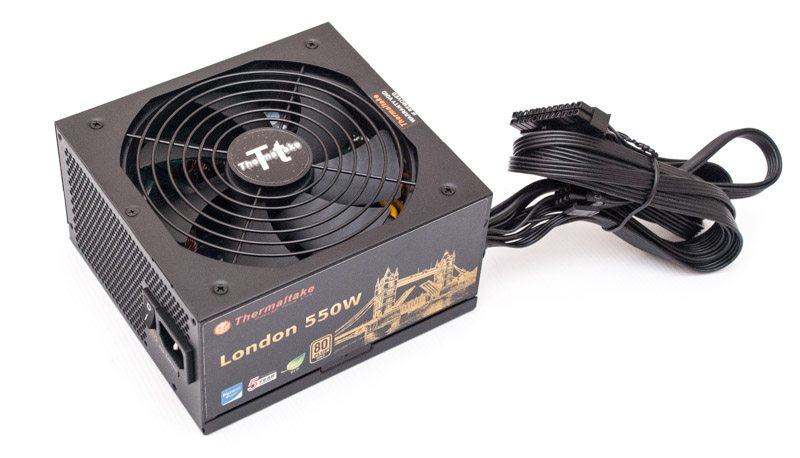 Naming power supplies after cities of the world is certainly a unique strategy to grab the attention of buyers in an otherwise saturated power supply market: Thermaltake have opted for “Berlin” and “London” name-tags on some of their power supply series. On paper, at least, the Thermaltake London 550W power supply that we are reviewing today does appear to be a new product even though it falls under the existing Toughpower series.

At first glance the similarities between the Thermaltake London 550W and Toughpower Gold 550W seem strong as they are both 80 Plus Gold rated 550W power supplies boasting 5 year warranties and active PFC. But comparing their specifications we see the London 550W PSU features a semi modular design, quieter fan and an increased MTBF over the Toughpower Gold 550W – all of which are improvements. On the negative side the London 550W features a shorter hold up time of 12ms which actually falls below the minimum 16ms allowed by the ATX specification: the Toughpower 550W Gold offered 17ms. The London unit is also slightly bigger featuring an extra 20mm of depth which is what allows it to run a bit cooler and quieter as a 140mm fan can be used instead of a 120mm on the older Toughpower Gold. 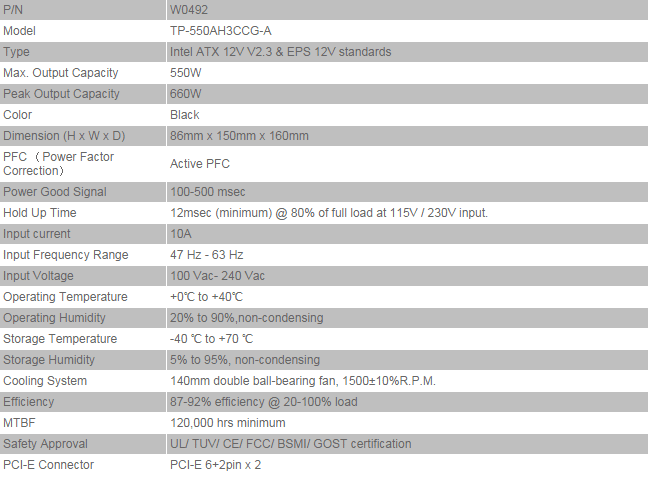 The London naming also plays into the branding with a picture of London’s iconic Tower Bridge gracing the box and the power supply unit. 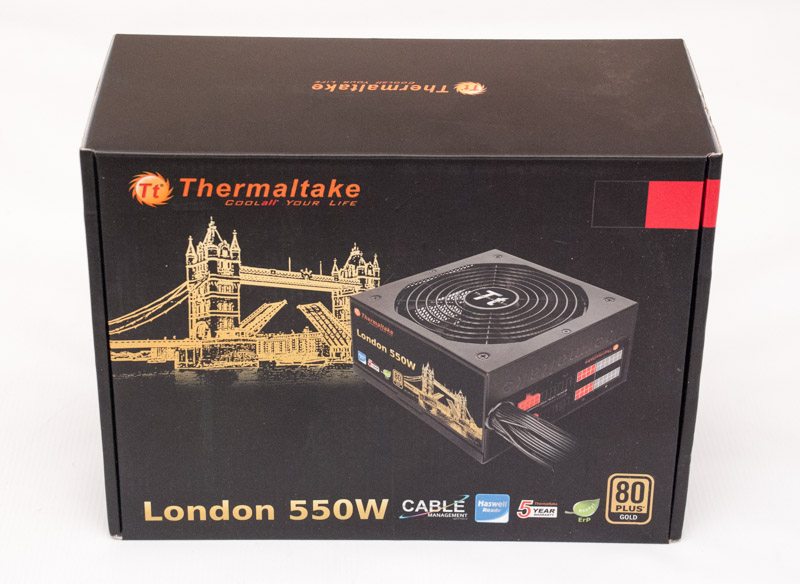 Around the rear, quite ironically, we see that the box’s writing is in German. Maybe they sell the Thermaltake Berlin power supply in English to balance it out? 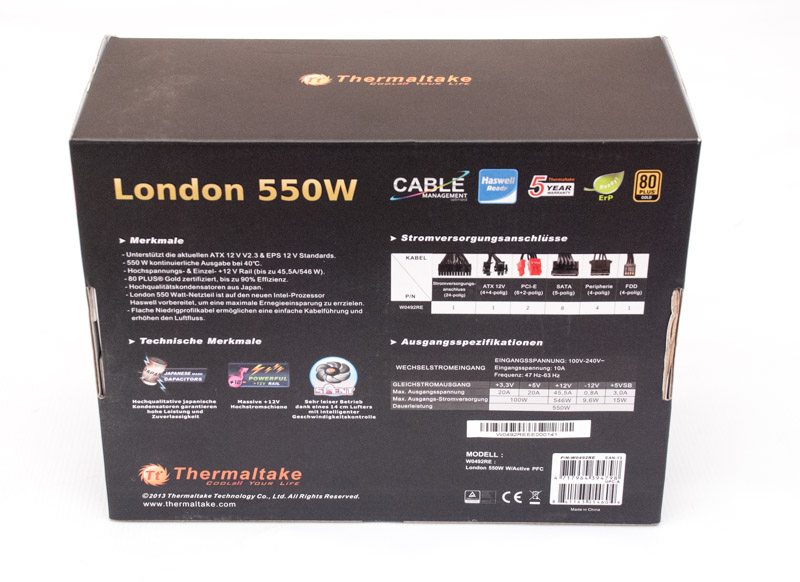 The accessory package is nothing out of the ordinary with a user manual, warranty guide, power chord, some screws for securing the PSU into your case and a rather stingy 4 zip ties for cable management. 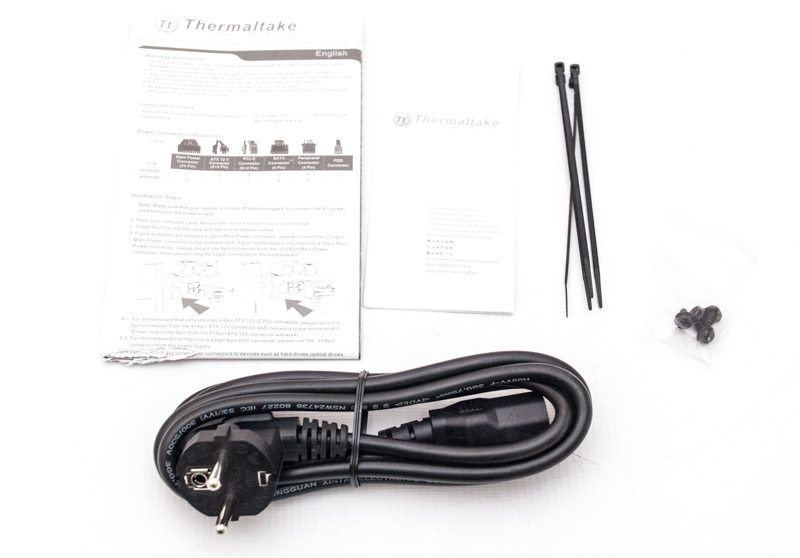