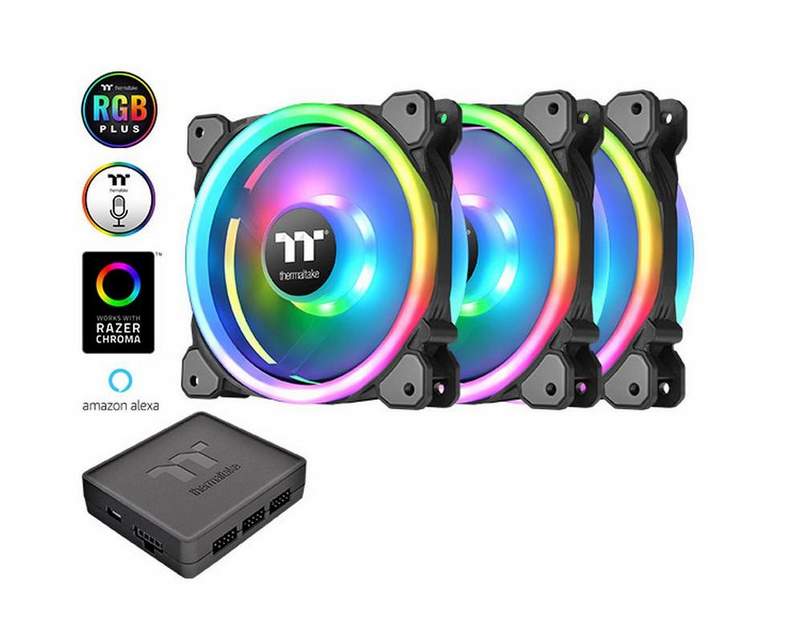 Two months ago, Thermaltake launched their new Riing Trio 12 LED RGB fan TT Premium Edition. This comes in a 3-pack, containing three 120mm RGB LED fans and a hardware controller. Now they are following it up with a larger 140mm fan variant. As usual, these fans are PWM controlled delivering high-static pressure. This makes them ideal for use even in radiators. Far too commonly, RGB LED fans have to sacrifice performance for aesthetics, but like the Riing Trio 12, the Riing Trio 14 kit promises to deliver both. 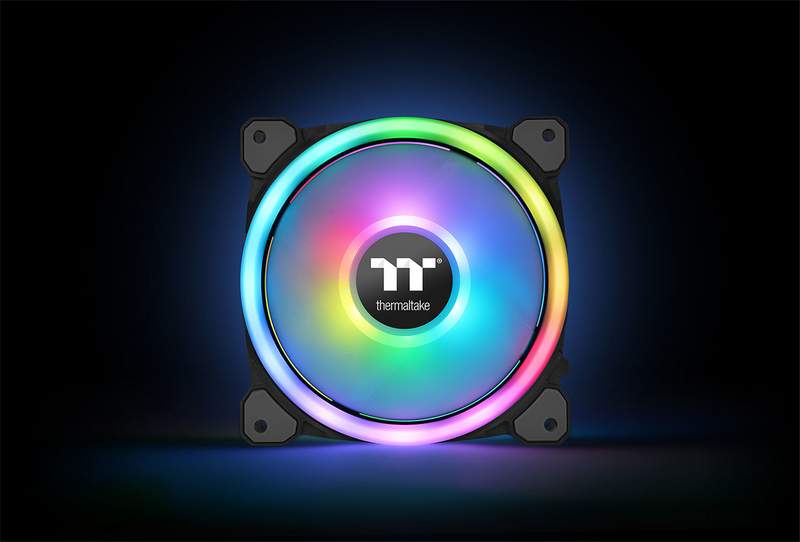 The Riing Trio series is an improvement over the Riing fan series introduced last year. Now they even feature advanced LED controls, including Amazon Alexa hands-free support. Users can even synchronize the RGB LED colours to match the weather report from Alexa. Furthermore, these RGB LED fans are also Razer Chroma lighting compatible. Which means users can synchronize the illumination with their Razer Chroma products. They can even use Razer’s software to integrate the Riing Trio 14 fans to the Chroma ecosystem.

How Much is the New Riing Trio 14 RGB Radiator Fan?