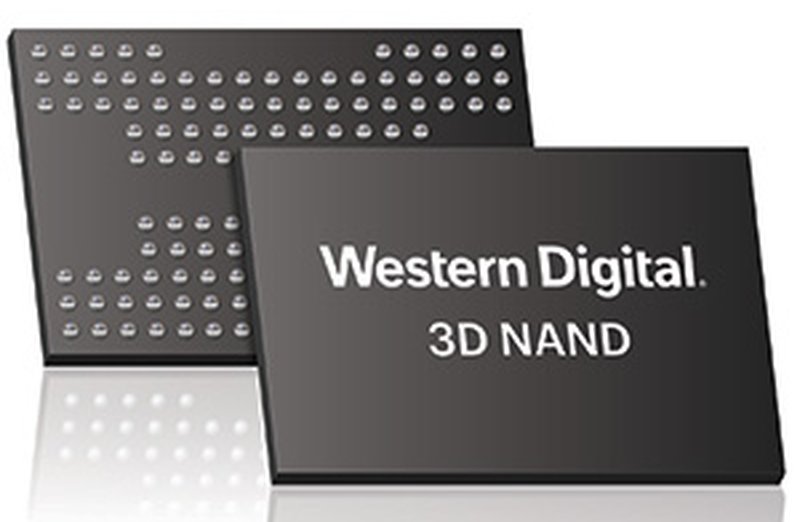 Western Digital is a traditional hard disk drive manufacturer. That changed with the SanDisk purchase last year. Along with the sizable flash memory business, WD also picked up a partnership with Toshiba. Earlier, Toshiba announced their new 3bit 3D Quad Level Cell NAND. Following along, Western Digital is also announcing their own 3D QLC NAND based on the same BICS3 architecture.

QLC NAND  or Quad Level Cell is currently the densest commercial NAND you can get using any given manufacturing process. At the top, we have SLC which stores 1 bit per cell while MLC doubles that to 2 bits and TLC to 3 bits. SLC only needs to manage one voltage level, MLC 4 levels and TLC 8 levels. Once you get to QLC, you’re managing 4 bits and 16 different voltage levels. Due to the greater level of voltage differentiation, performance and endurance are worse than MLC and TLC. This has meant QLC has largely been regulated to slower devices like flash drives or low-intensity operations.

If these claims hold true, QLC may be the go to NAND for future budget SSDs. For one, it would go a long way to solving the NAND shortage with ever denser dies. Once BICS4 gets QLC, we can expect even better prices as well. The only downside is with fewer NAND dies, performance for low-end drives will drop. Hopefully, the industry will simply shift to higher capacity drives as standard.