In a ridiculous YouTube stunt gone wrong, a man ended with his head cemented into a microwave oven.

There’s a lot of ridiculous stuff on YouTube. In truth, if you’ve got a bit of time to kill, some of the weird stuff can be a great way to fill it. In this instance, however, it was a stunt gone wrong.

TGFBro is a YouTube channel which, amongst other things, generally delves into the ridiculous nature of stunts. Most of their ‘stunts’ revolve around the misuse of products such as, for example, sealing their feet in expanding foam.

In this prank, however, they decided to see what would happen if they cemented a persons head inside a microwave oven. Now before you ask why, that question doesn’t work with this channel. Rest assured, however, the stunt went completely wrong as guess what? The microwave got stuck on his head.

There are, frankly, better ways to get YouTube views. 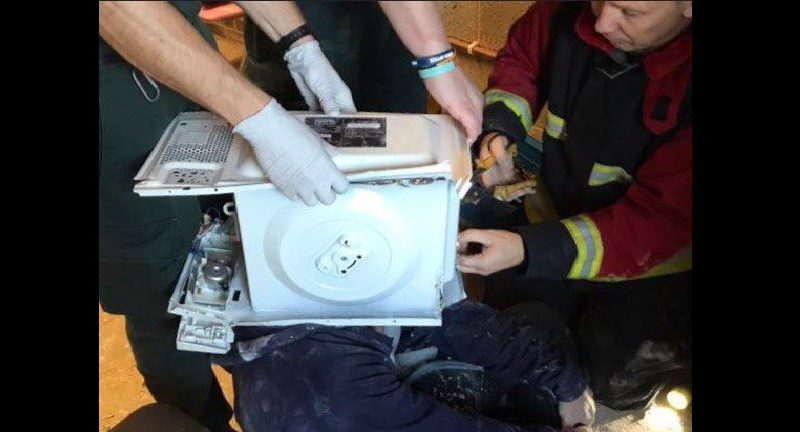 So what went right?… Wrong?…

Eventually, in what I am confusing as to whether it went wrong or right, it was completely stuck on his head. There was just one problem, they couldn’t get it off.

In a report via the metro, once it was stuck on, his friends had spent over an hour and a half trying to free him with no success. Eventually, they had to call the emergency services who dispatched both the fire and ambulance services.

They were able to successfully remove him but were clearly angered at the ridiculous nature of the call-out.

Fire Commander Shaun Dakin said: ‘As funny as this sounds, this young man could quite easily have suffocated or have been seriously injured.’

In the future, I think they might scale back their stunts. Maybe try a few lets-plays instead.

What do you think? Should they be fined for wasting emergency services time? Should YouTube ban their channel? Was it just a harmless stunt gone wrong? – Let us know in the comments!