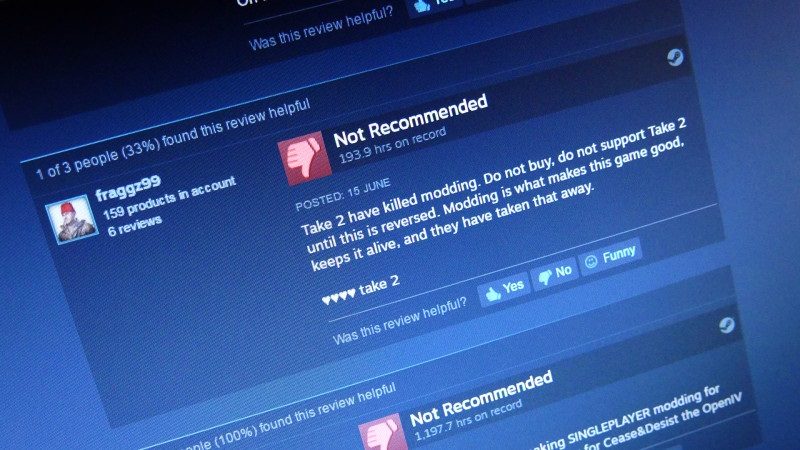 Grand Theft Auto V is a great game. However, if you were to read the most recent steam reviews you might not know it. A recent attack on the modding community by Publisher ‘Take Two’ has seen a massive backlash from the fans who are not happy in the slightest. What could have possibly happened to have given this game ‘mixed’ reviews?!

What are the Steam reviews saying about Grand Theft Auto V?

Here is a little selection;

Well 2K don’t let you mod the singleplayer. and the shark cards are a rip off!!!!!!!!!! 10X the amout of what you get from them then they mite be worth it.

Gave us a port of a game years late. Used the law to harass modders and such. 3/10. 3 for being a decent game. -7 for being piece of sh$t developers.

Only bought this game for the mods, well…. thats out the window. Thanks Taketwo. Ill never touch this game again.

Not the most glowing of reviews. It should be made clear, if you haven’t figured it out already, that the problem isn’t with the game. The criticisms have been levelled due to a rather heavy-handed approach that Take Two has made against the modding community. ZeroLives has even reported that ‘Cease and Desist’ notices have been sent to modders. This is a quite heavy-handed legal document which in brief means, ‘stop or we’ll sue you’. 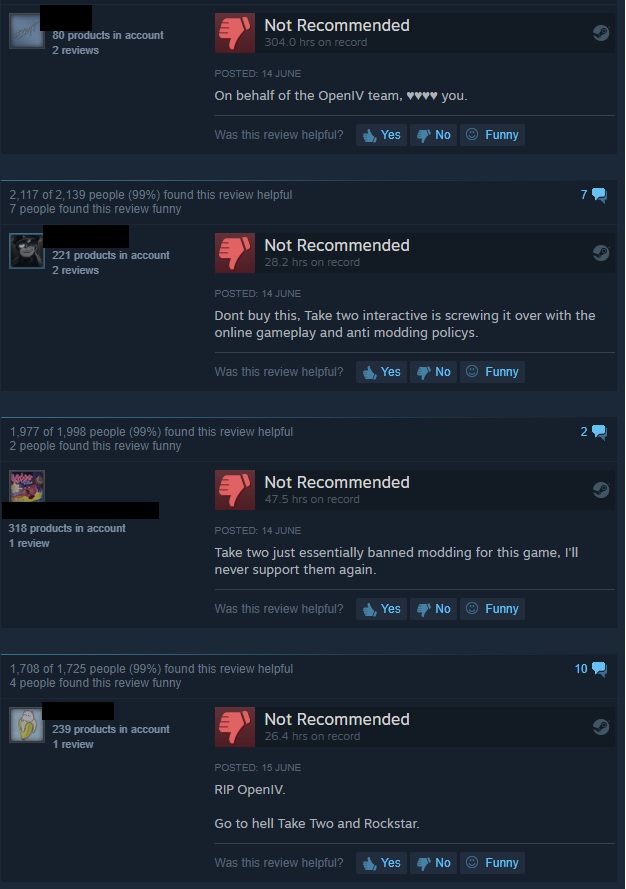 Why such a lot of negative reviews though?

The Grand Theft Auto V community has an excellent modding section. Given that the PC version was released around a year after the console version, there was a lot of anticipation for the PC version of the game. From many instances people just wanted to the PC version to access the modding community which flourished on GTA4.

Take-Two however seems to be ramping up their war against infringements on the End User Agreement (EUA) terms. You may recall we recently reported how Take-Two had pulled a pretty awesome Red Dead Redemption mod contructed in GTA5. Such actions do not generally go down well with the community and while the modding community can largely appreciate the importance of protecting your commercial property, the wholesale attack has ripped the heart out of what was a popular and largely benign area.

Details on the (former) Red Dead Redemption mod can be read here.

What does this mean for the future of Grand Theft Auto V?

The removal of the modding option to Grand Theft Auto V will, I fear, have a significant impact on the game. The PC version is a little over 3 years old now, and for a game that old, the online traffic is still pretty decent. Although modding is not a major part of the current consumers, it is one of the most active parts. The effective outlawing of them will I suspect begin to signify the beginning of the end for this brilliant title.

It is unclear if Take-Two has undertaken this action by itself, but I doubt it. Rockstar North has a pretty notorious reputation for being protective of its goods. While from a legal standpoint this makes sense, to infringe on the very people who are forming the only true active part of the community just does not make any sense. If anything the modding community was likely the only thing currently driving sales or at the very least, the major contributor.

I expect 1 of 2 things, Take-Two will quietly rescind this action or Grand Theft Auto V will begin its gaming death. The latter would mark a sad and unnecessary early termination of what was still passing as an excellent game, even 3 years on. 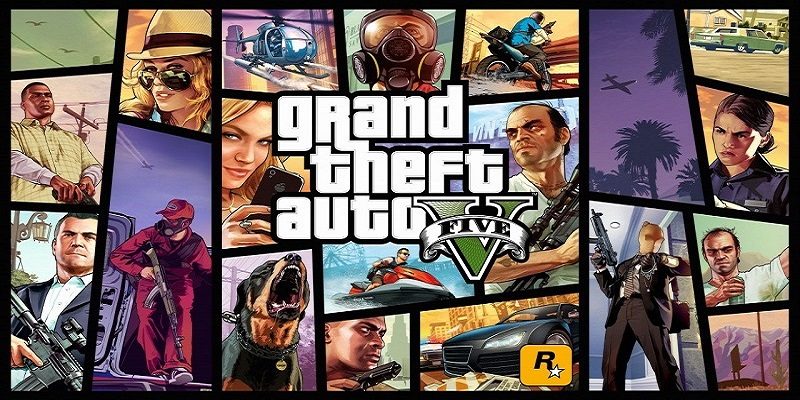