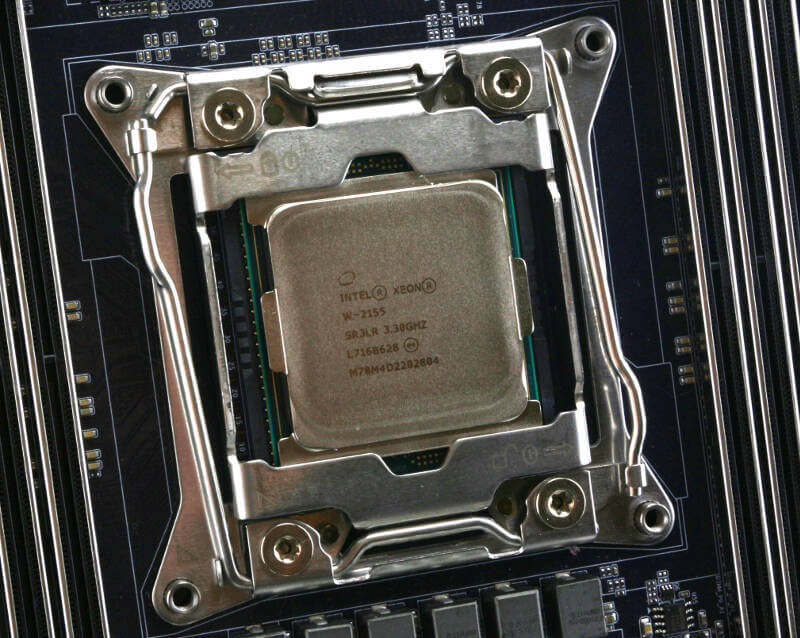 Intel Xeon W processors deliver an optimised performance for the needs of mainstream workstation professionals. Hardware-enhanced workload performance, security, and reliability for the increasing demands of professional workstations and ready for professional quality VR design. That’s the official introduction to the series and as such also a fitting introduction to our first review in the series: The Intel Xeon W-2155 (product link) 10-core 20-thread processor.

The new Xeon W processor series consists of 8 SKUs, starting with a simple 4-core/4-thread version. From there, it moves over six, eight, ten and fourteen-core versions until it reaches the top of the series. At the top is the impressive W-2195 which has 18 cores and 36 threads as well as 24.75MB cache. That is an insane amount of cores, especially when we consider that we are staying in a reasonable form factor.

This series is normal sized and not as large as the LGA3647 or TR4 sockets which we’ve seen lately. Instead, we are operating on the LGA2066 platform, and that makes compatibility a lot easier. At least at this point in time. You won’t have trouble finding compatible cooling products; they are already widely available from most manufacturers.

We recently had a look at the Intel Xeon Scalable platform which goes scales with multiple CPUs. That’s not the case here, and we’re stuck with one socket per system. But that’s okay, whether we have an 18-core or a more modest 10-core like the W-2155 that I’m testing today. 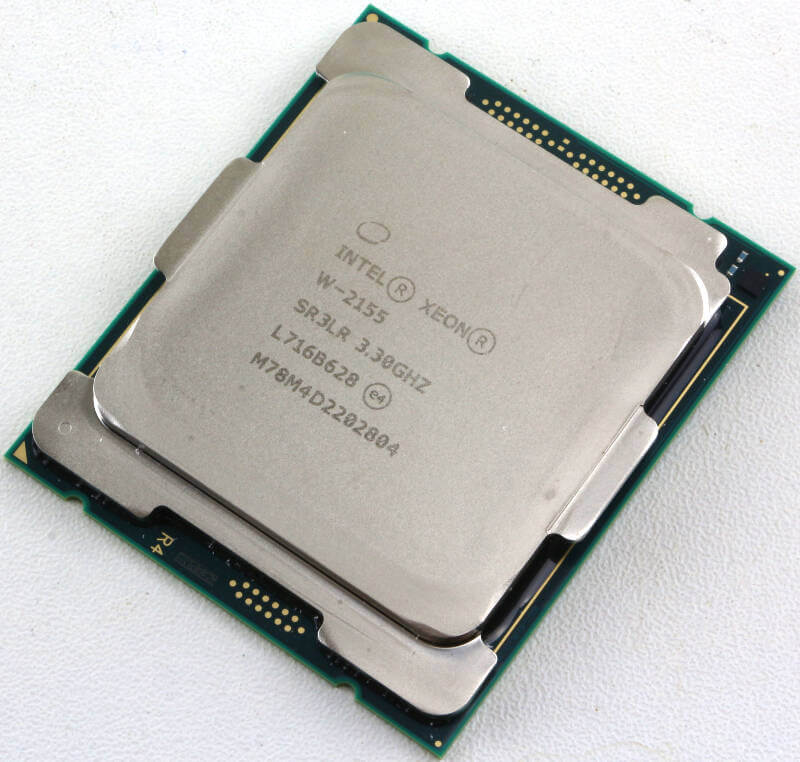 The Xeon W-2155 is a Skylake-series processor built on a 14nm process. It has a base clock of 3.3GHz and a Turbo mode up to 4.5GHz. That’s not too bad at all, especially not when we consider that we have that clock speed across 10 cores and 20 threads.

Within the 140W TDP package of the W-2155 are 13.75MB cache and a quad-channel memory controller. The processor supports up to 512GB DDR4 ECC memory with a 2666MHz speed. The memory controller has a bandwidth ability of 85.3 GB/s on a 46-bit physical address extension.

That’s all very nice, and I’m sure you already love what you’ve learned about the series and this processor. What really can make a difference though, are the 48 available PCI-Express lanes. 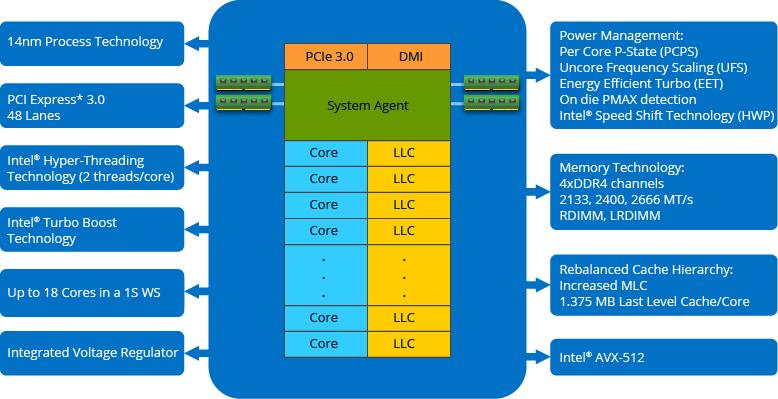 You no longer have multiple options when it comes to the chipset. The X299 motherboards sadly won’t run the new Xeon processors, so you’ll have to get a C400 series instead. The processors are designed to be workstation processors, and as such, perfect for the C422 chipset to be the base for those. Intel’s C422 chipset is purpose-built for the same thing as the Xeon-W series which makes it a perfect match.

The Intel C422 chipset is built on a 22nm process and comes in a 6W TDP. It supports up to 24 PCI-Express lanes, 8 SATA 6Gbps ports with RAID, and integrated LAN. Up to 14 USB ports can be connected to it, and they can be a mix of up to 10 USB 3.0/USB 3.1 Gen.1 and up to 14 USB 2.0 ports. Both Intel Trusted Execution Technology and Intel Boot Guard is included, and so is the vPro technology and VT-d. 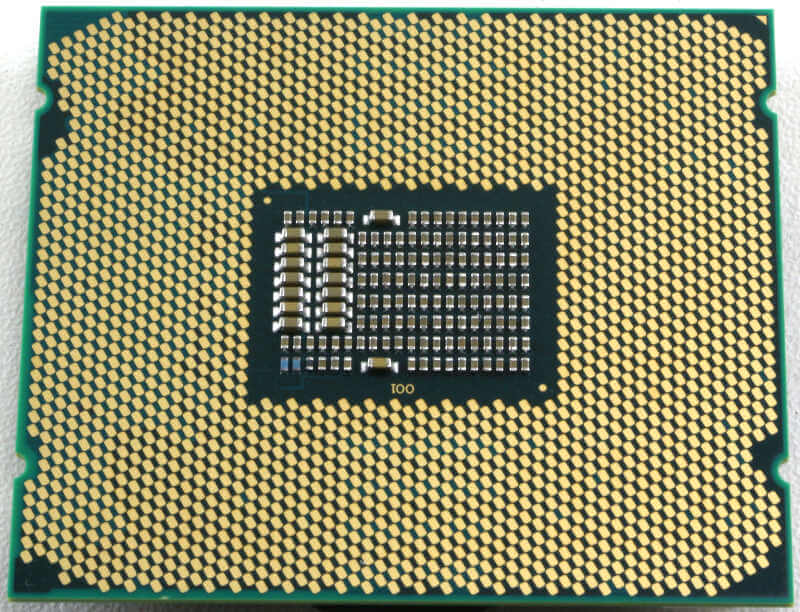 The basic features such as thread count, speed, and available PCI-Express lanes might already sell this product, but there’s more in the details. Intel baked a lot of their various technologies into this chip, offering even better performance at situation-intended tasks.

With up to 512GB memory and 36 threads in the series, VM-setups is not out of the question. Even with just 10 cores 20 threads you can set up a lot of VMs. For this, you get basic virtualisation with Intel VT-x support and directed I/O virtualisation with Intel VT-d. All these cores can talk well with each other thanks to TSX-NI. Intel Transactional Synchronization Extension New Instructions help with the multi-threaded scaling. This technology helps make parallel operations more efficient via improved control of locks in software.

If the above sounds like jibberish to you, then this might sound more familiar. The supported instruction set extensions are Intel SSE4.2, Intel AVX, Intel AVX2, and Intel AVX-512 with 2 AVX-512 FMA Units. Does Security Matter to You?

If security matters to your setup, then you’ll be happy with the next set of features. With AES-NI hardware support, encryption becomes faster and less resource hogging. After all, there should never be a situation where you need to lower your security to gain the performance you need. That’s not an acceptable scenario for any enterprise. AES-NI are valuable for a wide range of cryptographic applications. It includes applications that perform bulk encryption/decryption, authentication, random number generation, and authenticated encryption.

Most desktop processors come in the same type of box. The processor is located in a small plastic box inside a larger cardboard box. That’s not the case with the Intel W-2155 that I received. It came in this really cool plastic box. While the package doesn’t matter as such, I like it. When you spend that kind of money on a processor, it’s cool to get a small recognisable collectable. 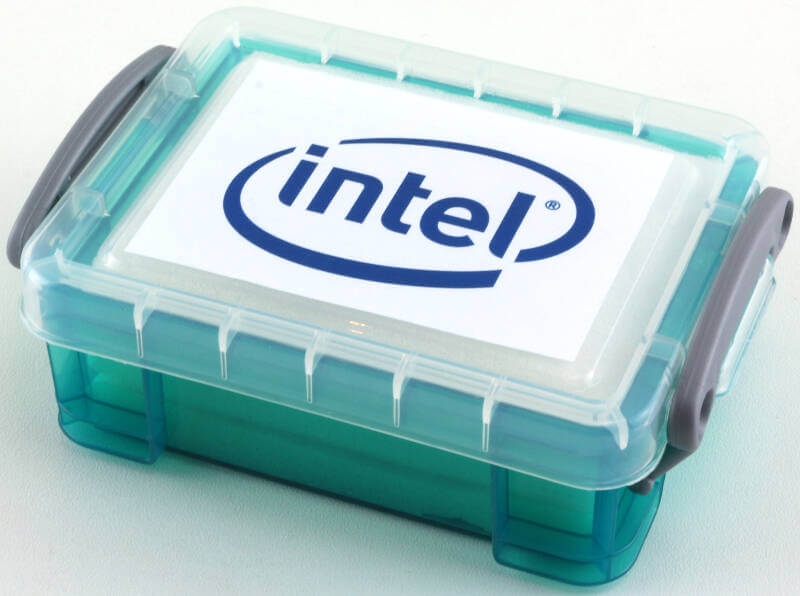 The processor itself is sitting well protected on the inside, between two pieces of soft foam. 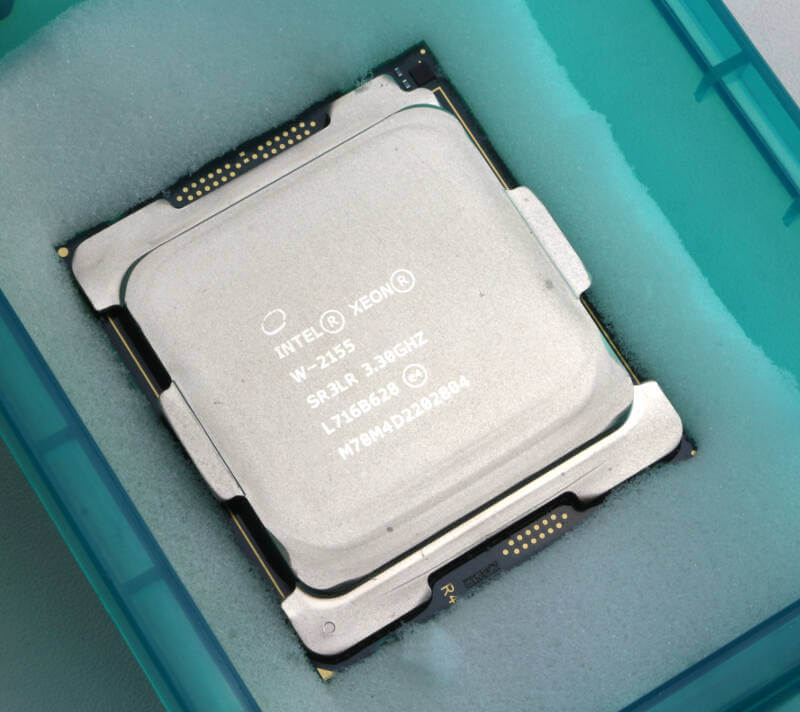