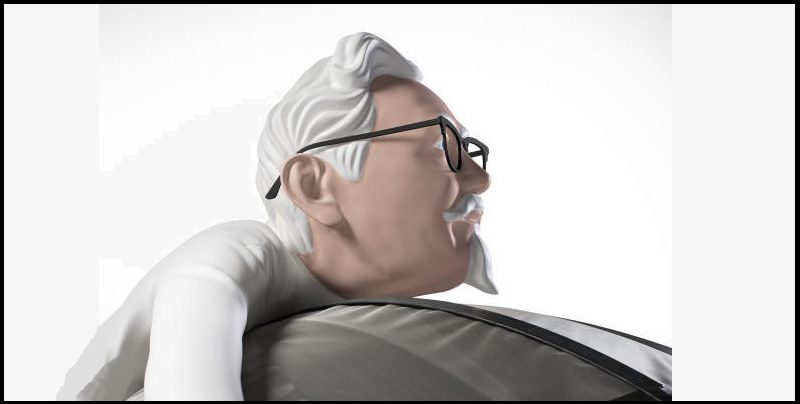 Black Friday is coming. With many shops already pre-emptively tempting us with their offers, a lot of us are planning our annual splurge. For those of you who would prefer to avoid this, however, this is an option. KFC have launched their ‘Internet Escape Pod’.

Yes, adorned with their loving mascot, Colonel Sanders promises to protect you from the internet. There is, however, a bizarre logic to this item. It isn’t just a tent.

At this point, I feel I should clarify again. Yes, this is the same KFC that sells fried chicken.

Donald Trump might want to cut-off the internet to prevent terrorism, but KFC is giving you the option just in case he doesn’t manage to pull that off.

Is this a joke? It’s not April 1st you know!

This is a 100% legitimate product by KFC. I kid you not. The tent, which would I suppose in camping terms would fall within the remit of a 2-3 berth, promises to protect you from the internet. How? The tent itself is composed of a signal resistant membrane. It does, seemingly legitimately endeavor to block wireless signals.

Even the tent handle is a chicken leg (or possibly a hot wing). Just to add that authentic KFC embellishment. You know, just in case the huge Colonel Sanders wasn’t enough.

For just $10,000 this can be all yours on their official retail website.

There might be calls for a crackdown on extremist material on the internet, but you have to admit, this deal is pretty tasty.

If an internet resistant tent isn’t your thing, the store also offers a wide variety of KFC themed goodness. Just when you think you’ve seen it all!

What do you think? Is this offer finger licking good or one of the weirdest things you have ever seen? – Let us know in the comments! 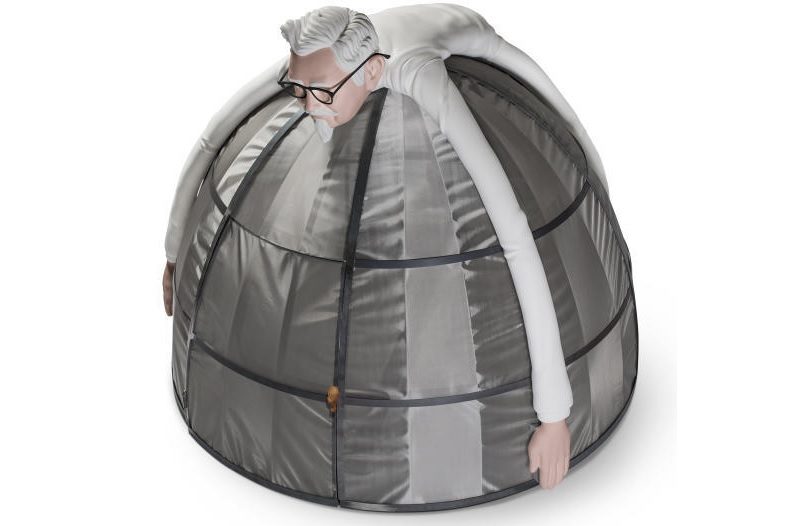