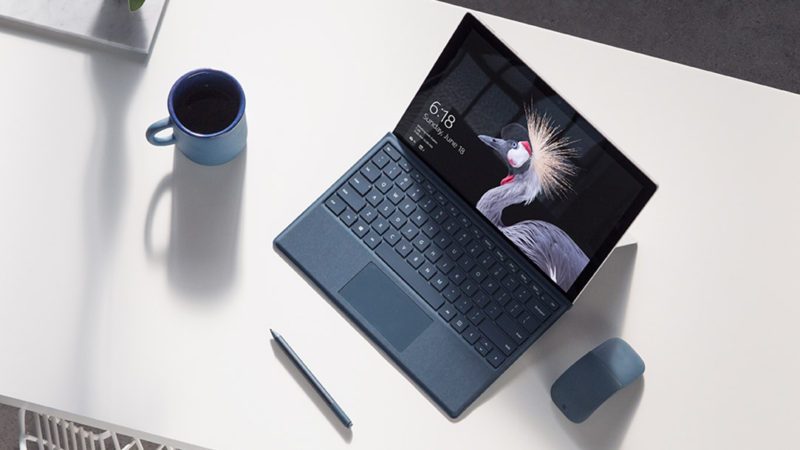 Microsoft launched their latest 5th generation Surface Pro line over seven months ago. These feature compact portability with wireless connectivity. Microsoft also intended to release an LTE version which would be useful for business and enterprise users on the go. However, they have since delayed the release to Spring 2018 only to recant and make it available by December 1st 2017 (albeit only for business users apparently). It seems that they have changed their mind again and now the Surface Pro LTE version is available for purchase by everyone. Even those who are not enterprise or business-class users.

The Surface Pro LTE is now listed on the official Microsoft Store as the “Commercial” version of the product. Two Pro LTE variants are currently available. One has 4GB of RAM and 128GB storage, while the other has 8GB of RAM and 256GB of storage. Both use a 7th generation Intel Core i5 processor. 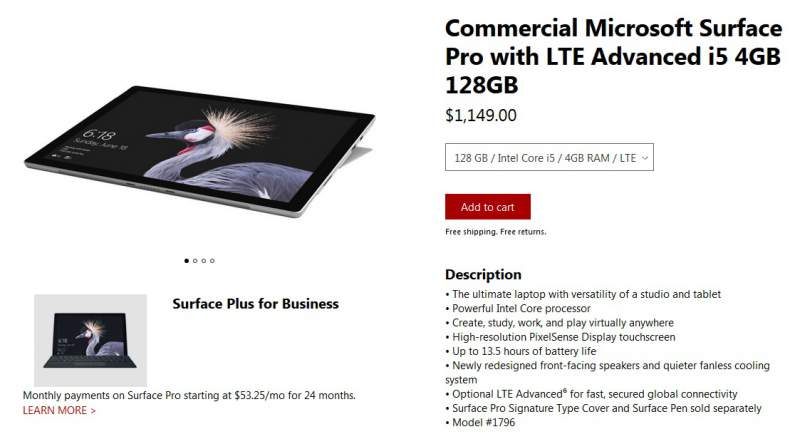 The Surface Pro LTE has a Cat 9 modem capable of 450Mbps download speeds. Which are superior to the common Cat 6 modem capable of only 300Mbps found in other 2-in-1’s. This also delivers global connectivity with support of 20 cellular bands, so you can literally take your work anywhere.

Each Surface Pro also features up to 17-hours of battery life. That number comes from continuous video playback testing, so it should be more than comfortably sufficient for all day work on a single charge. The Surface Pro LTE will accept Nano SIM cards, as well as new electronic SIM (eSIM) cards.