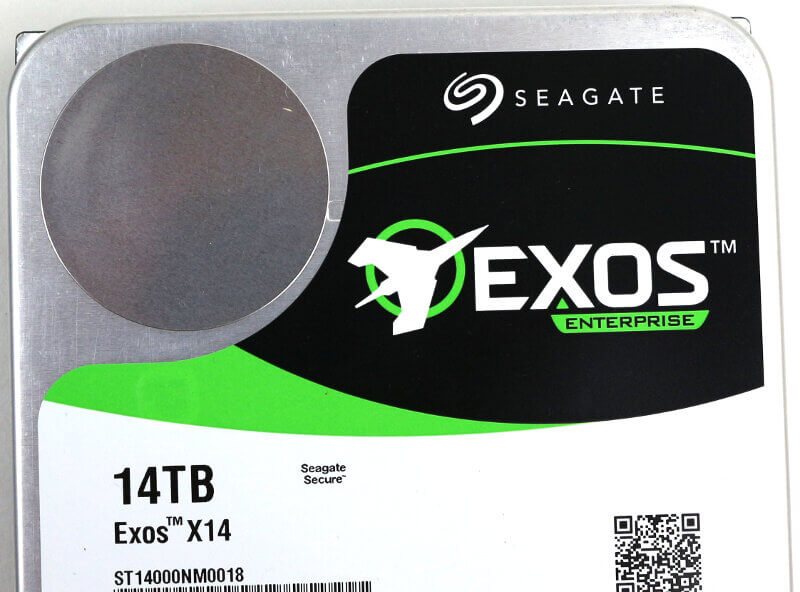 This is an exciting review today as I got the pleasure to check out the brand new 14TB Seagate Exos X14 enterprise-grade HDD. Since the Exos drives are enterprise drives, they aren’t part of the Guardian series; But they could have been. They are all built on similar parts. Still, there are a lot of differences and today we’ll find out what they are.

Seagate’s Exos X, just like the previous Exos S, series is designed for enterprise usage. That said, there is nothing holding everyone else back from using the Exos X drives. Well, the price perhaps, but that is it. It really depends on what you need the drive for. You will need to purchase a drive which matches the usage scenario it is intended for.

While the last drive in the series, before this one, was the 12TB, we won’t compare as much with that one. General upgrade cycles will most likely mean that it is the 10TB version which will be replaced.

Compared with the 10TB version, you get an extra 4TB capacity in a same-sized drive. That makes the math very easy: We get 40% extra capacity without having to increase the footprint of our current setup. Or, you could shrink your current setup size and end up with a smaller unit.

It isn’t just the physical size that shrinks with such an action, the whole setup will use a lot less power. And the power consumption is one of the things where this really matters. If you’re a large scale user, you might have hundreds if not thousands of these drives running. Being able to get 40% more capacity out of the same power is a huge boost for any company. 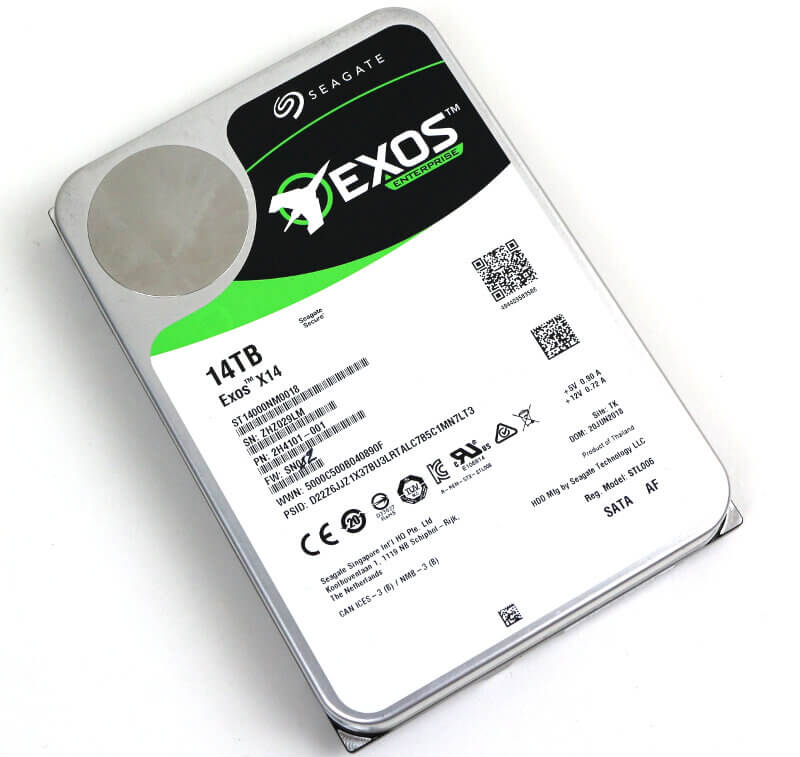 Seagate created the Exos X14 in two versions. There is the 6Gbps SATA3 version which I am testing today and there is the 12Gbps SAS version too. Performance and specification wise, they’re otherwise the same. However, it’s nice that both versions are available as it depends on the host bus which you’ll need. There also are Hyperscale 512e and 4K as well as SED models of both types.

It comes as no surprise that the Exos X14 is a helium-based drive. Otherwise, such capacities simply wouldn’t be possible in 3.5-inch standard size. Inside are eight 1.75TB platters which use conventional magnetic recording, or CMR.

The high-capacity platters present another problem, but not one that can’t be solved. With such a highly packed density, traditional heads get difficulties doing a proper job. That’s where the Two-Dimensional Magnetic Recording, or TDMR, heads come into play. The Exos X14 has 16 of these. TDMR

All that hardware packed together weighs a bit, but it is actually less than the predecessor. We’ve gone down from 705g to 690g, despite a 2TB capacity increase. 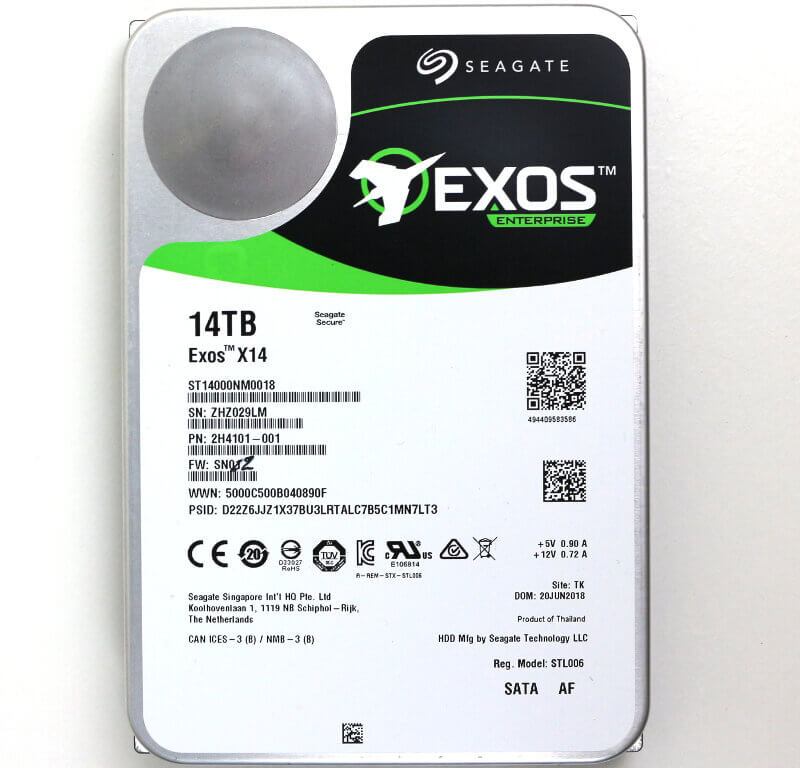 It is time to talk about some numbers. Seagate’s Exos X14 is a standard 7200RPM spindle speed drive with a 256MB cache. So far everything is quite normal. When it comes to the performance numbers, it isn’t normal anymore. We get a 261MB/s sustained transfer speed and an average access time of just 4.16ms.

Enterprise-level drives need to stand up to a whole other workload than SOHO and SMB drives. The Exos X14 will have no trouble here with its 550TB a year rating and an MTBF of 2.5 million hours. Last but certainly not least, Seagate is backing the drive with a 5-year warranty. 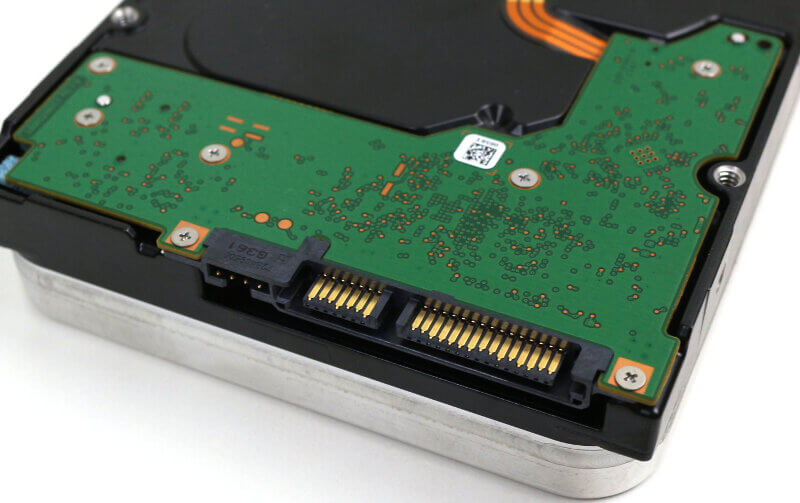 One thing has evolved a lot over recent years and that is security. It’s no secret that data is the most valuable comodo here and recent law changes make it vital that companies secure themselves. Seagate’s Exos X14 comes with built-in security called Seagate Secure. With it, you can encrypt all data without performance degradation.

All in all, it means that users of the Exos X14 won’t have to make a choice between performance and security. Both are part of the package called Exos.

Are There More Features?

You can bet you sweet little patootie that there are. There are Seagate’s PowerBalance and PowerChoice features as well as the Seagate RAID Rebuild.

The PowerBalance feature is mainly for a lower power/performance in random read/write environments. Seagate PowerChoice technology is specifically developed for enterprise environments. It offers more energy efficiency and control over the amount of power hard drives consume. This allows you to dictate the behaviour, allowing you to create the perfect setup for your needs.

PowerChoice technology improves on earlier technology and allows for energy-saving during periods of command inactivity, thus allowing for greater power reductions. As idling time increases, the power-saving benefits also increase. The drives will still respond quickly to commands. Even after long idling periods. In addition, PowerChoice technology supports four customisable modes to give businesses significantly more control of power usage by allowing for up to a 54% reduction in the amount of energy used.

The RAID Rebuild feature explains itself in the name. Decrease downtime with faster rebuilds. 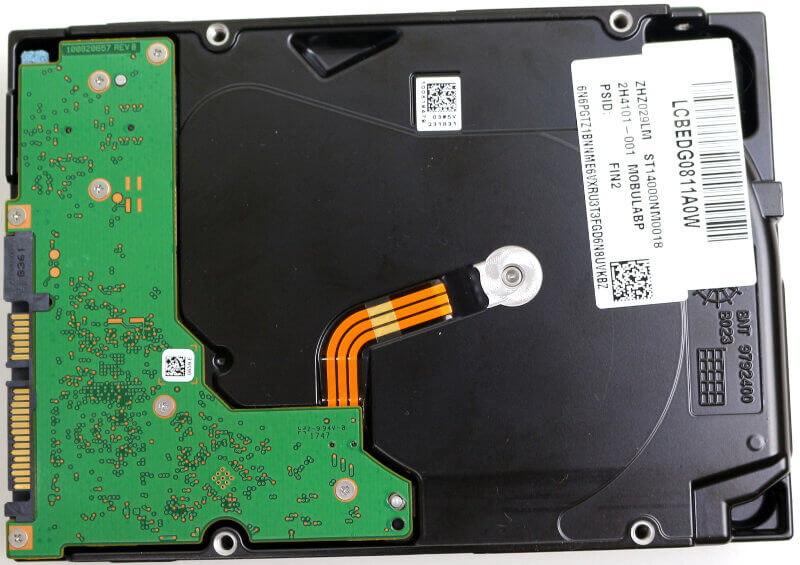 With a 550TB a year workload rating, it’s probably not the drive for most smaller users. It is for large scale servers which process tons of data all day long. Or in other words, if you don’t know why you need an Exos, you don’t need it at all.

This is an enterprise drive and while there’s nothing holding a SOHO user from utilising it, there’s simply no benefit for him.

What Did Seagate Have to Say?

These are the specifications as they are available at the time of this review. Please note that they might be subject to change if the manufacturer updates the products with new revisions.

I got the Exos X14 14TB in a simple OEM package, being an anti-static bag. There aren’t any accessories bundled either, but then again, what would you need? Unpack the drive, plug it into your system, and enjoy the immense capacity of 14TB in a single drive.