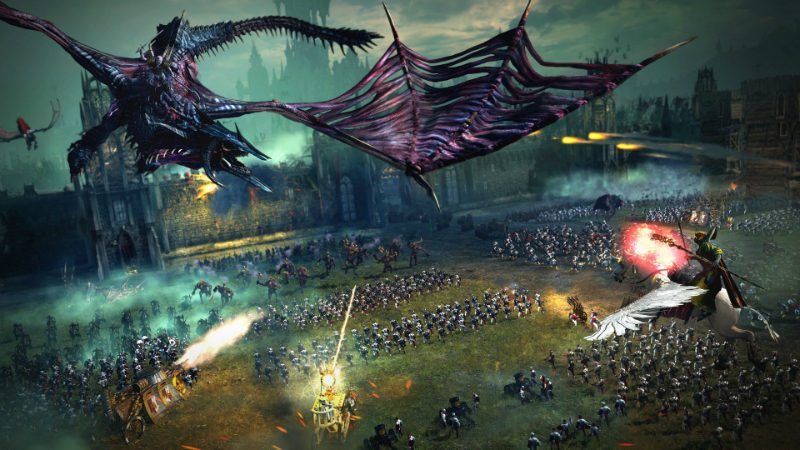 The Total War franchise has entertained fans of the strategy genre who have a penchant for barbaric historical periods since the dawn of PC gaming. Furthermore, these bloody conflicts brought history to life and gave users an insight into the harsh reality of classical warfare. Not only that, the ability to plan strategic onslaughts and react to the enemy’s movements is incredibly satisfying. Of course, Total War titles are set on a huge scale featuring a massive quantity of ground units which requires a thoughtful approach. The latest entry is quite unusual and based on the Warhammer fantasy series. Throughout the game, you can select between four playable factions: the Dwarfs, the Empire of Man, the Greenskins and the Vampire counts. According to Metacritic, the game has received a relatively positive response from both professional critics and PC users.

On another note, AMD has entered into a partnership with Creative Assembly to offer owners of AMD graphics hardware a superb user experience. Interestingly, you can select the latest DirectX 12 API which potentially brings significant performance benefits. AMD graphics cards, in particular, tend to really come into their own during DirectX 12 testing and unless Vulkan becomes popular, it’s the standard we all should be focusing on. Can AMD continue to be the dominant force in DirectX 12 games or has NVIDIA started to catch up? Let’s find out!