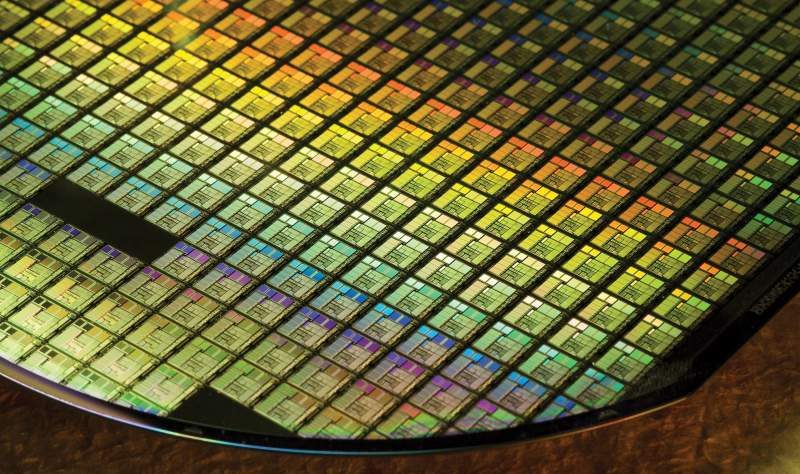 Over the past couple of years, TSMC has been making major investments in silicon production. Even with all the new fabs, however, not everything has been smooth sailing. One probable trouble spot is 7nm which has been slower than expected to arrive. However, these troubles are now apparently past the company. CEO CC Wei has just announced that 7nm production is up with many customer tapeouts to come.

Back before 7nm arrived, TSMC predicted that 7nm would hit mass production in early 2018. While that timetable has slipped a bit, it’s not off by much. So far the early move to 7nm is paying off as competitors Samsung and Intel are somewhat behind. With over 50 tapeouts, 7nm is coming together quite well. The company expects the chips to hit the market in early 2019 at the current pace.

Given the thirsty demand for the latest chips from the mobile sector, Apple and Qualcomm designs will be the first to arrive. Nvidia will be a major customer as will AMD which is reportedly moving GPU production back to TSMC from GlobalFoundries. Given the expected timeframe, we will have 7nm GPUs in our hands probably this time next year. Furthermore, the enhanced 7nm EUV process is expected to arrive later this year as well, offering another boost to the chips.

Finally, the company is confident in their 5nm timeline. TSMC wants to start risk production in early 2019. Full production will likely kick in sometime in early 2020. This lines up with the original plans to kick off 5nm in 2019. With new fabs already under construction, the transition should go well. All that is left is seeing if 3nm will become viable as expected and where silicon and chips go from there.