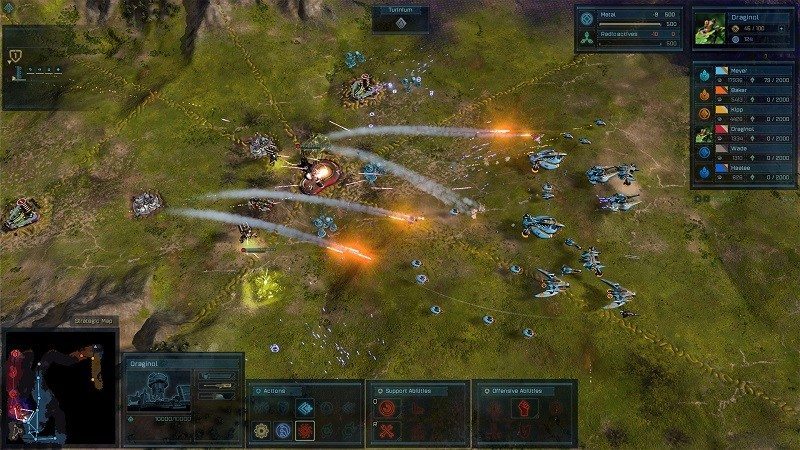 Ashes of the Singularity is a futuristic real-time strategy game offering frenetic contests on a large-scale. The huge amount of units scattered across a number of varied environments creates an enthralling experience built around complex strategic decisions. Throughout the game, you will explore unique planets and engage in enthralling air battles. This bitter war revolves around an invaluable resource known as Turinium between the human race and masterful artificial intelligence. If you’re into the RTS genre, Ashes of the Singularity should provide hours of entertainment. While the game itself is worthy of widespread media attention, the engine’s support for DirectX 12 and asynchronous compute has become a hot topic among hardware enthusiasts.

DirectX 12 is a low-level API with reduced CPU overheads and has the potential to revolutionise the way games are optimised for numerous hardware configurations. In contrast to this, DirectX 11 isn’t that efficient and many mainstream titles suffered from poor scaling which didn’t properly utilise the potential of current graphics technology. On another note, DirectX 12 allows users to pair GPUs from competing vendors and utilise multi graphics solutions without relying on driver profiles. It’s theoretically possible to achieve widespread optimization and leverage extra performance using the latest version of DirectX 12.

Of course, Vulkan is another alternative which works on various operating systems and adopts an open-source ideology. Although, the focus will likely remain on DirectX 12 for the foreseeable future unless there’s a sudden reluctance from users to upgrade to Windows 10. Even though the adoption rate is impressive, there’s a large number of PC gamers currently using Windows 7, 8 and 8.1. Therefore, it seems prudent for developers to continue with DirectX 11 and offer a DirectX 12 render as an optional extra. Arguably, the real gains from DirectX 12 will occur when its predecessor is disregarded completely. This will probably take a considerable amount of time which suggests the first DirectX 12 games might have reduced performance benefits compared to later titles.

Asynchronous compute allows graphics cards to simultaneously calculate multiple workloads and reach extra performance figures. AMD’s GCN architecture has extensive support for this technology. In contrast to this, there’s a heated debate questioning if NVIDIA products can even utilise asynchronous compute in an effective manner. Technically, AMD GCN graphics cards contain 2-8 asynchronous compute cores with 8 queues per core which varies on the model to provide single cycle latencies. Maxwell revolves around two pipelines, one designed for high-priority workloads and another with 31 queues. Most importantly, NVIDIA cards can only “switch contexts at draw call boundaries”. This means the switching process is slower and gives AMD and a major advantage. NVIDIA has dismissed the early performance numbers from Ashes of the Singularity due to its current development phase. Finally, the game’s release has exited the beta stage which allows us to determine the performance numbers after optimizations were completed.