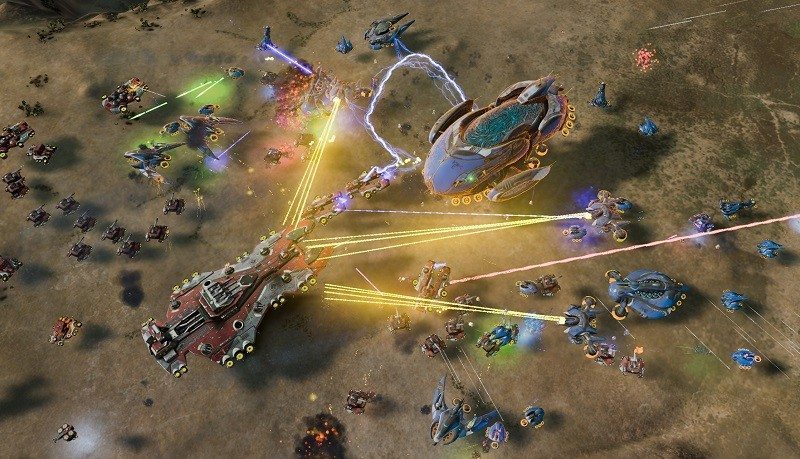 “In Ashes of the Singularity, gamers aren’t fighting a battle, they’re fighting a war,” Brad Wardell, CEO of Stardock, said. “Players command thousands of units across a vast battlefield while building up their economic and technological might.”

“Over the past few months we’ve worked closely with AMD and NVIDIA to fully leverage their hardware,” he added. “Our alpha testers have reported substantial performance gains, which is allowing us to begin lowering the hardware requirements.”

According to the announcement of the public beta on the official website, the game boasts:

“Our goal with Ashes is to help introduce a new generation of gamers to real-time strategy games,” Wardell said. “We want to make a game where players can invite their friends in and be up and playing relatively quickly without a lengthy explanation about how to play.”

The Ashes of the Singularity public beta is available now from Steam and GOG.