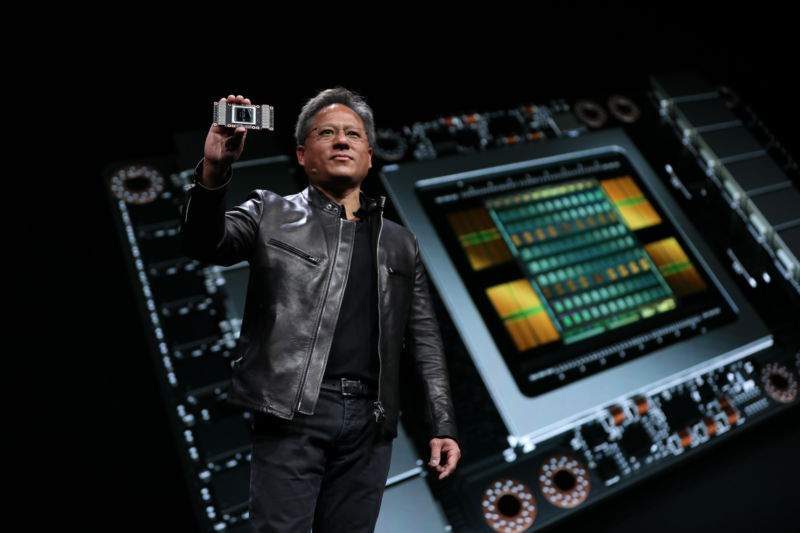 With the Exception of GTX 1060

NVIDIA CEO Jensen Huang recently gave a lengthy Q&A which revealed plenty of information for enthusiasts. It revealed his thoughts about game streaming. He even took time to talk smack about AMD’s Radeon VII. However, another interesting tidbit was about the status of the remaining excess GTX 10-series video card inventory.

The company of course has been left with plenty due to overproduction. Which can be blamed entirely on the crypto mining boom last year. Especially since Huang himself claims that demand was too high that production couldn’t keep up.

However, now he claims that they have cleared their channel inventory and is not a problem anymore. Although he adds that GTX 1060’s are the only ones that have not sold out yet. That last part makes sense since those were the most in-demand during the crypto-boom.

VentureBeat was kind enough to transcribe the lengthy interview, so you can actually read this section directly instead of going through the full video.

Question: Can you tell us more about your problem with excess inventory and how that will be resolved?

A quick look at the video cards directly available at NVIDIA’s website at this time still shows some availability. Although true that their GTX 1080, and 1070 Ti FE cards have sold out, the GTX 1070 is still available. Plus, all the partner cards available as well. 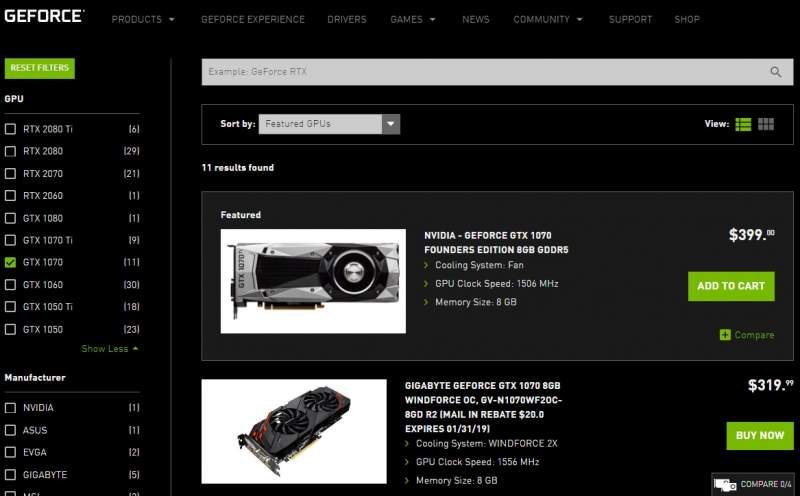 The GTX 1080 stocks directly from NewEgg are also sold-out. However, there does not appear to have any shortages from their featured sellers. There are also lots of GTX 1070 Ti and GTX 1070 as well. 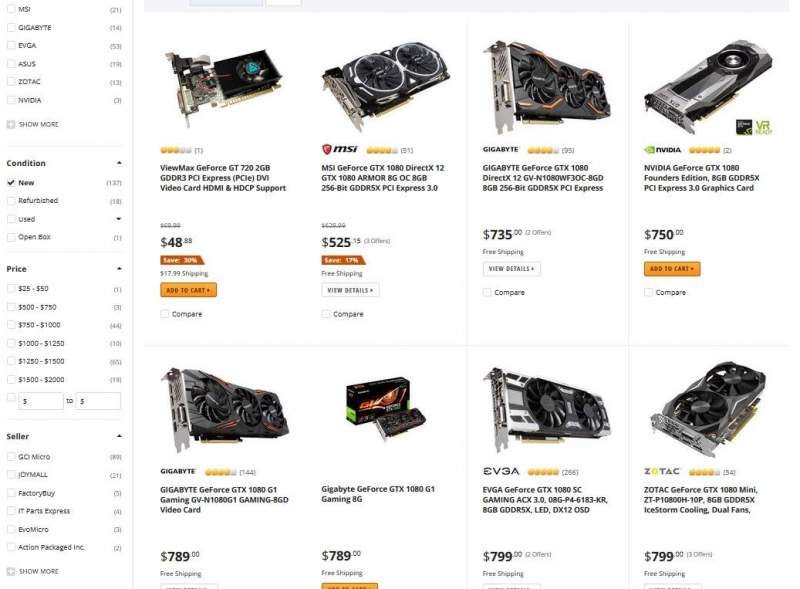 You can actually check what major retailers have via nowinstock.net which has a live snapshot for US, Canada, UK and other regions. While the GTX 1080 is definitely almost entirely “out of stock” in the US, the GTX 1070Ti and GTX 1070 tracker still shows quite a bit of availability. And these are only a small sampling of major retailers, so you can extrapolate the inventory available from other retailers from here. 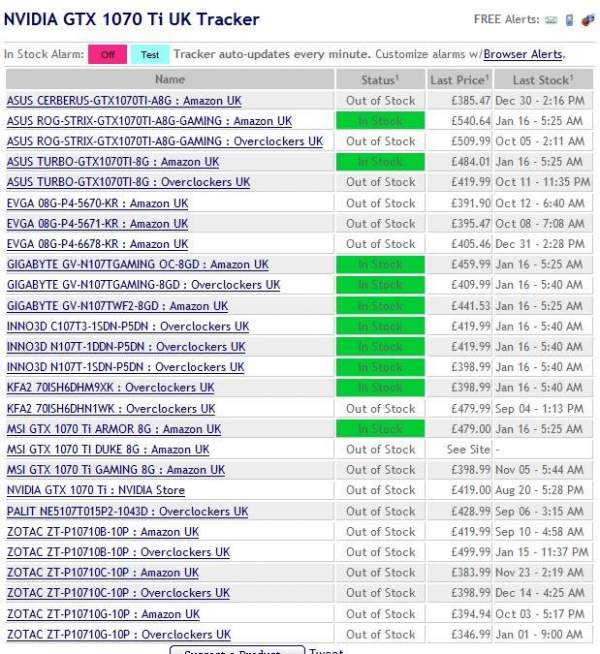