Nvidia RTX Memes Are On The Rise!

Following the formal announcement of the Nvidia 20XX series of graphics cards earlier this week, one of the key points of the presentation was the RTX ray tracing. Like Mr Miyagi’s wax on, wax off, Jensen Huang was giving us, RTX on, RTX off. In fairness, it was pretty impressive. That hasn’t, however, stopped the internet stepping in with some of their own amusing comparisons.

Incidentally, if you missed the event, you can check out our detailed highlights of the event here which we recorded in a blow-by-blow account!

Getting back to the point though, we’ve picked out some of the best memes we’ve seen from the internet regarding the announcement of RTX. As you can expect, they haven’t disappointed us.

Given that Tomb Raider was so heavily featured a comparison was bound to be made. In this instance, Lara Croft has been changed from a dirty-faced girl to a… dirty-faced girl. In fact, I’m kinda wondering if this is a joke at all. Is that what Lara Croft really looks like?

At this point, I’m kinda wondering if RTX is just Nvidia’s version of beer goggles? 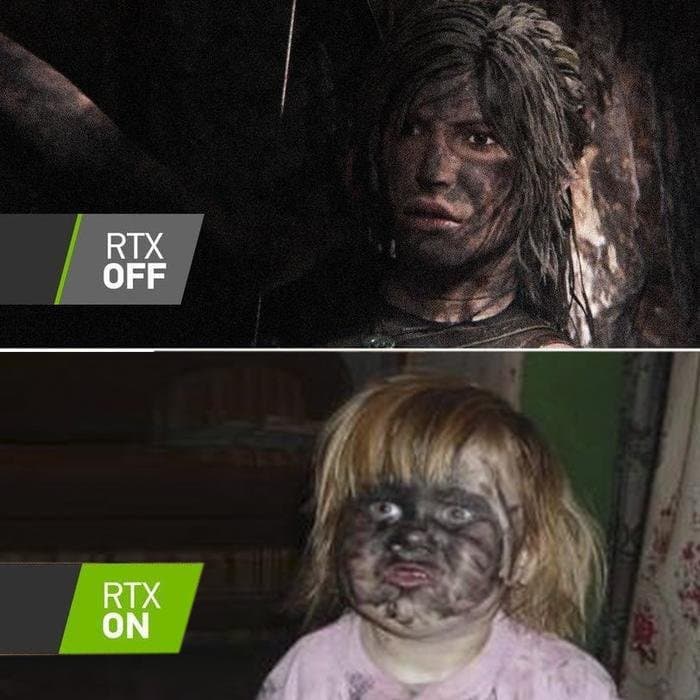 Another popular one is referring to the prices of the Nvidia 20XX cards. If you’re not aware of how much they cost you can check that out in the link here. Putting that aside though, you don’t really need 2 kidneys right? 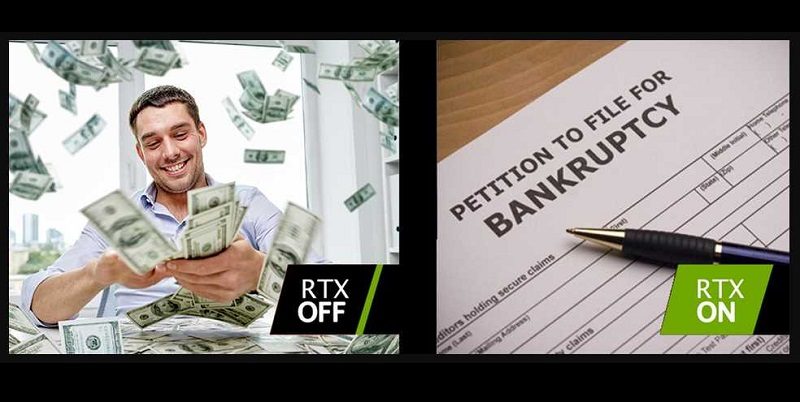 As a bald man, I take some offence at this. If this is how Nvidia is going to portray my head I’ll be damned if I’m appearing in any game! Well… maybe if it’s a dating sim where I get all the hot chicks.

One person has decided to bring Minecraft into the argument. Clearly, RTX is something that got his spidey-sense tingling! 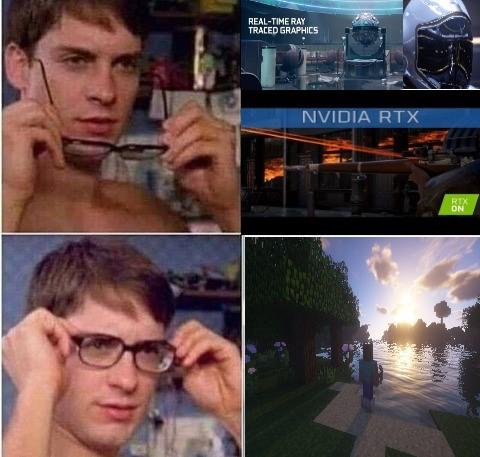 While many of us are drooling over the reported comparative performance boost that the Nvidia 2080TI will give, it does, still, all boil down to money. I mean, how many of you have £1100 ready to throw on this GPU?

A few of us here at eTeknix are considering hanging around on street corners to see if we can raise some funds. We’re not too optimistic about it though! 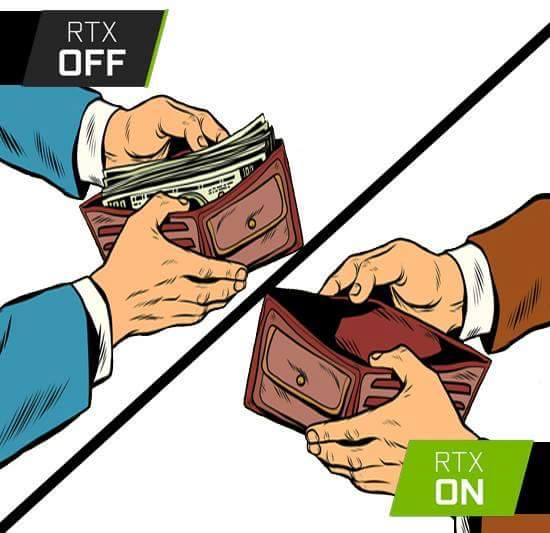 Show Me What You Got!

Have you found any better memes surrounding the Nvidia RTX? Fancy trying to make one yourself? Post a link to it in the comments and if we get enough we’ll do a follow-up!

While the Nvidia RTX 20XX is looking pretty awesome, that doesn’t mean we’re not allowed to have some fun with it either!