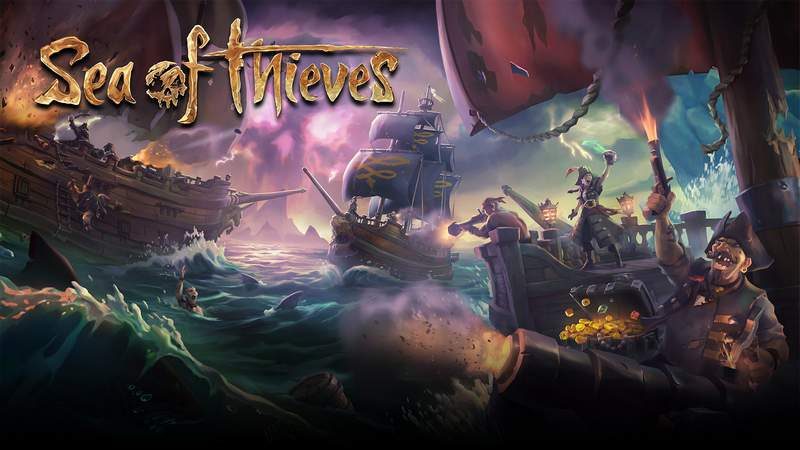 Microsoft along with the team at Rare is proud to announce that Sea of Thieves has now reached over two million players. That is quite impressive considering the game only launched last week. In fact, the first million was sold by launch day. That makes it the fastest-selling first-party new IP of this generation.  It is also the best-selling Microsoft Studios first-party title on Windows 10. The developers even had to temporarily disable achievements being awarded out to allow their services to cope. Just the sheer scale of the messages flowing through them aparently is causing hiccups on the server side.

The game is also popular in streaming services, with more than 100,000 streamers with a total of 10 million hours watched. That certainly helped with keeping the game’s momentum going.

On Xbox Live, the game is credited with more than half a million new Xbox Live friendships, and 400,000 players joined the Xbox Club to find players to share stories with. Co-op games are often hit or miss since many players find it a hassle to play with other people. However, Sea of Thieves thrives from the co-op mechanic and sailing with other people.

What is the Future of Sea of Thieves?

The game certainly has a bright future ahead and Rare Studios will continue to issue updates for the game. In fact, the first major update rolled out yesterday. This improves performance, fixes game crashes and background service upgrades. Players can check out the official developer update page for the latest information.

Microsoft and Rare Studios also promises to listen to community feedback when it comes to improvements. The next round of updates specifically will apparently include a majority of the most recent community suggestions.