Anyone who pays attention to a lot of gaming, TV and hardware news will often see the term 4K bandied about a lot. You see it so much in fact that I often wonder whether people feel a sense of inadequacy about their own systems. Surely if all the buzz is about 4K, that’s what you should be aiming towards… Right?

Well, no. In a nutshell, you shouldn’t!

Quite the bold statement, but rest assured I’m ready to back it up! I’m here to make the case why HD gaming and even TV (also known as 1080p) is entirely suitable. Nay acceptable and good for modern gamers or tech lovers in general.

What Is 4K And Why Is It Important?

The chances are that some people may not know what 4K is or they kind of do, but not really the technical aspects. I’ll, therefore, look to give you a brief breakdown of it. Forgive me if I oversimplify at points, but I don’t want to blind (or bore) you with the science.

In basic terms, 4K refers to the resolution in which the screen displays an image. This is represented by the number of vertical and horizontal lines required to display an image on a screen. The more lines there are, the better the picture. The less, the worse. With me so far?…

This gets a little more complicated when you put computer monitors and TVs into the same category. Particularly when you get into the older designs of both. I will, however, look to break it down for you.

Put very basically, there are 4 general modern standards of screen resolution. These are;

There is also 4320 which is known as 8K. I will not, however, go into that as there isn’t much content, particularly in terms of TV, that supports such a high resolution. There is also the matter of the initial numbers having a p or i following them. We again, won’t get into that but it’s basically how the image is placed on the screen.

So, now you know which is which (following my very slapdash explanation), I’m going to attempt to explain why 1080 (or full HD) is perfectly good! 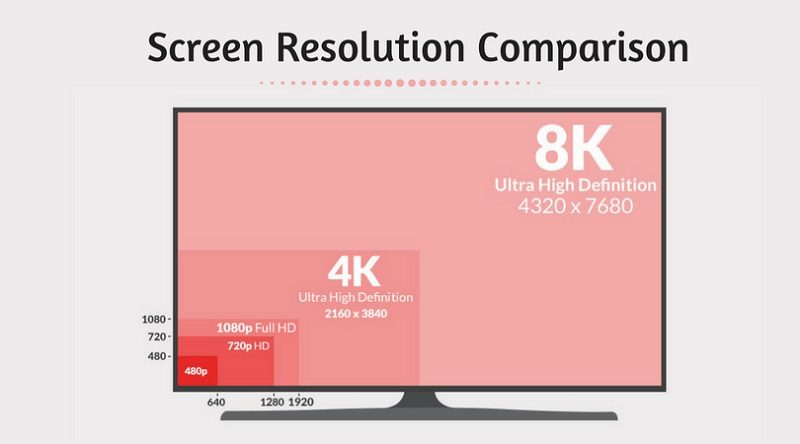 You may have noticed if you were recently shopping for a new TV or PC monitor that 1080p (full HD) seems to be fairly standard. In terms of TV, your only options beyond that go into the 4K and 8K brackets. These almost always a significantly higher price tag. In terms of monitors, you do have the 1440p resolution which offers a nice middle ground, but we’ll get onto that later.

Just because full-HD has become standard though, it doesn’t mean it’s bad. In truth, very little in terms of standard gaming or broadcast TV is capable (under the present technology) of displaying any higher.

The reasons why anything above and beyond full-HD gets difficult varies depending on what we’re talking about. As such, I’ll break it down into two categories. This will hopefully help keep things as simple as possible.

The Practicality of Owning A 4K TV

When you’re in the shop, it’s hard not to get blown away by the difference in quality seen in a 4K TV. The images are sharper, clearer and (usually) the colours are far more vivid. When you buy it, take it home, and plug it in though, suddenly the fact dawns on you that you have very little 4K content you can actually play on it.

While YouTube is a decent source, you didn’t buy a 4K TV to do a glorified YouTube search. There are other others. For example, you can subscribe and pay for access to a 4K TV service (such as that offered by Netflix or Sky). These subscriptions usually come at a notably higher cost than standard packages and having a decent internet connection (24mbp minimum) is nearly always required. At such, 4K access may not be as simple as you think!

I shouldn’t skim over the fact that 4K (UHD) discs exist, then again though, you need a special player to run them. Even a standard blu-ray player will not run UHD (Ultra high definition) discs.

So on the whole, it’s tricky getting the most out of your 4K TV. There are, however, some bonus’ to standard content on a 4K TV. For example, depending on the model, your TV might attempt to ‘simulate/upscale’ 4K from lower resolution video. This is, however, very hit and miss with the quality/success and is almost entirely determined by the source material and the manufacturer of the TV.

In brief, you can buy and own a 4K TV, but the chances are that 90% of what you watch will be based upon much lower resolutions. As such, is spending the extra to have the 4K really necessary? No, it isn’t! It’s good, but there isn’t much to watch without spending more!

It’s hard to argue that 4K gaming looks fantastic. Often, once you’ve tried it, it can be hard to go back. There is, however, generally one major problem with 4K gaming. You (not always, but often) need an exceptionally strong system to run it well. When you compare it to standard full-HD, you are essentially asking your PC to work 4 times as hard as it would to produce a single line of graphics in 4K. That’s quite a lot when you think about it.

Most people who play games in 4K nearly always have to compromise in some areas to get a solid framerate. This may be dumping the graphical/shadow quality down until it runs well or simply locking the framerate to around 30fps. Put simply, while 4K 60FPS gaming is certainly a popular ‘buzz term’, it’s reality is very far removed for the vast majority of PC owners.

On a fairly decent mid-level PC though, you can generally run the vast majority of AAA-games at 1080p resolution in at least very-high or ultra graphical settings. The resolution may be lower, but the overall quality of how the game presents itself is much, much higher. In basic terms, it just runs better!

For 4K gaming, in addition to needing a good system, you also need a monitor capable of producing a 4K resolution. For one with a decent Hz rate (which by proxy can display faster frame rates), you’re looking upwards of £500 and more! Before you think about simply hooking your PC up to a TV, note that most 4K TV’s are relatively low hz rates and also operate at a much lower ‘input’ level than PC monitors meaning you might experience delays.

What about consoles such as a the PS4 Pro or Xbox One X? Well, most of those cheat to achieve a solid 4K by locking the display output to 30fps.

In a nutshell, while 4K gaming is possible. Unless your system is remarkably good, the chances are that the experience will be very underwhelming unless you have the system to back it up. A system that’ll probably cost you a minimum of £1,200!

My Case For Full HD

I’m not going to try and tell you that higher resolutions are not more preferable. As I write this I have a 1440p resolution monitor and a 4K TV in the same room as me. They’re nice! Very nice in fact! Ultimately, however, despite owning this, I know full well that there is nothing wrong with full-hd/1080p screen resolutions.

In terms of accessibility for PC, 4K gaming is nearly always based on having a good system (and, as above, an actual 4K capable monitor). Most don’t and as such aiming for that 4K promised land is often a disappointing experience. For TV, it’s simply the fact that most 4K content is behind a pay-wall of some description.

You may note at this point that I hadn’t once mentioned the size of the screen. Well, a bigger screen is always nice and will always add to the price. In terms of pricing though, a 4K display that costs the same as a 32″ full-HD display will nearly always be at least 5″ smaller. The price of the 4K resolution massively outweighs the price of the screen size!

In conclusion, just because ‘full-HD’ may have become the standard. It doesn’t make it bad! More so, you shouldn’t feel embarrassed by using it or harbour the uncontrollable need to improve upon it! For PC owners, if you simply have to make that upgrade, consider 1440p as an excellent middle ground.  Its none-to-taxing on the system and large 1440p monitors can be surprisingly good value.

Just because everything says 4K at the moment, don’t feel as if you’re missing out on anything too amazing. As things stand, 4K is a massively overstated position. One that generally promises a lot more than it delivers! 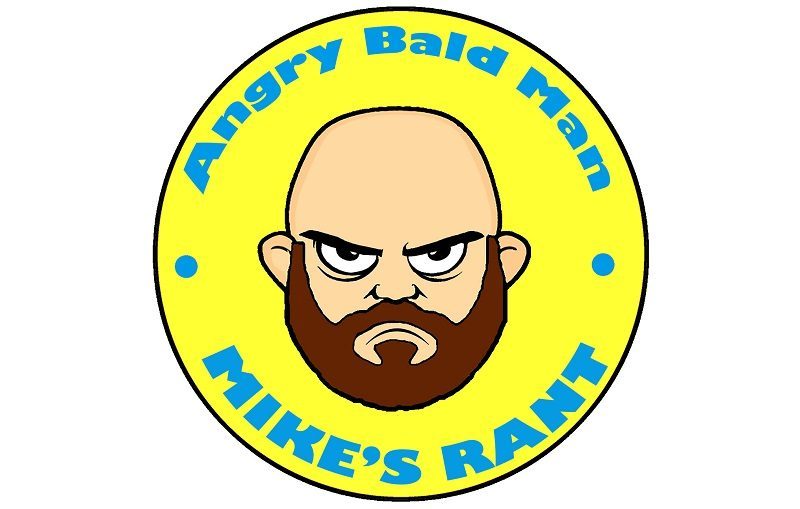 Mike is currently having to babysit on his own while his wife is off. As such, he’s likely a bit angrier than he usually might be. Either way though, ‘Mikes Rant’ is an opinion piece. As such, his (often misguided) opinions may not reflect those of eTeknix. So please don’t shout at us!